Dale At Peace With Task Ahead Of Honest Man

Trainer Matthew Dale has always believed in playing to a horse’s strengths and that’s what stands consistent galloper Man Of Peace in good stead for what he sees as a stern test at Randwick on Saturday.

The seven-year-old has only had 12 starts since moving to Dale’s Canberra stable, six of them have been at Randwick for three wins and two close seconds so he’s very much in his comfort zone when it comes to Saturday’s Drinkwise Plate (1600m).

“Out of his 12 runs for me three of them were with bar shoes on and if you take those out of the equation he’s had four wins, three of them on Saturday in Sydney, and has only been out of a place once,’’ Dale said.

“His form is very honest, he can handle any track condition and he particularly likes a wet track.

Man Of Peace wins at Randwick on May 23

“You know what you’re going to get, he rolls forward and he’s tough. It’s a harder race again but once again he finds himself with a very light weight and the sting out of the track.’’

Dale was unable to retain apprentice Louise Day from their win at Randwick two weeks ago, she was secured early to ride Etana in the race, but snapped up Rachel King to keep the gelding right down in the weights.

He’ll only carry 1kg more than in his gritty win over Outrageous and while that was 1400m Dale said the step up to the mile should hold no fears.

“We never thought he was a miler originally but last time I tested him at a mile it was probably his best performance when Mugatoo got him on the line (in January),’’ he said.

“It was great we were able to secure Rachel as there’s only a small pool that can ride light so we were lucky to be able to use the 52kg.’’

Despite his credentials, Man Of Peace is a $12 chance with TAB to win on Saturday but Dale said he’s at the top of his game and can only expect the horse to put in once again.

“He hasn’t taken a backward step since last start, third-up to a mile looks suitable and if he can get a nice rolling rhythm up on the speed he will be competitive again.’’

Dale expects stablemate and last start winner Biscara to struggle to gain a start as fourth emergency in the TAB Highway (1100m) and said he’ll look to either Warwick Farm on Monday or a race at Moonee Valley next weekend. 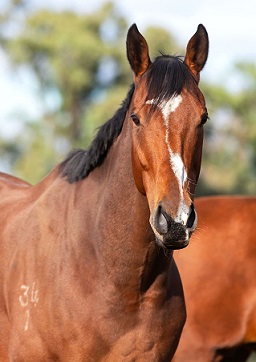 The gelding, known as Ralph, won 10 of his 39 starts and just under $2 million, he was placed in five Group 1s and contested the inaugural running of the TAB Everest.

He’s been taken in by Glenn Burrows at Willow Park Stud in Scone and will play a role in nurturing new generations of racehorses.

“He’ll be looking after weanlings and yearlings, it’s really good to have a purpose and a good farm to live out his future,’’ Dale said.

“He’s probably not ideally suited to the equestrian fold so this was the next best thing and we’re really appreciative of Glenn for taking him.’’

Dale said naturally it’s going to be hard to replace a horse like Fell Swoop who he says took him and the owners on an “amazing journey’’ for six years since his debut in 2014.

“They don’t come around very often as everyone knows, it was a sad day when we retired him but it was no doubt the right call and he went out a sound horse and in very good health,’’ he said.