Crockett Heads To Royal Randwick With A Strong Team

The emotions will be running high for rising young trainer Cameron Crockett who brings his strongest stable representation yet to Royal Randwick on Saturday.

The Crocketts are mourning the recent passing of family patriarch and famed horseman, Max Crockett, whose ashes will be spread at the iconic track where he pre-trained and was close friends with the racing elite: “We’ll be honouring Dad’s wishes - that’ll happen early in the New Year,” Cameron explained. 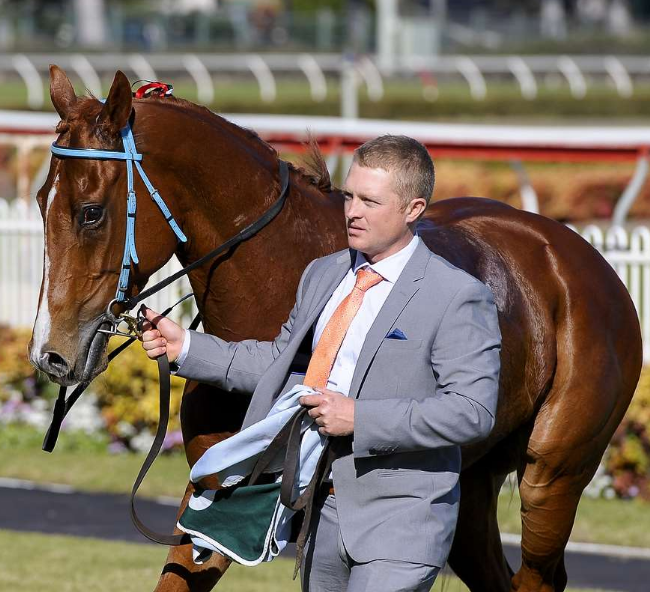 Cameron Crockett with Nictock after a city win. Image by Bradley Photographers

Cameron’s major stable relocation from Mudgee to Scone has understandably been delayed until March but he returns to headquarters with three contenders in respective races on Saturday.

“We’re ready and coming down with some confidence,” Cameron enthused. “They are all in nice order since a spell and well weighted in suitable races, especially the weights in the Highway.”

A natural speedster that is rarely led, Ori On Fire, in particular, brings compelling credentials into a series flyer. A three-race winner, Ori On Fire finished third in the Mudgee leg of the Country Championships last season.

Cameron was convinced only the bog track beat him when he led. And then he led again and was beaten in a photo by talented Nic’s Vendetta in a TAB Highway at headquarters in April.

He said the horse has progressed since a spell and second-up, is attractively weighted as his 58kg is reduced by Robbie Dolan’s 3kg claim.

And from a handy draw he can be guaranteed to lead or be close to it: “That’s the plan, he’s really well in, drawn well and has the proven Highway form.”

However, Cameron also made a strong case for outsider Andy’s A Star who has also been entered at Scone.

“We haven’t finalised things yet; he was drawn inside at Scone and obviously wide in the Highway. But this horse has always shown us plenty of ability and I’m leaning towards the Highway.

“There a heap of speed and pressure and on the limit weight, he’s got the ability to get over the top of them. He’s been unlucky not to have won more races - he’s certainly up to the grade.”

Aside from his race commitments, Cameron can be guaranteed to catch up with many of Max’s associates over many years.

Among them, one of Max’s very best mates, highly-respected Les Bridge who has three contenders on another big day at headquarters. Mackellar’s Love was Max’s last runner, sent to him from Les last year.