A former Queenslander, sacked without ever making it to the racetrack, adds a measure of intrigue into Saturday’s TAB $75,000 Highway Handicap (1800m), amidst a tremendous Group racing day and 10 events at Royal Randwick. 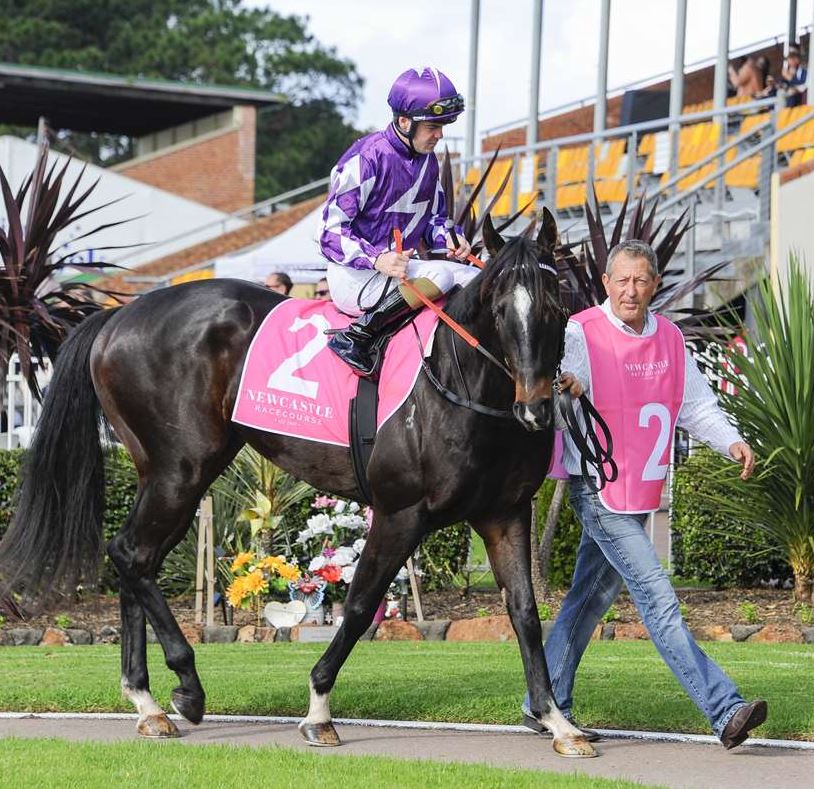 Trainer Tony Ball leads around one of his gallopers at Newcastle. Image by Bradley Photographers

“He’d trialled a few times without showing them anything - Aquis thought he wasn’t city class and moved him on but I liked his breeding for country grade,” explained Ball, who started his career at Taree and then spent a decade with Godolphin before returning home with a rebuilt team.

“A leg operation also put him way back - six months off, really late to mature to get him into a decent prep as a four-year-old.

“But once we got him right, he came back a different horse when we put him out in distance. Just flying right now; has put a couple together really strong.

“He’s up in grade, but the form he’s in, the time was right for crack at that prizemoney. He can stay and the big thing is he’ll handle the heavy.”

Tony, the son of northern rivers racing great Peter Ball from Gladstone (NSW), comes to town occasionally and reckons he’s got plenty in his favour at value odds ($11 on TAB fixed odds) with Senatorial.

“He drops a stack in weight, eight kilos with the claim from his last win. He’s won at 2100m and he’s race fit, in form.

“With all this rain and the way Sydney tracks have been playing that 1800m on Saturday will be like 2000m in the heavy and we’ve got no weight.

“Looking at the form most of them are unknown in the conditions and at the distance.”

Senatorial is allocated 54kg less the 3kg allowance for Mikayla Weir who rode him for successive strong wins over 1600m and 2018m at Taree recently.

“This gelding will settle back, that’s his pattern and you don’t change what’s winning races. He’ll be strong in the going and the long straight will suit us.

“He did run a decent race in a Canterbury mid-weeker last season and was placed at Wyong and he’s a more seasoned horse now.

“City benchmark and provincial form is always a decent guide to Highway races.”

Mikayla, a maximum claimer, has ridden Senatorial in most of his starts for Ball.

“He relates to the girls, Mikayla understands the way he has to be ridden - quiet and with the last crack. She’s ridden him a treat for both wins.

“We don’t have to give the little girl any instructions. Just leg her up, wish her luck and hope they’re good enough.”

Senatorial might be jumping a grade but with his stamina and wet track credentials, the odds are appealing to find out on the big stage.