Newhaven Park Country Championships Looms Large For Another One

The big money offers are persevering but the refusals unwavering from tiny Tullibigeal and Wagga Wagga owners of boom youngster Another One, ambitiously targeted for far bigger occasions than Saturday’s TAB, $75,000 Class 3, 1200m Highway Handicap at Royal Randwick.

Gary Colvin’s precocious three-year-old, after an original $400,000 Hong Kong bid and Highway success, has been set for the upcoming Newhaven Park Country Championships. 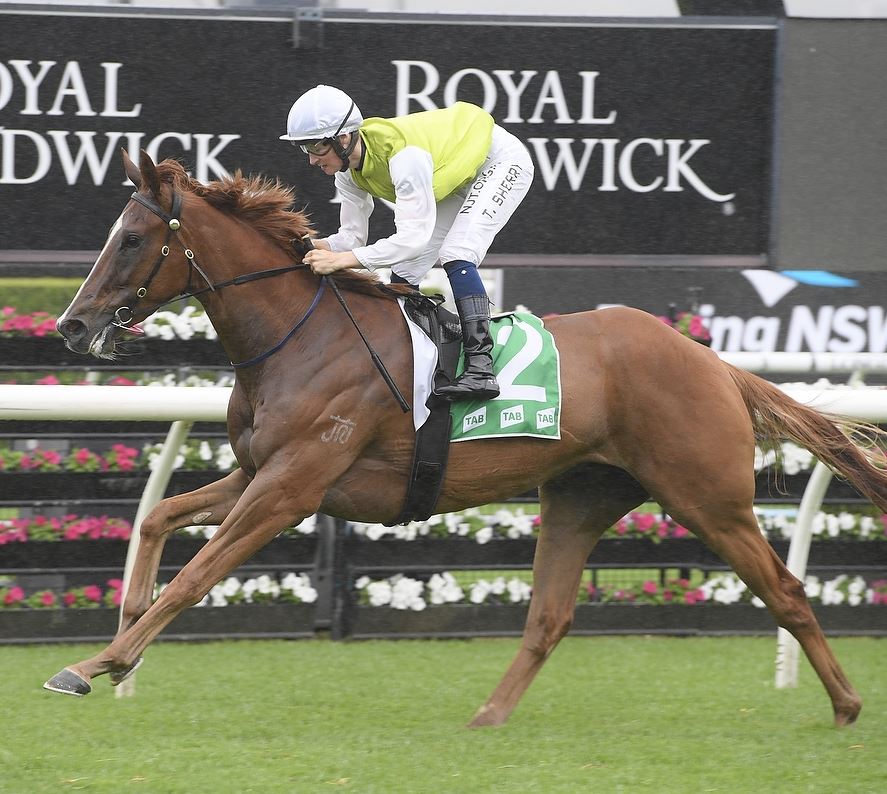 Another One (Tom Sherry) cruises home at Royal Randwick. Image by Bradley Photographers

The series generates similar excitement in regional racing as the multi-million dollar The Kosciuszko.

“We’ve had other overseas offers since the first one, but I told the owners it can be near a bloody lifetime to get a good horse - let’s enjoy it,” trainer and part-owner Colvin enthused.

He was taking a break from fencing on his Wagga Wagga farm near the local racetrack: “Our syndicate is family and mates, we agreed not to sell.”

On Saturday Another One has 59.5kg as a 72 top rater, reduced by the 2kg claim for brilliant Irish apprentice Tom Sherry. The Super One gelding is primed by a recent home barrier trial win.

“We’ll have some fun if we can build up his benchmark and he progresses enough to make the Championships - he’s three from five.

“The owners have planned to fly to Sydney if he can qualify for the big one from our home leg. After he won at Randwick we decided to set him for the Championships. Why not?

“He’s winning like a smart horse, we don’t know how good he could be.

"He’s had a real quiet trial and where we want him to be for Saturday. We booked Tommy again well in advance.”

One of the hottest prospects in regional racing rises only 1.5kg after Sherry’s 2kg claim after a spectacular 1300m Class 2 series win at headquarters in late December with 56kg after a 2kg allowance.

The flashy chestnut accelerated from the extreme outside and won by a widening three lengths, unextended in smart time. Vitally the gelding is proven on rain-affected tracks.

“He's back a bit in distance but that's no problem fresh; he’ll be on-pace again from the good draw.

“We’re coming up Friday, staying at Peter Robl’s at Randwick. We’ll know a lot more on Saturday. Never get ahead of yourself in this business when they go up in grade.”

The Southern Districts qualifier is run at Wagga Wagga on February 20. Another One won a home track 1000m trial on January 21.

Highway form students were on high alert last April when Another One on debut finished an unlucky second to Lion’s Roar who progressed spectacularly to run second in the Group 1 Spring Championship in October to classy Montefilia.

Headquarters is currently rated a Soft 7 but rain is forecast later in the week.

Another One’s second behind Lion’s Roar was on a Heavy 8 and then he then won at Wagga on a Soft 6 so it's logical he heads the betting at $2.50 on TAB.

On the strength of his Lion’s Roar form, the ease of his subsequent Highway win where Saturday’s weight rise shouldn’t substantially erode a wide winning margin and proven credentials on wet tracks adds to an appealing package.