Hawkesbury trainer Bernie Kelly has both a good horse and a sense of humour.

On Saturday, Kelly provided Hawkesbury with its sole outright qualifier in the $500,000 Polytrack Provincial Championships Final (1400m) at Royal Randwick on Saturday week when his talented gelding Bobbing put up an outstanding performance in the “last showdown” at Wyong. 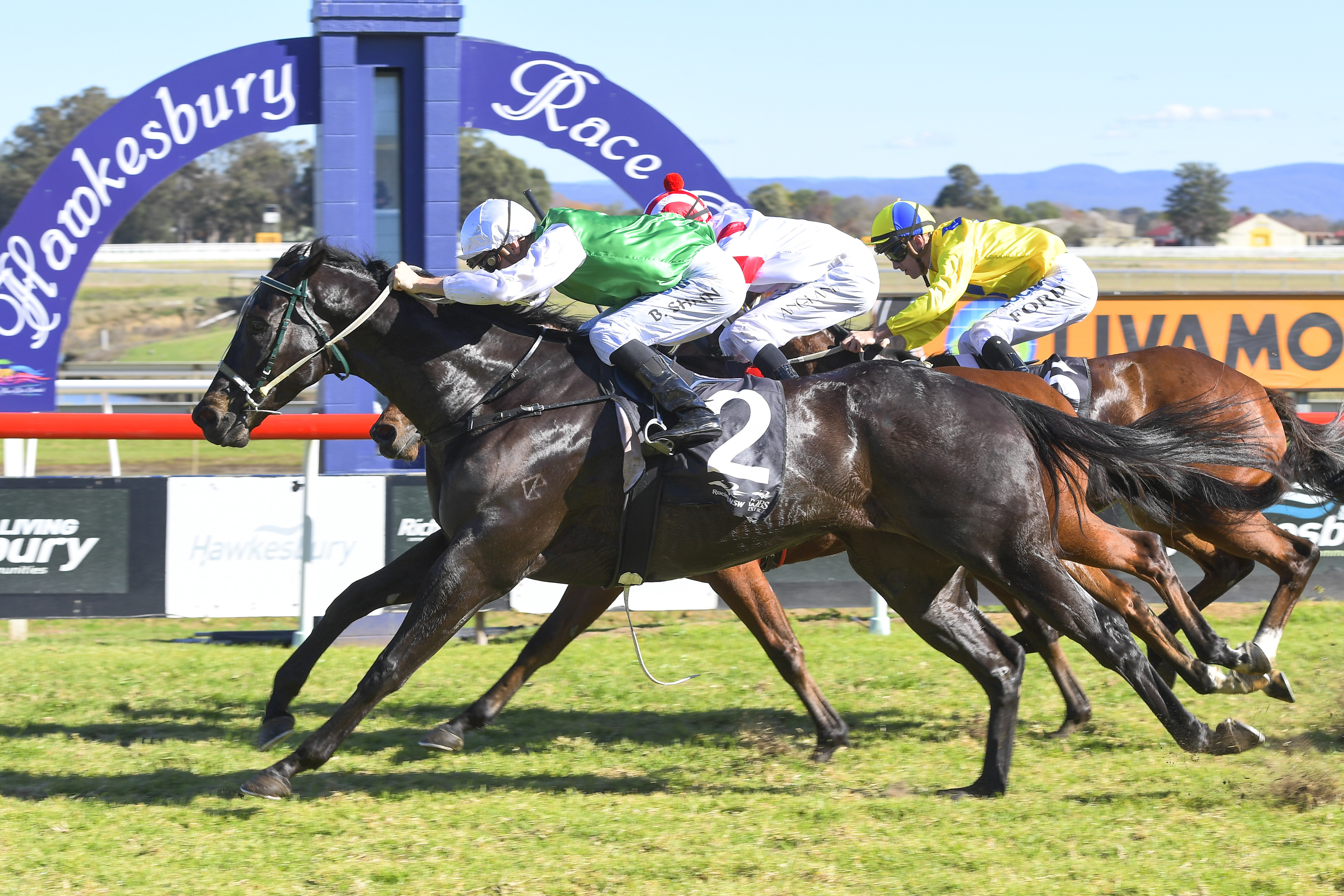 Bobbing (Blake Shinn) gets up to score at Hawkesbury. Image by Bradley Photographers

Resuming after an interrupted preparation, Bobbing ($4.20 favourite) claimed one of the remaining three places in the 15-horse field when he came from last and circled the field before going under narrowly to city winner Turnberry ($7.50) in the fifth and final $150,000 qualifier (1350m).

He was partnered for the first time by Koby Jennings, and Kelly and his wife Ann clearly were happy with his effort to get the lightly-raced five-year-old into the rich final on Day 2 of The Championships.

When contacted today as to whether a booking had been made for Saturday week, Kelly gave a humorous response.

“Koby Jennings,” he said. “I’ve confirmed it with both managers (wife and jockey)”.

He was referring not only to Jennings’ riding agent Josh Barrett, but also the jockey’s partner Nerissa Copp, who works for fellow Hawkesbury trainer Brad Widdup.

It was through’s Barrett’s association with New Zealand jockey Rory Hutchings that Jennings gained the mount on Bobbing for the last remaining qualifier at Wyong.

Hutchings rode Bobbing when he overpowered his rivals to win the inaugural Spring Provincial Series Final (1600m) at Kembla Grange on December 1.

However, he has been battling with his weight and decided to return home.

“I managed Rory when he won on Bobbing,” Barrett said.

“We have a big opinion of the horse and Bernie gave me so many chances over the last few weeks to take other rides for Koby as he wasn’t sure what he was doing with the horse.

“But I told him we were more than happy to stay on Bobbing until the last minute as we didn’t want to miss out.”

In spite of his brilliant first-up performance at Wyong, Bobbing has been generously listed as an $11 chance with TAB in the fixed odds market on the Provincial Championships Final.

Kembla Grange-trained Archedemus, winner of the Newcastle qualifier, is the $4 favorite ahead of Spring Charlie ($6) and his stablemate and Hawkesbury opening heat winner Safado ($7).

Golden Tycoon and Evalina, who ran the quinella in the Gosford qualifier (which had to be transferred to Newcastle because of rain) are next at $8.

Jennings’ booking for Bobbing in the Provincial Final means he is returning to the scene of his stakes breakthrough. He won the 2016 Listed June Stakes at Randwick for Newcastle’s Kris Lees.