It took only a couple of minutes for jockey Tommy Berry to be sold on the chances of Japanese visitor Kluger in Saturday’s Group 1 $3m The Star Doncaster Mile (1600m). 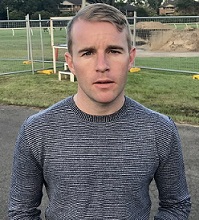 Berry put the seven-year-old through his final piece of trackwork prior to the Doncaster in a 1400m gallop at Canterbury on Tuesday morning and jumped off suitably impressed.

Kluger has been in Sydney for two weeks and appears to have acclimatised well.

As is the norm for the Japanese visitors he did a lot of walking, cantered a couple of laps of the Polytrack then after his grass track gallop he did some more light work on the synthetic surface.

“He surprised me because I’ve watched a lot of his trackwork videos and he’s looked sluggish and laid back but his work was very sharp,’’ Berry said.

“He got to the top of the straight, changed legs and attacked the line well late. I was very pleased to see that.

“He’s a beautiful type, carries himself quite well and he’ll acquit himself well in the Doncaster because I don’t think it’s the strongest Doncaster so he’s the right horse for the job.’’

Kluger, trained by 2015 Japan Cup winner trainer Tomokazu Takano, has five wins from 19 starts and hasn’t won since April 2016 when he took out the Group 2 Milers Cup (1600m) at Kyoto.

His two lead up runs before travelling to Sydney were on dirt and according to Berry, having had a look at them, were tough conditioning runs so he’s arrived very fit.

“Sometimes when the Japanese horses come over they can be a bit one paced and that’s the way he was looking to me before I rode him,’’ he said.

“They are tough, big strong horses. We probably haven’t seen them bring a topliner over here but hopefully this guy can step up.

"He hasn’t won for a while but this is the easiest race he’s met for a while.’’

Takano has told Berry that Kluger is a horse that likes to race midfield and should be strong at the end of the mile.

“I’m going to have to keep him on his toes, I’ll have to wake him up a bit out of the barriers,’’ Berry said.

Japanese visitor Kluger completes a 1400m gallop at Canterbury with @TommyBerry21 in the saddle. Runs in the G1 @TheStarSydney Doncaster on Saturday. @tabcomau @7horseracing @HorseRacing_JPN pic.twitter.com/VLlQigky2W

Meanwhile, Berry says he’s still hurting from Pierata’s narrow miss in The Galaxy last month but is confident the four-year-old can ring up a valuable Group 1 win in the $2.5m TJ Smith Stakes (1200m) on Saturday.

Pierata’s appearance in the race will be particularly interesting as he won the Sydney Stakes back in October in faster time than The Everest prompting many to wonder how he would have measured up.

With Redzel, Trapeze Artist, Osborne Bulls, Shoals, Santa Ana Lane and Vega Magic among his rivals that question may well be answered.

“The 1100m was a little but short for him the other day, he peaks third-up and I think he will be very hard to beat,’’ Berry said.

“It’s one of the strongest editions of the TJ Smith we’ve seen in quite a while but it doesn’t matter if it’ll be soft or dry he excels in any conditions.’’

All the entries, form and replays for Day 1 of The Championships at Royal Randwick