Tracey Bartley is justifiably proud his small stable will be represented in the $500,000 Polytrack Provincial Championships Final at Royal Randwick on April 13.

His consistent mare Miss Redoble secured her spot in the race with a convincing three-length win in the Kembla Qualifier last Saturday.

But Bartley isn’t finished there and believes his last start winner McCormack ($14 on TAB fixed odds) could give him two chances in the Final. 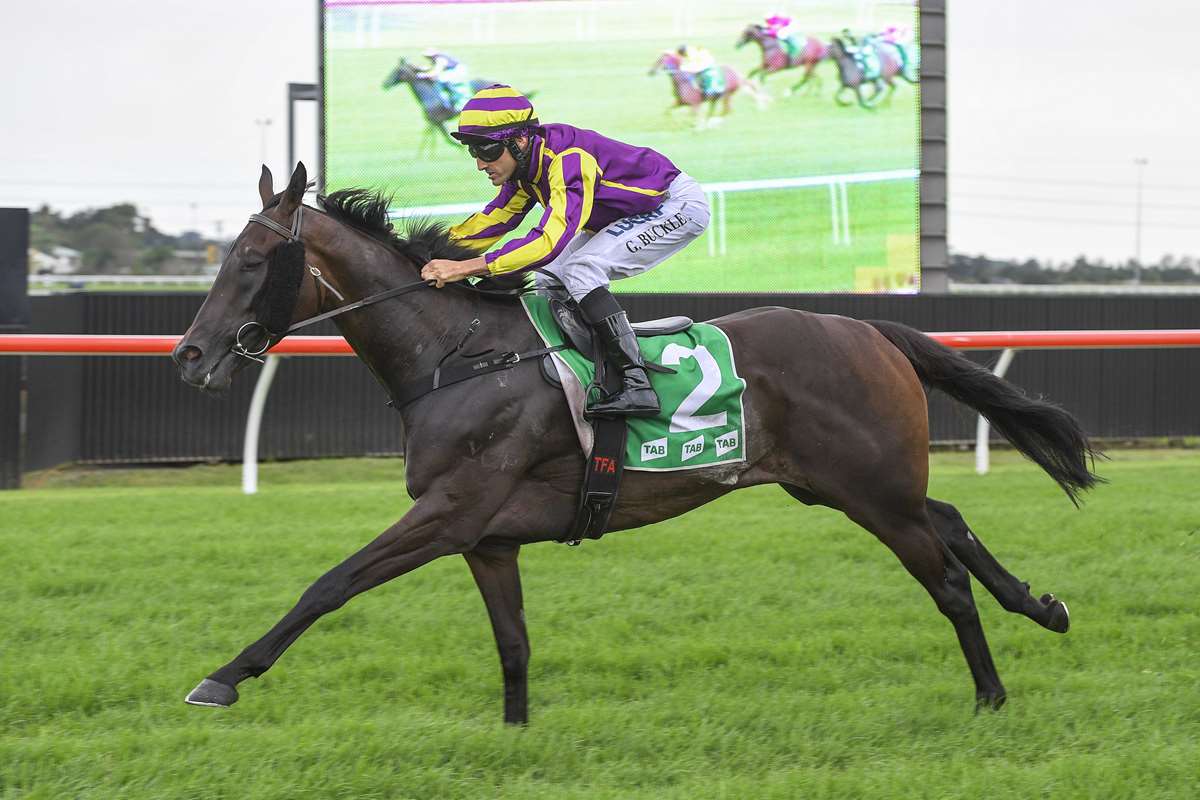 “He won pretty well at Kembla on Saturday over 1400m and has pulled up pretty well,” he said.

“I had decided before the race that if he won, he should have a go at the Wyong Qualifier.

“It was a bit of a tough run at Kembla, but he came home and licked the bin, so it’s all systems go.

“I’ve just been giving him a trot and canter and he had a swim this morning.”

Bartley said three-year-olds didn’t have a great record in the Provincial Championships, but he was hoping McCormack could buck the trend.

The Eurozone gelding has had three wins from just five starts and Bartley has always had a good opinion of him.

“I thought he was a pretty nice horse from day one. He’s one of those arrogant horses but he’s putting together a good record and I’m rapt to be training him.”

Bartley believes there will be plenty of speed in the race and would ideally like McCormack to be just behind the leaders.

“They will go very hard in this race on Saturday, no risk in the world, and I think from the four barrier we will be fourth or fifth at best in the run.

“He won’t be second like he was the other day but he’s bouncy and he’s well so who knows.”

McCormack is owned by Andrew and Mary Phillips and family from Tamworth, new owners to the Bartley stable.

“They gave me this bloke and Commute to train, and both are going really well,” he said.

“They are really excited about McCormack racing in the Qualifier. It took them six hours to get the Kembla the other day. They were so happy with the win and will be heading to Wyong on Saturday.”

Bartley said Miss Redoble had pulled up well from her win. The mare was sent out at $51 and upset many of the more fancied runners but Bartley was always confident she would race well.

Bartley was full of praise for the Provincial Series.

“For a small stable with only 16 horses it’s a great feather in our cap to have a runner in the Final and possibly two,” he said.

“It’s not like a Group One race but it’s very good for us provincial trainers, and we are all aiming horses towards these races.”

The club has a huge day of entertainment planned, with the first of eight races at 1.34pm.