Avdulla To Pilot The Talented Graff First-Up In Concorde Stakes

Brenton Avdulla has been confirmed as Graff’s rider for his resumption in what is shaping as an exciting $160,000 Concorde Stakes at Royal Randwick next Saturday (7th September).

Graff will kick off his four-year-old season in the 1000m Group 3 sprint, and Lees is viewing it as a defining race for the spring. 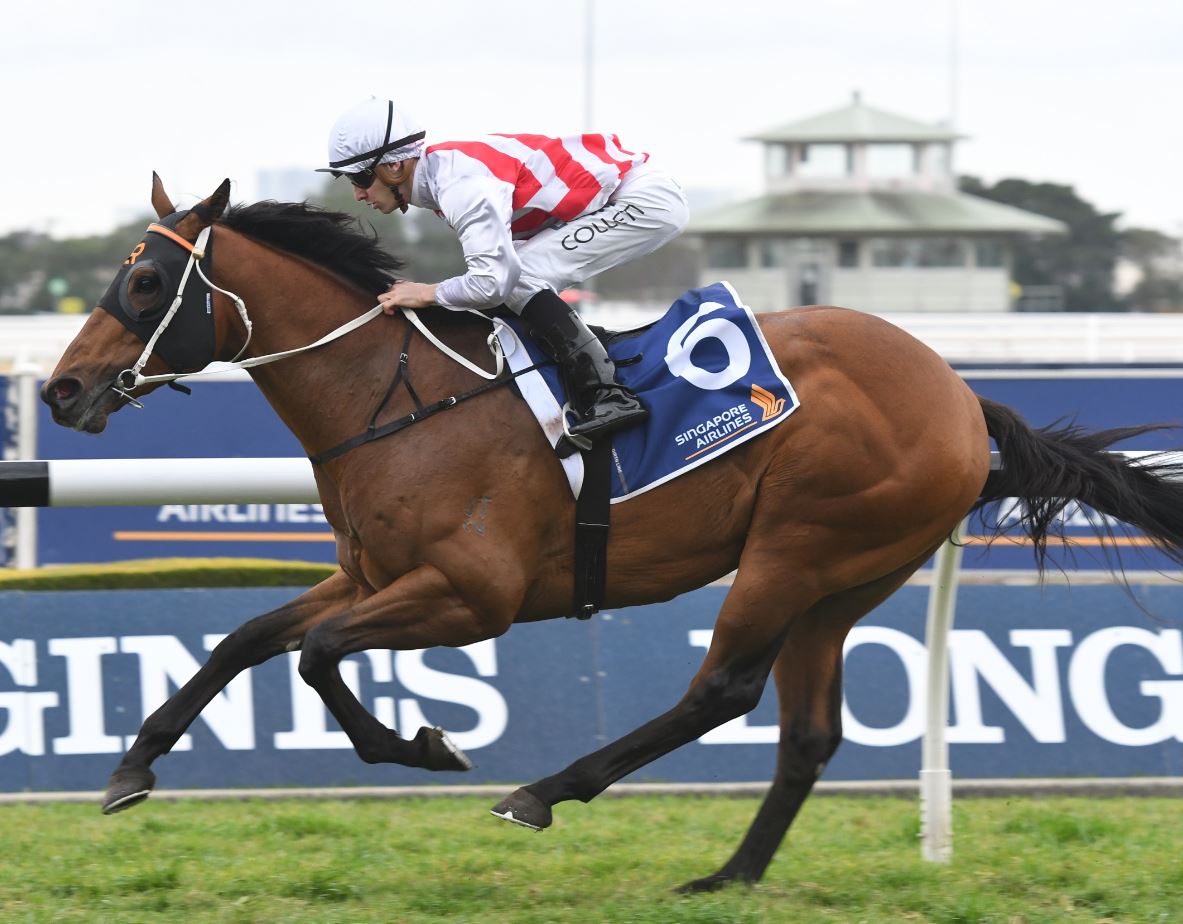 “It looks like being a quality race with plenty of depth,” Lees said. “I’m very happy with how Graff is progressing, and we will certainly know where we are at with him after the Concorde.”

Graff contested last year’s second running of The TAB Everest (1200m) as a relatively inexperienced three-year-old, and was responsible for an outstanding performance on a Heavy 9 surface when fifth to dual winner Redzel.

He performed well in Melbourne in the autumn in both the Group 1 Black Caviar Lightning (1000m) and VRC Newmarket Handicap (1200m), finishing fourth to stablemate In Her Time and also fourth to Sunlight (already a confirmed runner in this year’s $14m The TAB Everest at Randwick on October 19) respectively.

Graff has trialled twice in preparation for his return, and Avdulla was aboard when he beat stablemates In Her Time and Gem Song in a 900m heat at Newcastle on August 19.

Lees and owner Alan Bell understandably would like to give Graff another opportunity to contest the 2019 renewal of The TAB Everest, but much will depend on his Concorde performance.

“With only a few slots remaining, those slot holders are in the driver’s seat,” Lees said. “We’ll have to wait and see what happens next weekend.”

Lees is holding Our Candidate and Attention Run back for the $200,000 Group 3 Newcastle Gold Cup (2300m) at Broadmeadow on September 20.

“Our Candidate appreciates having his runs spaced, but he’s been in work now for quite a while and it’s very much a race at a time with him,” Lees said.

Invincible Gem, placed in both Group races she has contested this campaign, will run next on Saturday week at Randwick in either the Group 2 Tramway Stakes (1400m) or Group 2 Chelmsford Stakes (1600m).

The Tramway is run at set weights plus penalties, whereas the Chelmsford is a weight-for-age contest.

Lees is keen to give Invincible Gem her chance in the $1m Group 1 Epsom Handicap (1600m) at Randwick on October 5.

Whilst delighted with Invincible Gem’s form, he is at a loss to explain triple Group 1 winner Le Romain’s lacklustre last of 10 runners (his stablemate was third) in last Saturday’s Group 1 Winx Stakes (1400m) at Randwick.

“We haven’t been able to put a finger on why he ran so poorly, but are doing more tests,” Lees said.

“He won’t race again for a while, and we might back off and wait until later in the spring.”