Adkins Eager To Saddle Up In Gosford Return

Andrew Adkins figures he’s only ‘worked’ for six months out of the past two years so you can’t blame him for being keen to get back in the saddle at Gosford on Wednesday.

It’s been seven months since Adkins suffered a series of injuries including a broken collarbone, broken leg, ribs and a punctured lung in a fall at Rosehill last July.

But there’s an infectious positivity in the 23-year-old who has had more than his share of comeback stories written and is well overdue for a change of luck. 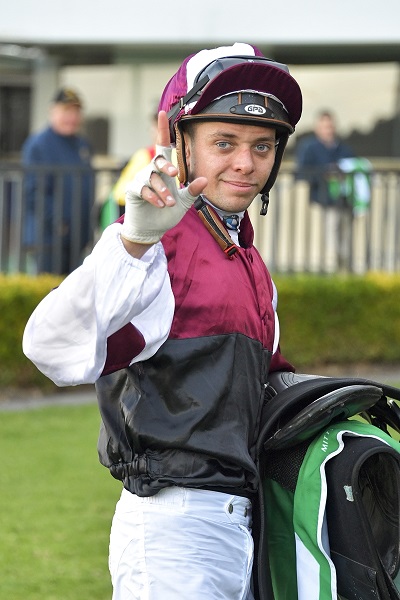 “The fall at Randwick was pretty bad but this has been the longest recovery,’’ Adkins said.

“With bones broken as badly as they were it takes a lot of healing, it has been hard mentally and physically but we’re back on top of things now.

“It’s just pure bad luck. But it’s all in the past, we’ll keep it in the past, I’m just focused on going forward.”

Adkins, who posted his first Group 1 win on Daysee Doom in the Coolmore Classic of 2018, has taken his time with this comeback, he’s worked hard to be in shape physically and mentally.

In mid-January he returned to trackwork and earlier this month was back riding in barrier trials.

He admits there were difficult times, he was hospitalised for a few weeks but made sure he was surrounded with the right people and sought out help when he needed out.

“It was probably only for a week when I got quite down, being in hospital and not being able to walk, but you’re not the worst off,’’ he said.

“The best thing I did was hang out with the right people, get some professional help along the way so you don’t get in that bad mental state.

“I’ve given myself more than every opportunity. I was cleared last week. No-one knows my body like I do so I waited until I’m ready. Now I’ve given myself that extra few weeks, I’m confident in my body and in myself and I’m fit and healthy.”

It’s a low key return for Adkins who has three rides at Gosford – Tycoon Hallie for Chris Waller, Mea Culpa for Matthew Vella and Stunning To Win for the Snowdens.

He rode at Tuesday’s Canterbury trials and will be busy for the rest of the week, including mounts at Wyong on Thursday and Randwick on Saturday, keen to put himself in the forefront of trainer’s minds with the autumn carnival and The Star Championships right on the horizon.

“I have to get the support crew back up, owners and trainers, to where we were before the accident,’’ he said.

“That only comes with hard work. I’m at trackwork almost every day, every trial meeting.

“I’ll be trying to get to every race meeting I can and work my backside off. I’m that eager to ride winners. I’ve only worked five or six months in the last two years.

“I’m there to win, doing the best I can, and hopefully we can get the monkey off the back straight away.”

All the fields, form and replays for Wednesday's Gosford meeting