Bowman Has Special Reasons For Heading To Newcastle (Tues)

Mugatoo, the clear cut $4.50 favourite for the $3m The Star Doncaster Mile at Royal Randwick on April 10, will have a track gallop between races at Newcastle Jockey Club’s race meeting on Tuesday.

The imported six-year-old, with a 50% winning record, hasn’t raced since an exciting win in the Moonee Valley All-Star Mile on March 13.

Hugh Bowman rode Mugatoo in the All-Star Mile and the champion jockey will make the trip to Newcastle to ride him in the gallop. 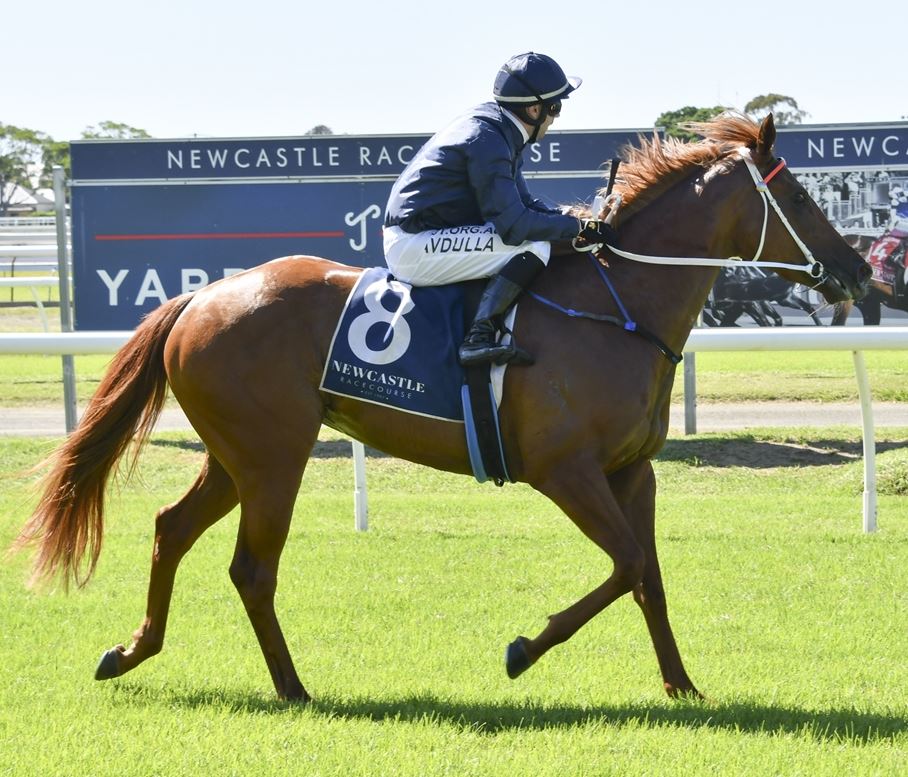 I Say Hello (Brenton Avdulla) after scoring at Newcastle. Image by Bradley Photographers

While in Newcastle, Bowman has the one mount on the seven-race program for Mugatoo’s trainer Kris Lees.

She was heavily backed on debut in a Newcastle 2yo maiden in March last year and led all the way.

I Say Hello did not have her only other start until March 5 this year when she came from way back to go down by a nose at Newcastle.

The filly had a quiet barrier trial at Newcastle last Thursday.

Lees said on Sunday punters should not read anything into the fact Bowman will be in Newcastle for the one mount.

“The reason Hughie is coming up on Tuesday is to put Mugatoo through his paces so I offered him a ride on I Say Hello while he was here. I have always had a lot of time for this filly but unfortunately, she contracted a skin infection after her first start.

"We were forced to give her an extended break and she missed the spring. I Say Hello’s first-up run after eleven months off was huge.

"I gave her a trial on Thursday and she went super. She will be suited 1400m to 1600m but I decided to keep her at the 1200 metres for this run. This filly will be very hard to beat on Tuesday.

"We have Rustic Steel ($2.90 fav) in race six with Brenton Avdulla to ride and he looks hard to beat after an easy barrier trial win here on Thursday,” Lees said.

James Cummings sends the talented filly Eleusa ($4.80) to Newcastle to contest the 1400m Macka’s Sand & Soil Benchmark 64 Handicap. The 3yo has had four starts for two wins and two seconds.

She won on debut on this track in October and she caught the eye with a fast-finishing second at Newcastle behind the smart All Hallows Eve first-up on February 27.

Last time out two weeks ago she powered home to win a 1400m Class 1 at Hawkesbury. Eleusa’s mother Divine Madonna won four Group Ones on the track.

The mare relished the 1900m trip when she led all the way and bolted in at Gosford. The runner-up Fields Of Honour won easily at Gosford on Saturday.

Clare Cunningham trains Ladylovestogamble and her partner Jason Collett has the mount.