Freedman Junior Is Ready To Emerge At Randwick (Saturday)

For William Freedman at 28, the ambition couldn’t be contained any longer and the family racing education is as complete as it gets for the first season trainer into a TAB Royal Randwick $75,000, Highway, 1800m class 3 on Saturday with stablemates, Saint Ambrose ($17 on TAB) and Leardo ($11).

William is going it alone in Scone, the Freedman expertise always in support, and he has another vital ally in his partner, accomplished jockey Rachel Hunt. 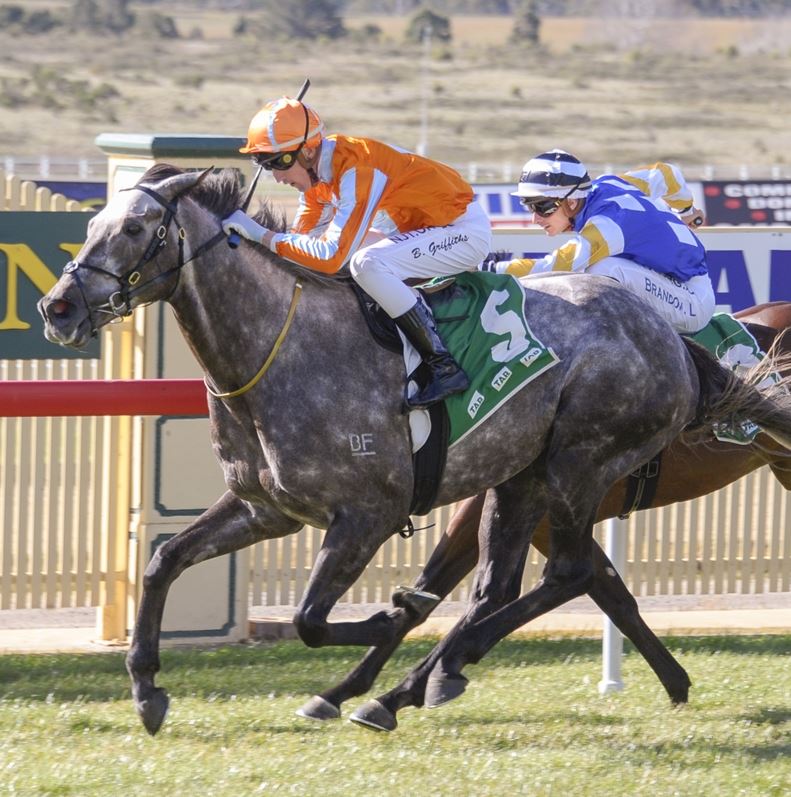 Well documented is William’s two years as assistant to his father Richard and uncle Michael at Randwick following his lengthy externships in Dubai, the USA and New Zealand. So his career has been planned as precise as a Freedman Melbourne Cup campaign.

However, William made his own call. His desire to be a trainer in his own right was all-consuming and he knew at his age, it was opportune compared to an extended wait.

“Dad and Michael are relatively early into a highly successful partnership, and will be for a long time to come - I always had the passion, wanted to train and make my own decisions,” William explained.

“So the time was right. Dad helped me establish at Scone and I’ve been fortunate to have the support of long-time family clients.”

Saint Ambrose and Leardo were previously Freedman-trained so William has an intricate knowledge of both.

And by coincidence, William informed that Saturday’s Highway topweight Prince of Arragon ($4.80), ideally placed as a recent Warwick Farm winner, was also previously with the Freedmans.

Saint Ambrose carries 55.5kg for Rachel King off a Gunnedah win with 59kg, while Leardo 54kg again for Sam Clipperton after his recent strong TAB Highway placing at headquarters.

“Leardo is probably my preference, he’ll appreciate the extra distance, is near the limit and has an inside draw (gate 5). If we had some rain it would enhance his chances.

"Saint Ambrose won well with a big weight. He had injury issues early in his career and surgeries when he looked very promising. But I’ve got two race fit horses in-form in suitable races.”

William has 20 stable boxes close to the Scone track, a dozen in work and the perfect ally.

“I’m lucky my partner Rachel is an accomplished rider. Winning the Dubbo Cup was exciting for us starting out.

“But it’s satisfying when you’ve got a team racing to your expectations. I’ve had that overseas experience, but you learn so much starting to train in the country.

"The different environment and tracks and how best to place them. But I’ll tell you after Dubai the Scone landscape is like another racing planet,” William chuckled.

“Up here you get a grip on a horse’s capabilities, placing them when they’ve reached their limits in town or have had issues. I go back a long way with both Saint Ambrose from a two-year-old and Leardo.”

With four winners from just 20 starters in his initial season, William is measuring up admirably with the expectations and pressures from a racing dynasty.

Including of course his uncle Lee of revered Melbourne Cup folklore with Maybe Diva. Saint Ambrose offers encouragement into a class 3 at headquarters after finally finding winning again at Gunnedah.

Early in his career the Sepoy gelding placed at Warwick Farm as a two-year-old, followed by a Kembla win and Hawkesbury placing. This prep William placed him for his second success at Gunnedah.

Leardo closed strongly in a 1600m episode behind talented Amy’s Shadow at headquarters three weeks ago. It indicated Leardo will appreciate the extra distance. And a safe bet is the Freedman family get together again at headquarters is likely a winning occasion.