McEvoy Jumps Back On Mugatoo At Rosehill Gardens

Kerrin McEvoy will be reacquainted with Mugatoo at his next assignment at Rosehill Gardens in a fortnight. Kris Lees confirmed McEvoy’s booking for the exciting import in the Group 3 Premier’s Cup (1900m).

Hugh Bowman partnered Mugatoo in his emphatic first-up victory in the Listed Winter Challenge (1500m) at Rosehill on July 25, but is serving a suspension and will not be available.

“Kerrin is a logical replacement as he knows the horse well,” Lees said. 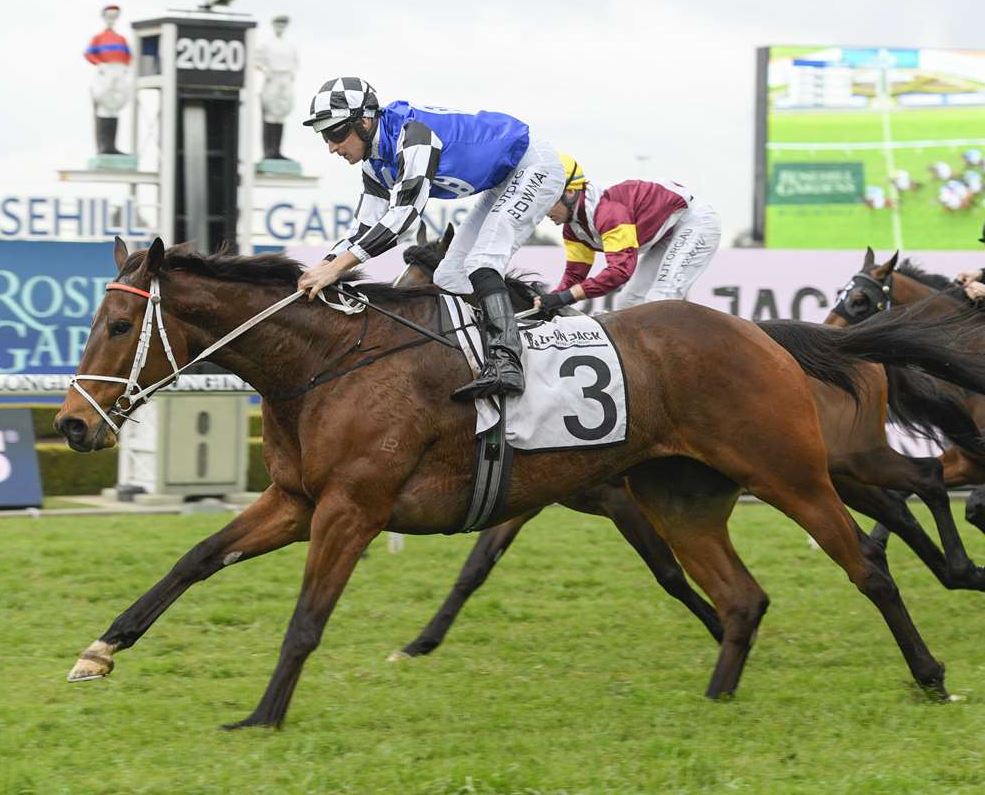 “He won the Canberra Cup (2000m) on Mugatoo in March, and also rode him in both the Manion Cup (second to Young Rascal) and Tancred Stakes (sixth to Verry Elleegant) at Rosehill.”

Lees was understandably delighted with Mugatoo’s 1200m barrier trial win at Gosford last Wednesday to keep him ticking over for the Premier’s Cup.

Ridden by Andrew Gibbons, he stayed on the inside when stablemate Mustajeer veered wide on the home turn and beat other stablemates Frankely Awesome and Korcho.

Mustajeer (with Bowman up) trialled for the first time since finishing fifth to Etah James in the Group 1 Sydney Cup (3200m) at Royal Randwick on April 11.

He led the trial in a slowly run affair on a 'Heavy 8' surface, and will gallop between races at Newcastle next Saturday.

Mustajeer won the Parramatta Cup (1900m) at Rosehill on February 22 at his first start since finishing down the track in the Melbourne Cup (3200m) at Flemington last November.

Another import Chief Ironside was also partnered by Bowman when he finished fourth to Mo The Great in a 1000m trial at Gosford.

Chief Ironside, who won the Group 2 Crystal Mile at Moonee Valley last October for English trainer David Menuisier before joining Lees’ team, hasn’t raced since finishing 11th to Tyzone in the Group 1 Stradbroke Handicap (1400m) at Eagle Farm on June 6. He will trial again at Newcastle on August 26 before returning to the races.

The John Singleton-owned Miss Fabulass and Sammy, both out of Lees’s former champion Samantha Miss, won Gosford 800m trials and also will trial again before resuming.

Promising three-year-olds Kinloch and Midland also contested separate 800m heats at the Gosford session. Kinloch (Bowman) trialled against older horses and closed nicely when fifth in Miss Fabulass’ heat, whilst Midland (Gibbons) cleared out in the straight to easily win his heat against his own age in 49.77s.

“Kinloch isn’t comfortable on that heavy ground, and we will have to find firmer footing to begin a new campaign with him,” Lees said. “Midland is ready to go back to the races.”

Lees also was delighted with four-year-old Animate’s 1000m trial victory over stablemate in 1.04.11. The gelded son of Animal Kingdom won three races in succession, including a heat of the Provincial Championships, before finishing eighth to From The Cracks in the $500,000 Final at Randwick on April 11 on a heavy track.