Turnaround On The Cards For Double-Figure Chance In Highway

Young Scone trainer Mark Schmetzer offers compelling evidence that the former Ron Quinton’s The Snooperstar can spring a reversal at the value odds of $11 on TAB into a Royal Randwick TAB $75,000 Highway (1200m) on Saturday.

The four-year-old has won three races for the emerging trainer who is building a career at Scone after relocating from Muswellbrook.

A young father of two boys, Schmetzer expanded on the lone blemish as the Sizzling protégé contests a Class 3 with 57.5kg for Sam Clipperton. 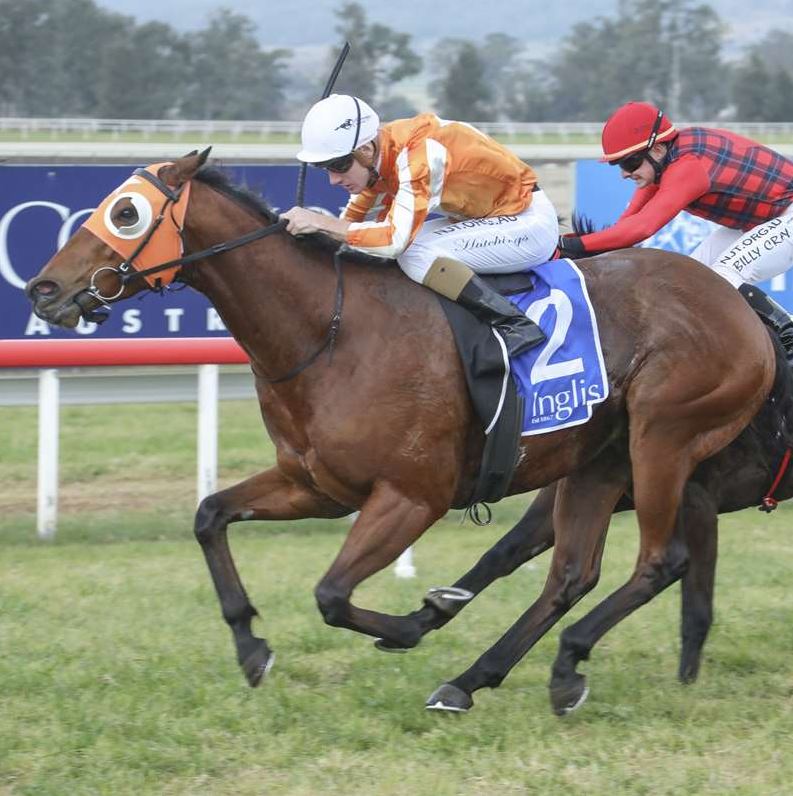 The Snooperstar (Rory Hutchings) lands the money at Scone. Image by Bradley Photographers

“The strongest pointer is we beat Niccirose with 2kg difference at Scone - he won that Highway down there by ‘six’ and we’ve won again since,” Mark assessed.

On Saturday, Niccirose, on the strength of that dominance understandably holds favouritism at $3.50.

A 3kg weight turnaround not considered anywhere near enough for the same opposition to bridge the gap. Aside from The Snooperstar no excuses.

Liberty Head ($8) was beaten six lengths and Northern Wildrose ($11) a half-length into third. They carry the same weights on Saturday.

And the Highway failure at Rosehill Gardens in between those Scone wins by The Snooperstar?

“He drew really wide, couldn’t get cover and just had to work too hard. In hindsight, he just doesn’t get 1500m and maybe he was also a little soft for it. We now know the 1300m and 1000m is his right range.

“But I mean a few starts back he ran a super third to Royal Banquet up here (Niccirose 2nd) who then won a Warwick Farm benchmark 70. That’s always been the strongest form for these Highway races.”

From a tidy barrier and with all competitors carefully monitoring a heavy 9 at present, Mark has his plans pretty much detailed.

“The speed Niccirose showed last start and the inside gate, you’d anticipate he’ll lead again. So we're drawn for a decent sit I think.

"Sam should have him in the first four and maybe we can get him late. The worst side of heavy is always an unknown if it stays that way but he has won twice on soft going.”

Meanwhile, Niccirose looked like the Highway version of Jungle Edge as he revelled on a heavy nine.  Niccirose and his English jockey Bill Cray 'Cyrus' were in another race and combine again.

And Mark Schmetzer has the support of the profile Gall Bloodstock as he builds his numbers at Scone.

“Ronny (Quinton) is their trainer and they’ve been kind enough to send me a few to give me a decent start up here - this horse winning three in just his first prep for us has been enormous.”

At present headquarters is assessed a heavy 9 under overcast conditions.