Promising colt War Weapon was all class at his only previous visit to Kembla Grange but trainer Gerald Ryan concedes the lightly-raced galloper will need to go up another gear when he returns on Thursday.

The son of Time For War will go in search of back-to-back victories to start his career when he lines up in the competitive Poplar Petfood & Produce Class 1 Handicap (1200m).

It comes after War Weapon made an ultra-impressive start to life on the track last month when the talented three-year-old rocketed home out wide to shoot clear late. 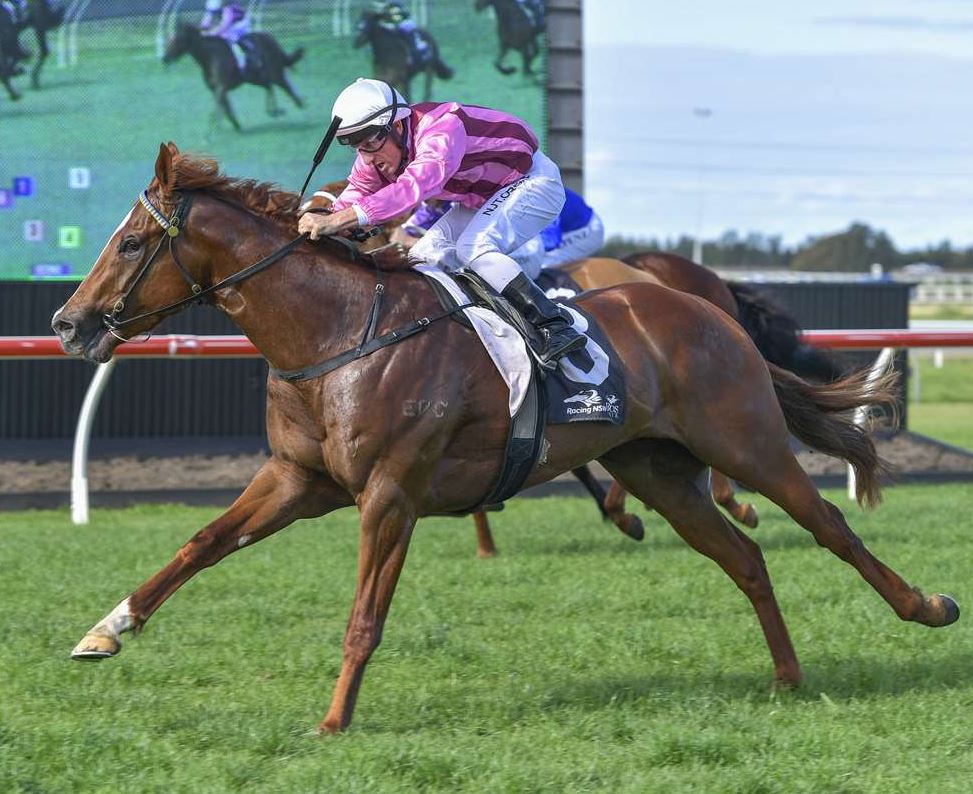 “It was a really good win down there,” Ryan said. “He has shown good ability in the trials this horse.

“I was surprised when he went down there about the price he was because I thought he was a good chance.

“I don’t know how strong that race was but he overcame some difficulties to win and was really good.

“He had always ticked the wet box at home and in his trials that he could handle it and he did without a worry.”

Warmer weather through this week has seen Kembla move into the soft range (Soft 6) in the lead up to raceday with no rain predicted until the weekend.

Ryan, who comes to Kembla with a sole runner on the afternoon, is confident War Weapon is adept in all going as he prepares for a testing second-up assignment.

“It’s a good Class 1 there is no doubt about that,” Ryan said. “They don’t have many of them (Class 1s) around but when you have one you always seem to find a good one.

“There are some nice horses in there. It is a step up from what he won the last time we were down but there wasn’t much else out there to run him in.

“I think he will eventually get 1400m with no problem either as he gets further into his prep.”

Jockey Jay Ford will ride War Weapon in Thursday’s sprint where he will carry 56kg. Ford’s only other ride on the card comes on the Brad Widdup-trained Beauchamp in the PFD Food Services Maiden Handicap.

The Kembla Grange card kicks off at 12.55pm.