"Kerrin Will Be Across Everything" For Rosehill Highway

The veteran Ball returned home to Taree to maintain a substantial team, regular enough winners, and despite a hefty weight rise from a previous unlucky series placing, fancies his chances at odds with the durable Hinchinbrook five-year-old gelding.

“I go back a long way as friends with Kerrin [McEvoy] when he rode for Godolphin - we considered claiming but when you have a crack at Sydney, you need the best help possible,” Ball explained. 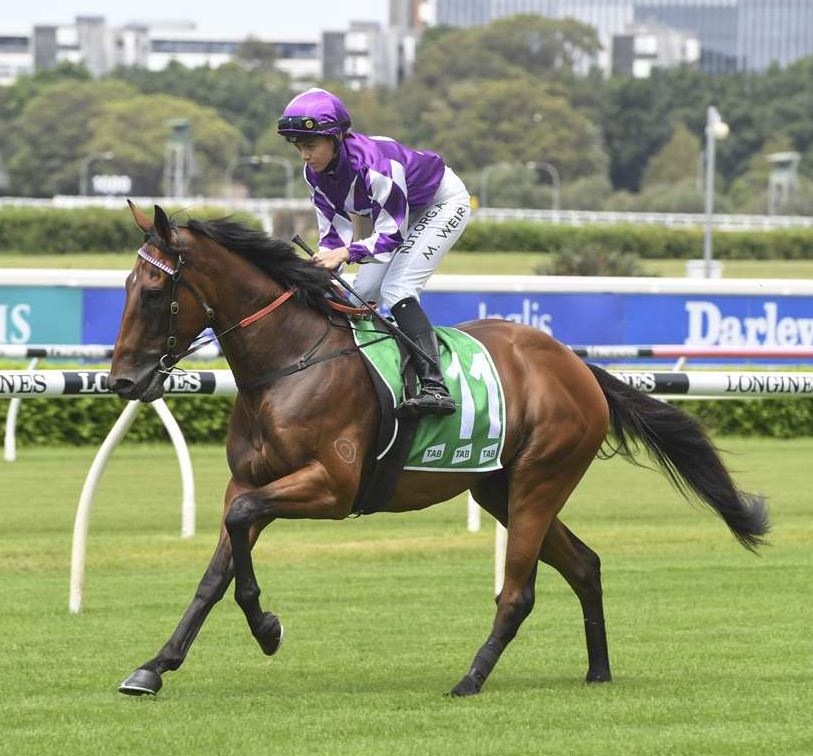 Senatorial (Mikayla Weir) does his preliminary at Royal Randwick. Image by Bradley Photographers

So McEvoy rides Senatorial ($12 on TAB) with the 59kg topweight following an impressive last start Taree win with 59.5kg.

“A real big win against track bias with weight and we’d set him for this Highway this prep.

“I realise it’s a decent hike from the 52kg we had last time in town, but we’re still in well enough under Plate conditions.

“And look, he’s a three-race winner against some opposition just out of maiden grade.

“We’re fitter third-up, as good as I’ve ever had him. We know he’ll be strong the last 150 metres and he’ll get through any going.

“With a bit of luck he’d have won that previous Highway (Royal Randwick).”

That was in February when Senatorial was beaten a neck at 1800m by Cap’s Boy with 52kg for regular rider Mikayla Weir.

“These Highways are getting harder to win, but there were some strong nominations that didn’t accept so yep, we’ll fancy our chances.

“We need tempo, it’s usually pretty genuine in these. We’ll probably be midfield but Kerrin will be across all of that.”

Off the noms study, Ball was referring to Matthew Dale’s English import New King ($14) who instead of the Highway, notably accepted with James McDonald for a far tougher Everest on Sale Handicap BM 78 (1500m).

Meanwhile, if Ball was buoyed by the chances of Senatorial, he reckons stablemate Boom Queen ($126) can run him a race at massive odds in the Bortoli Wines BM 88 (1200m).

“An afterthought - it’s a solid city form race but she’s a genuine mare, racing well this time in, been carrying around the 60kg and drops 10kg with the claim.

“So why not give yourself a sight with another one if you’re coming all this way? There wasn’t much suitable for her back home. And we rarely bring ours to town.”

At present Rosehill Gardens remains a heavy 8 but could possibly be downgraded with plenty of rain forecast for Friday and Saturday.