The intrigue and anecdotes continue from far and wide in the TAB Highway series and former Queenslander Halcyon House provides the latest into a $75,000, Class 3, 1200m episode at Royal Randwick on Saturday.

The Husson (Arg) protégé from WA-winning dam Golden Statue is a bargain buy outsider, winning convincingly at Muswellbrook and Moree for young Tamworth trainer Luke Morgan.  And vitally is adept in the wet. 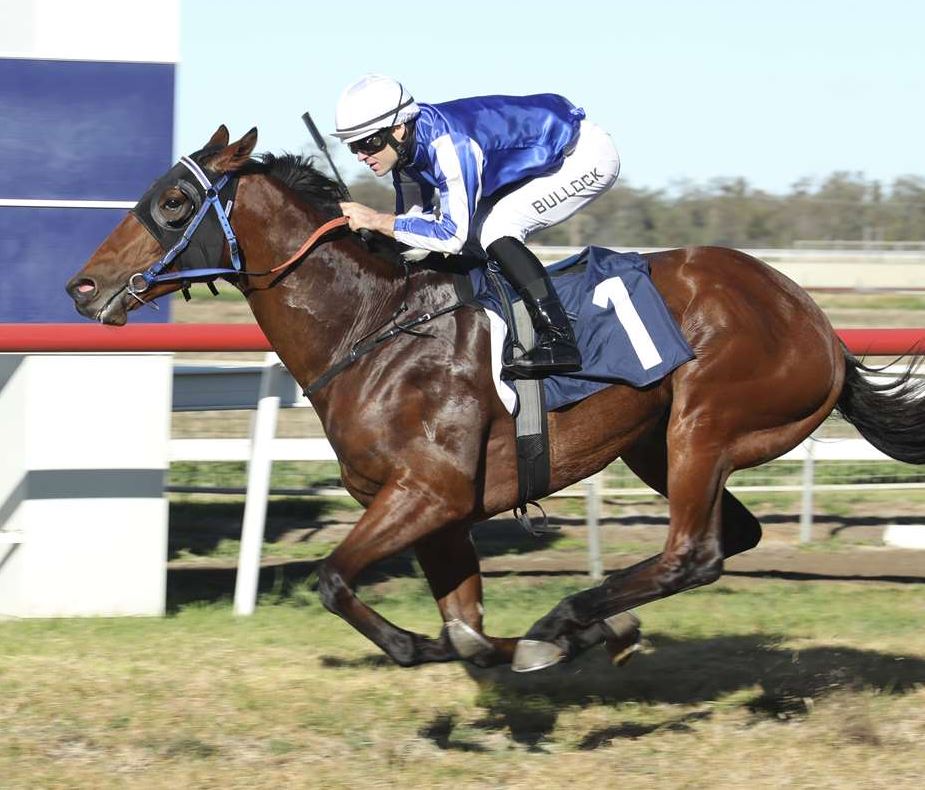 A bonus in the going is the 3kg claim off the 57.5kg and inside draw for talented Irish apprentice Tom Sherry.

It’s been some resurgence by Halcyon House ($5.50 on TAB). He kicked off his career in Queensland looking like the racing equivalent of a donkey.

After finishing a distant fifth of seven in a modest Deacon trial last September with bad barrier behaviour and convictions, Halcyon House didn’t make it to the racetrack. He was sacked and sold.

Originally, he was with New Zealander Kacy Fogden who trains on the Gold Coast for high-profile internationals Highclere and Aquis Farm who stand Husson at stud.

And like many gallopers deemed inferior to city grade, Halcyon House at four years, found his niche relocated in the country with the Morgan brothers Luke and Cody, the latter mobile again after a breaking his leg riding trackwork, and their training father Glenn, who purchased the unraced gelding.

The Morgans spelled Halcyon House for four months. After finally breaking through in a modest Armidale maiden in March, a spectacular revival followed.

A winning 1000m double and several placings now has Halcyon House as a bargain buy with $47,000 prizemoney from three wins and as many placings from seven starts.

“He had a couple of barrier bars up there, sent back to the trials, so that might have been the issue,” Luke explained.

Dad has a great eye for them, bought him cheap. He came here sound but highly strung and immature with minor issues.

“But he’s more than paid his purchase price, bred well enough and he’s improving with every race.

“He’s still got to measure up to better grade but he deserves his chance on what he’s shown us. The claim will be important in the conditions.

“He’s raced and trialled on soft okay but you never know if it stays heavy. We’re hoping for an upgrade.

“Cody has had success with Tom (Sherry) - outstanding apprentice. Some worry the inside barrier the way tracks have been playing.

"But might not be the place to be. But we’ll work that out with Tom when we see where they steer in the first race.”

Mr Magical for Moruya’s Jamie Stewart heads the market at $3.90 following a super photo second in a recent TAB Highway on the Kensington Track that was leader dominated and won by Tallis.

Mr Magical was among exceptions to close strongly and will make natural improvement for Jamie, the Moruya foreman for Matthew Dale.

All country trainers will appreciate added opportunities as Matthew Dunn, with his big numbers and 26 wins since the Highway series inception, and a Country Championships winner with Gracie Belle, has been granted a city licence so is no longer eligible.

At present headquarters is rated a heavy 9 but in clearing weather, an upgrade is anticipated.