Devoted form analysts can’t be blamed for suspecting there is a computer glitch that has a modest bush entry ready to roll into Saturday's $67,500 TAB Highway (1400m) at Rosehill Gardens.

It is intriguing to see Ronan’s Rock ($13 on TAB) entered, a horse that was once backed when running second to champion colt Brutal at Caulfield who progressed to win a Group 1 Doncaster Mile and Group 2 Premiere Stakes.

Two long years down the track and he lobs into Saturday’s race as a Tamworth winner. 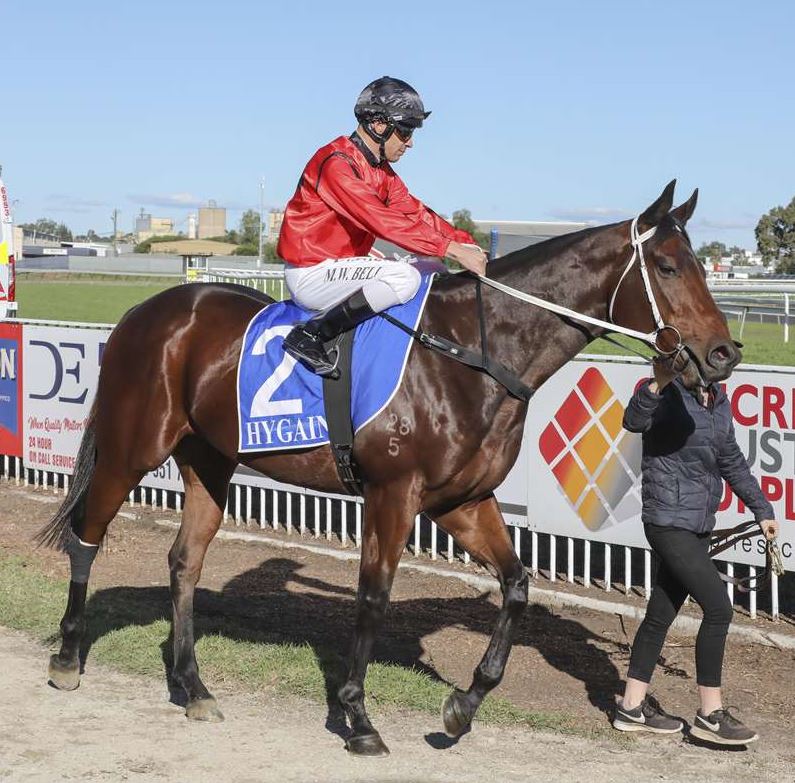 A profile $250,000 Fastnet Rock protégé, Ronan’s Rock, trained by Hayes and Dabernig on debut in 2018, was runner-up at $3.50 against the famed Hawkes colt, retired to stud after his tremendous Group double in 2019.

At two years, Ronan’s Rock progressed to win at Sandown and be placed at Moonee Valley.

Then it all unravelled with throat surgery, a 17-month absence, dramatic form loss and eventual sacking.

However, at four years, redemption is rising with Cody Morgan, former jockey and champion bronco rider who is recovering from a broken leg in a trackwork accident.

Brother Luke, his training partner, remains his staunchest supporter. The brothers are ever-rising in status and Cody primed Ronan’s Rock to win impressively on a heavy 10 at home with a hefty 60kg.

“I ride him regular work, nice horse, going really well again with that win, three runs back for us and Cody is slowly pokin’ around again, so that’s good,” Luke offered.

The revival takes the next vital step on Saturday and Ronan’s Rock drops significantly to 56.kg again in likely wet ground. Logically a target race as he was also nominated elsewhere.

“He showed exceptional ability for us as a two-year-old but he developed serious breathing infirmities and needed an operation-that was the long term issue,” Moore explained.

“Different degrees of wind issues, some recover enough after surgery, others don’t. After the operation and recuperation, he lost all form.

"Didn’t show enough for city quality, so the decision was made to move him on.”

Lindsay Park - with their vast numbers and turnover - don’t tolerate anything less than city class.

So conceding Ronan’s Rock’s issues, it’s rare to find stronger form lines into a Highway, given his winning weight and a 3.5kg reduction for Saturday.

The big watch in a capacity field are Keith Dryden’s Dream Runner ($6.50 favourite) and Wichita Warrior ($12 into $10) in a wide-open affair.

Both were scratched from a recent Highway and Dream Runner, significantly, was also withdrawn from a strong race at Canterbury Park on Wednesday.

At present the 'Gardens' remains a heavy 9.