Hawkesbury's stand-alone meeting at Rosehill Gardens on Saturday will be dual Group 1 winner In Her Time’s racetrack finale.

Trainer Kris Lees has nominated the classy mare for both the Group 3 Hawkesbury Crown (1300m) and Listed Hawkesbury Gold Rush (1100m) and has named the former as her target with Hugh Bowman a new rider.

In Her Time, against her own sex, has 60kg topweight for the Crown, and also is topweight with 61kg for the Gold Rush. 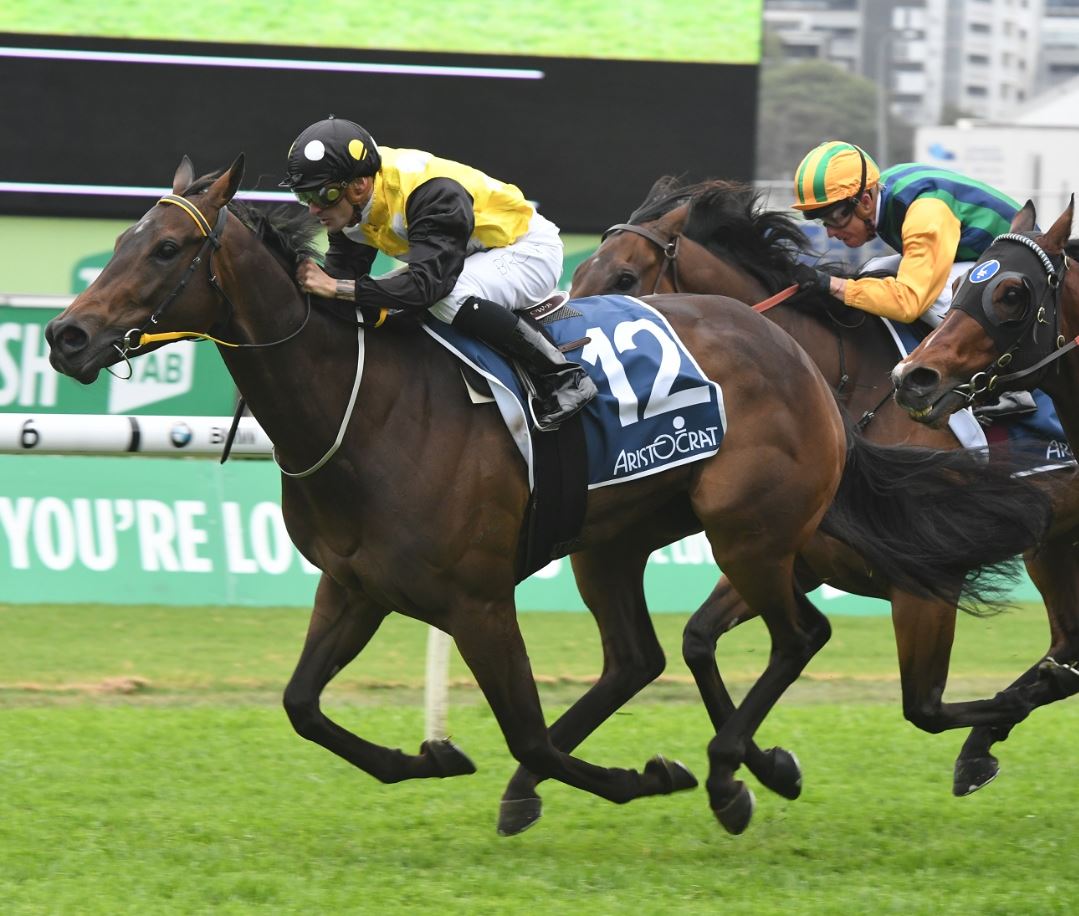 In Her Time in winning form with Corey Brown aboard. Image by Steve Hart Photographics

“Under the set weights and penalties conditions of the Crown, she is well treated,” Lees said.

“She didn’t have a gut-busting run last Saturday and has pulled up well. Hopefully, we can send her out a winner.”

In Her Time, a seven-year-old daughter of Time Thief with nine wins and eight placings and earnings of more than $3.7 million to her credit, is listed to be sold as a breeding proposition at Inglis’ The Chairman’s Sale on May 8.

In Her Time was totally out of luck at Royal Randwick last Saturday, making up many lengths to finish fifth to Greyworm in the Group 3 Hall Mark Stakes (1200m).

Stewards reported she began only fairly and then virtually lost all chance when checked after being crowded between two other runners.

Kiwi jockey Opie Bosson rode In Her Time then, but is returning home and Bowman takes over to partner the mare for the first time.

Lees is likely to also accept with Asharani for the Crown, and then make a decision after studying the field when acceptances are taken on Wednesday. In Her Time is the early $6 Crown favourite with TAB.com.au.

Lees is looking to run Graff, Tactical Advantage and Agent Pippa in the Gold Rush, but is yet to confirm representatives in the Hawkesbury Guineas (1400m) and Hawkesbury Gold Cup (1500m).

He nominated Regimental Band (an acceptor for the 1550m Benchmark 72 Handicap at Canterbury on Wednesday) and Sorrentina, with the latter a possibility to line up in the Guineas.

Aliferous and Articus are his entries for the Gold Cup, but the latter instead may head to Tamworth for Sunday’s Showcase Cup (1400m).

Hawkesbury’s three Group 3 features all will be open betting affairs if early markets are any guide.

Aside from In Her Time being a $6 favourite for the Crown, three horses (Eleven Eleven, Icebath and Indy Car) are $6 joint favourites for the Guineas and two horses (Amangiri and Gaulois) also share Cup favouritism at the same quote.

One hundred and seventy-five horses have been nominated for the eight-race card, with the Guineas attracting 22 entries, the Gold Cup 24, and Crown and Gold Rush each 23. Entries for the 2YO Clarendon Stakes, increased to 1400m this year, have been extended until 11 am today.