Todd Howlett, a 2017 Country Championships Finalist and multiple TAB Highway winner, will be more than satisfied if he can repeat the latest series’ form of his young protégé Ben Blay at Warwick Farm on Saturday.

“Ben did a great job; this gelding has the makings of a nice horse but he’s still learning what’s it’s all about, I’ll be happy if he’s competitive,” offered Howlett, who qualified for an original Championships Final with the well-performed Nic’s Vendetta. 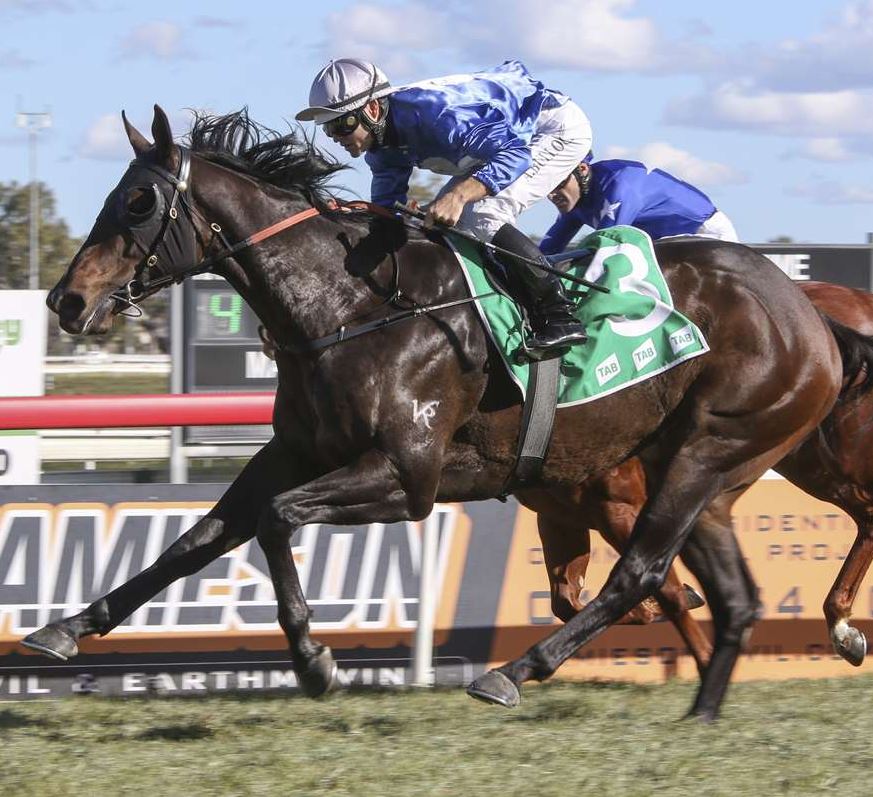 “He’s up in grade obviously but down in weight, he’s done everything right so far, big and strong and still progressing.

“I haven’t gone right into the form just yet but it’s a big field and I know that Mr Wong is a really smart horse.”

The hot Stephen Jones-trained and Gerry Harvey-owned prospect is a pronounced favourite at $4.40 on TAB fixed odds (in from $6) after a super impressive Highway win at Royal Randwick two weeks ago have him primed for bigger occasions.

But so Two Big Fari ($8 into $7), at just his fourth race start, won’t strike a stronger episode. But two wins in fast time with 59k and 58.5kg, natural progression and the Boss Factor certainly puts him in the game.

Two Big Fari comes to town on the strength of a winning double in fast time at Tamworth at 1000m when short odds.

Resuming from a spell, the four-year-old by Walking or Dancing (NZ) clocked a slick 56.90 with a powerful finishing win in a Tamworth BM 58, 1000m recently off priming trials at Scone and Newcastle.

“They do go quicker at Tamworth but he’s lightly-raced, it was a nice strong win, so we’re hopeful he’ll keep progressing. But Saturday is a big field and better grade.”

Two Big Fari has drawn barrier 11 for “The Boss Man.” Howlett considers Two Big Fari and Boss can position close to the lead at the 1200m through his impressive 1000m form off just three races starts.

Howlett, a series original, won 2017 Highway events with Nic’s Vendetta, Magic Choir and All Stand and success has been ongoing.

However, it’ll take something exceptional to beat Mr Wong now that astute veteran Jones has ironed out some inexperienced traits from last prep.

A tendency to hang and jump moderately proved costly, when he was short odds in Highway races, but he resumed in tremendous style at headquarters, settling on pace in the centre of the track and then winning by a widening 2.5 lengths for replacement rider Tom Marquand.

His closing split was enormous. The Englishman, in rare form, retains the ride on Saturday and he drops half a kilo.

“He’s racing as straight as an arrow this prep, watch out for him in better races,” Jones enthused after the race.

The Scone veteran has always been adamant that Mr Wong would accommodate his two race Highway quota, be even better suited out to 1400m or 1600m and progress to the Country Championships.