Loyalty Comes To The Fore With Assault'n'bathory In TAB Highway

Young Goulburn trainer, rider and Crookwell science teacher Danielle Seib is hopeful a debt of gratitude finds the perfect resolution in her return to the TAB Highway series with imposing gelding Assault'n'bathory into Saturday’s $75,000 Class 3, 1200m at Royal Randwick.

It might seem illogical to outsiders that profile big-race rider Nash Rawiller who rated Danielle’s “big baby” to perfection for a dominant win at Rosehill Gardens last start in August , has been replaced by Winona Costin. 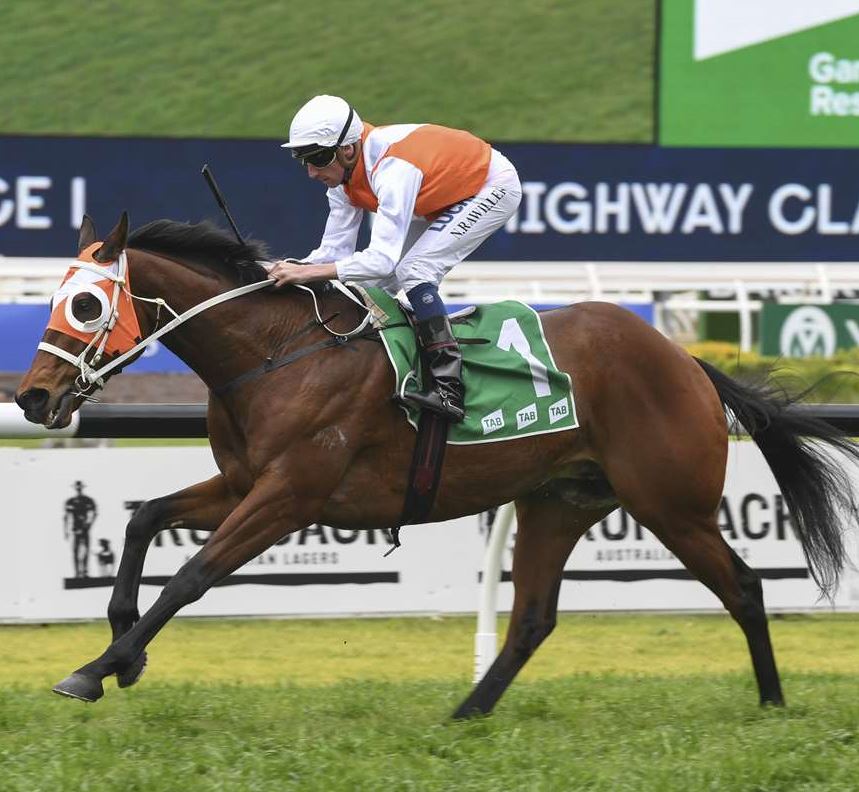 But it’s a matter of loyalty explained Danielle: “Winona absolutely made him into a racehorse; she put in so much time and patience when he had issues,” Danielle explained.

“Winona rode him twice, would have been on him when he won, but she was injured.

“She’s done so much with him, he relates to her. Loyalty works both ways.”

Assault'n'bathory, with 58.5kg and drawn a precarious barrier 17, has compiled an enviable series record, despite ongoing issues of shin soreness.

Once on a warning from Stewards for 'hanging', that has been resolved with blinkers.  Danielle applied them when he won and they’ll remain on Saturday.

The six-year-old gelding by Murtajill from Group 2-winning mare Countess Bathory, has a super résumé of three wins and six placings from just 13 starts and successive series defeats in photo-finishes; all at 1400m.

He resumes after leading and spacing his rivals with Rawiller by a widening 2.8 lengths over 1400m at Rosehill Gardens in late August after being ‘nutted’ in cameras.

Rarely has the big pacy unit been led. All of that equates to a genuine Country Championships contender for the Goulburn qualifier in just over a month. So race fitness and performance are crucial.

“That’s it, we were ready to come up the other week with Winona but had to scratch when he pulled up a little sore again,” Danielle explained.

“He’s missed some work, so my concern is he could still be a little soft and he hasn’t seen Randwick. But he’s as good as we can get him, this stage of his prep.

"And fresh the 1200m is the right range. Well go forward like always, that’s his comfort zone. I’m not overly concerned with the draw.

"He’s got the gate speed to get across. We never try and restrain him or he’ll over-race. It depends on how much pressure is on.

“He’s missed a jump out down here but he’s trialled over 800m and worked with some Twin Star horses at Goulburn.

“The smoke haze has been bad, restricted us as well. We’ve had to take every precaution, you can’t work them in really poor quality air.

“But we’re coming up and hopeful, as he's just so genuine and honest. Lovely natured big boy, but racedays he can get fractious and stirred up at the barrier, so blinkers go on.”

Danielle’s brother and part-owner David is responsible for the quaint naming from the dam Countess Bathory who won a Dane Ripper Group sprint. David is a regional police officer.

“David’s play on words,” she chuckled. Danielle has an invaluable ally - her partner Aaron Day, from one of Australia’s most successful harness pacing families, is a renowned local horseman.

“We’re planning to build our team right up, we’ve got five in work but we’re building extra boxes on the track and hopeful of getting some new clients.”

Danielle took over the family training originally at Muswellbrook when her father Lewis Seib passed away with a brain tumour in June of 2017. He insisted Danielle have an alternative career.

So she completed a science degree at Newcastle University. It was Lewis who purchased Assault'n'bathory as a weanling some five years ago at the Patinack Farm dispersal sales for what has proved to be a brilliant bargain at $10,000.

When Danielle lost her Dad, she relocated to the southern tablelands as a teacher and trackwork rider for respected Danny Williams.

Then eventually she took out a training licence and taught part-time at Crookwell High School.

The Twin Star sisters Emma and Lucy Longmire also got their start working for Williams and they all remain close friends.

“The early start training, riding work at Goulburn, then travelling to Crookwell for a day’s teaching just became too exhausting.

“Now I ride work and teach part-time and it’s a nice break right now it's the school holidays."