Pauper Set To Become The Prince In Rosehill Highway

If horses could talk, Pauper likely would be offended at his naming because this imposing former Godolphin giant is anything but pitied, poor or underprivileged for Natalie Jarvis into a TAB $75,000 Highway at Rosehill Gardens on Saturday.

That’s proved a spectacular bargain as the four-year-old gelding takes a rich vein of form and promise into a TAB Class 2, 1200m episode with 57kg and the significant booking of Tommy Berry. 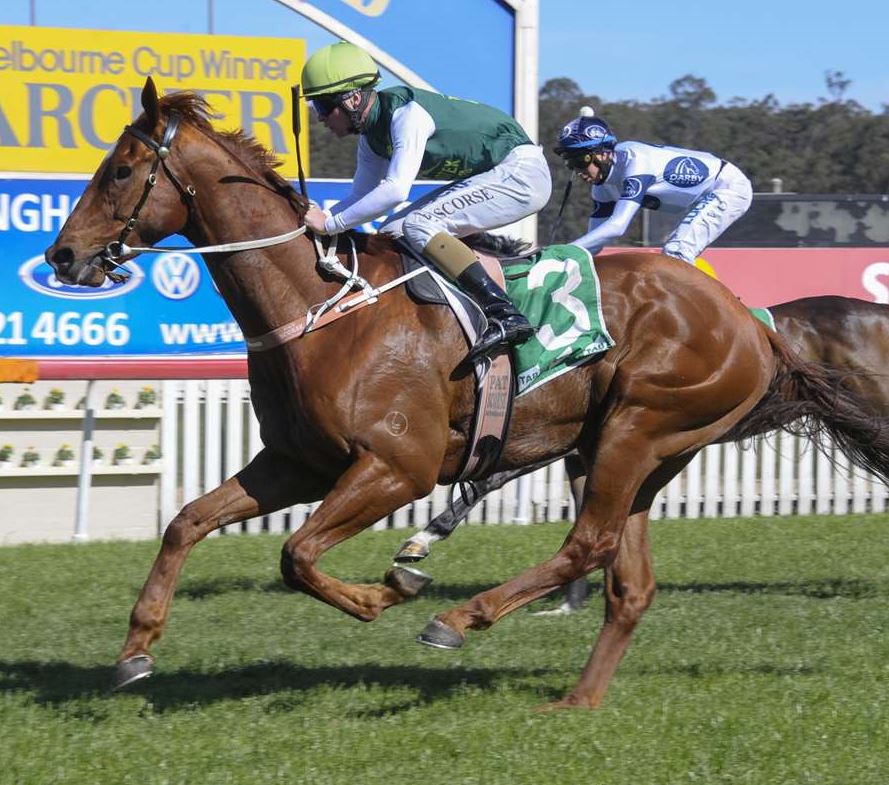 Pauper and Patrick Scorse land the money at Nowra. Image by Bradley Photographers

Pauper is among many chances in the first episode.

“He’s a lovely big unit - really impressive wins this prep, that’s why we’re coming up, we didn’t think it would be so soon,” bubbled Natalie, a former junior Australian rowing and equestrian champion, amidst a career-defining year.

Syndicated to a big team of owners, four-year-old gelding Pauper has almost repaid his purchase price already with an ideal balance of tactical speed and closing stamina for a winning double.

Dominant wins at Moruya and Nowra with a hefty 59kg came in smart time following the build-up from successive regional placings for the growing Moruya premiership-training team.

Pauper is attractively weighted with 57kg after carrying 59kg for dual success.

With an ever-increasing stable of 24 in work, and a super communication network of stable cameras, apps and the like for their owners, Natalie trained her first metropolitan winner Resort early last season at “The Gardens” and placed in a March TAB Highway at Royal Randwick with Air Free.

“We selected Pauper especially at the Gold Coast Magic Millions tried sales, because we’ve had ongoing success with Exceed and Excel progeny and dealings with Godolphin are brilliant,” Natalie explained.

“You get the breeding and the veterinary guarantees and we scope also.

“And his dam Caline is well-bred and lightly raced - won in Melbourne for the Snowdens and we’ve had success with former Snowden horses.

“The way he’s been winning, and if he takes it further on Saturday - and we think he can - we’ll be looking at the Country Championships and our Moruya Cup for the owners.

“He’ll get out to 1400m. Just so big, strong and athletic and still lightly-raced. And he’s thrived in the open yards, fresh air and the river down here.

“We love it as much as our horses.”

However lightly raced, if they are not deemed city quality or better during its first prep by the international giants, they make way for the army of elite bred newcomers.

Pauper joined the Godolphin conveyor belt after three-year-old maiden failures at lengthy odds at Sale, Goulburn and twice at Hawkesbury.

The Jarvis stable is thriving since moving from Kembla Grange several years ago to train at pristine Moruya in close proximity to the beach and river.