Regular Riverina opponents and stable neighbours, former successful jockey Scott Spackman and regional premiership trainer Trevor Sutherland, are extending their rivalry all the way to Rosehill Gardens on Saturday and bring compelling form and value with Takissacod and Two Wrongs Don’t into a TAB $75,000 Class 3 Highway.

The Wagga Wagga track stables of Spackman and Sutherland are within shouting distance, they regularly ride trackwork together and have the strongest possible insight into the local form. 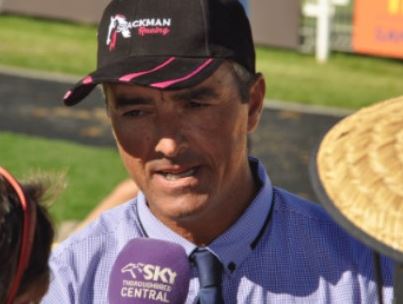 Spackman juggles training and riding with employment as a local agricultural assistant and school’s maintenance officer.

“Makes ends meet - 4am trackwork, the rest of the day at the school, back at the stables and home at 8pm - it's a long day but worth it when you get a real good horse instead of slow ones,” Scott chuckled.

And Spackman has had ample of the previous, amidst his most successful season with 14 winners, the latest with spectacular improver Takissacod in town off a winning treble.

Spackman is a Highway regular and admits he could have underestimated three-year-old filly Takissacod. She takes a winning treble into a 1500m Class 3 episode, attractively weighted on the 53kg limit to be ridden by in-form Rachel King.

“This filly’s got us real excited. It will be much tougher but she keeps exceeding expectations. Just found lengths this prep and she does it both ends, just a 100 percent trier,” Spackman enthused.

“It’s hard to believe, she just fell in when she won a weak non-TAB maiden at Grenfell in September. Yep, absolutely fell in. And was at any odds out of a place in two previous maidens.

“But with race experience, more maturity, second prep and out in distance, she’s just been airborne. We’d have brought her to Sydney earlier for a Highway, instead of winning another in the bush.

"But I just didn’t think she was ready or good enough at the time. But at least she’s still eligible. And for that $75,000 in a country Class 3, you’ve got to give them a crack the form she’s in.

“We’re on the limit, good draw and form jockey. And off that 1600m win, we know this filly will run a strong 1500m. She’s a half-sister to Takooacod, a smart mare who won five for us and was unlucky in a couple of Highways - the dam is Takook.”

Takissacod raced on-pace for tenacious wins over 1600m at Wagga Wagga and then 1500m at Albury in recent weeks. And in a deep Highway, Spackman has a healthy respect for his racing neighbour, Sutherland.

“I know that Two Wrongs Don’t - it goes pretty good, not long back from a spell, it’s won three and it’s nicely in at the weights [54.5kg].”

Takissacod and Two Wrongs Don’t will make their presence felt, wider in markets behind the early race favourite the Matthew Dunn-trained dual race winner Cinnamon Missile who has been close behind the placegetters in stronger Eagle Farm and Doomben races.