“She was to run in a similar race at Hawkesbury on October 13, but the meeting was called off after heavy rain leading up to it,” Litt said. 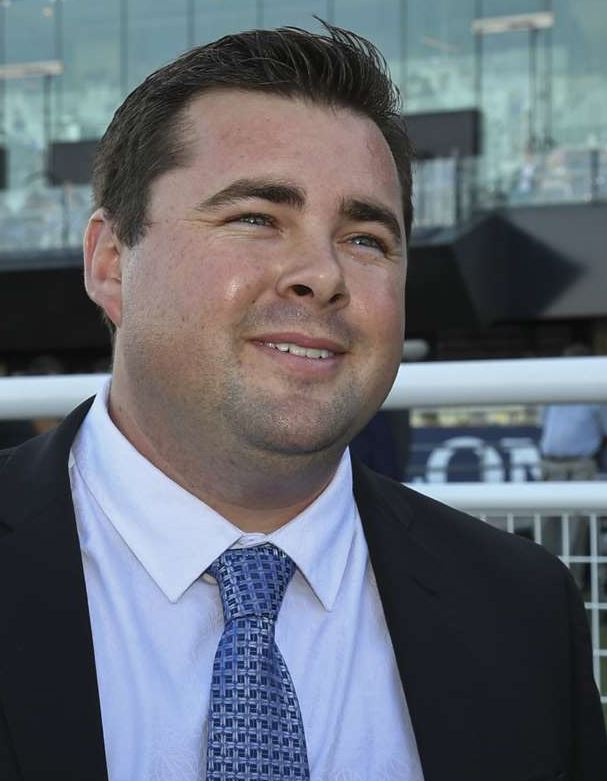 “Then we took her to Kembla Grange four days later for a Benchmark 64 Handicap (2000m).

“She had arrived on course to run in the last race, but the meeting was abandoned by stewards because of safety concerns resulting from the very windy conditions.

“I don’t think there will be any problems, although I would have preferred softer ground for the mare.”

Joe’s Joy is the only horse Litt prepares for Tobermory Stud at Braidwood, established by the late thoroughbred breeder Joe O’Gara, who won the 2008 Sydney Cup on heavy ground for trainer Kevin Moses and jockey Damien Oliver.

The six-year-old mare (by No Wine No Song’s sire Song Of Tara) is a younger sister to now retired five-times Sydney winner Song And Laughter, but is yet to rise to those heights.

“Joe’s Joy is still maturing even though she is an older mare,” Litt said. “She can gallop, but so far hasn’t lived up to what we expected of her.

“Her last run was good when placed at Nowra, and that was only her third start this preparation, so there should be further improvement.

“I’ve kept Andrew Banks on Joe’s Joy as she seems to race best for him.

“I feel she has a good chance; I would love to win another race with her for Joe’s widow Theresa (known to all as Rita).”

Banks rode Joe’s Joy in the first of her two wins; a Class 1/Maiden Plate (2000m) at Canberra in November, 2017 at only her fourth career start.

He was also aboard at her latest assignment in a Benchmark 66 Handicap (1600m) at Nowra on September 22. She chased gamely and was narrowly beaten by the winner Fortune’s Path.

Hawkesbury trainer Garry White had also planned to start sisters Cool One ($7) and Also Cool ($15) at the washed-out home track meeting on October 13, and will line up the pair today.

Grant Buckley will ride Cool One, a rival for Joe’s Joy in the 1800m Class 2 Handicap, and Mathew Cahill partners Also Cool in the Pink Finss Charity Maiden Handicap (1300m).

Four-year-old Also Cool, who has raced only twice and was placed on debut at Orange, hasn’t started since February 1. She was runner-up, though beaten clearly, in a 1200m trial at Warwick Farm on September 24.

The four-year-old younger half-brother to stablemate Generalissimo has been placed at two of his three starts, and beat six rivals in a 1000m trial on his home track on October 14.

All Cylinders (Keagan Latham, $2.25 favourite), another who missed out at the abandoned Hawkesbury October 13 fixtures, will race in a tongue tie in the Ascend Sales Class 1 Handicap (1000m).

In the same race, the Anthony Cummings-trained Watching (Tommy Berry, $6.50) returns as a gelding.

The rail is in the TRUE position for today’s meeting, and a Good 4 rating was posted this morning, with a penetrometer reading of 4.85.