In Her Time Flys Under The Radar For The TAB Everest

Kris Lees has given 'forgotten horse' In Her Time ($23 on TAB fixed odds) his vote of confidence on the eve of her first-up tilt at Saturday’s $14 million The TAB Everest (1200m) at Royal Randwick.

The dual Group 1 winner will be Lees’s fifth representative in the three runnings of the rich sprint, and says he wouldn’t change anything in the way he has prepared the mare to take on a star-studded field. 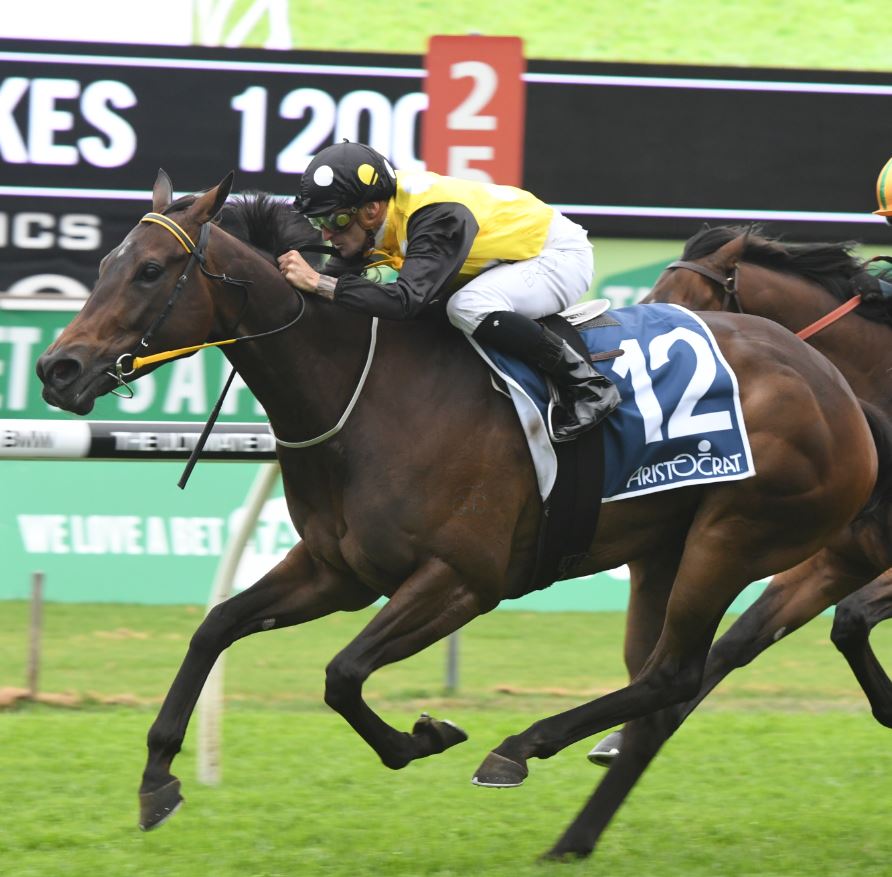 In Her Time (Corey Brown) - Kris Lees has the mare primed for the TAB Everest. Image by Steve Hart Photographics

“I’m absolutely content that we have In Her Time where we want her to be going into Saturday’s race,” he said this morning.

“She wasn’t ready to race a month ago, and has come on really well in the last few weeks.

“The barrier draw (four) turned out perfect for her. It was exactly what I was hoping for.

“Brenton Avdulla should be able to find the fence on her and give her every opportunity from there.

“In Her Time excels fresh [both her Group 1 victories have been when resuming] and I feel she is probably the best chance I have had so far to win The Everest. She is ready to go.”

Lees started Clearly Innocent ($13), who ran eighth in the inaugural 2017 The Everest, and had three representatives – Le Romain (fourth at $9), Graff (fifth at $8) and In Her Time (seventh at $12) – last year when the race was run on a heavy track.

“In Her Time wasn’t suited by those conditions last year, and is far better suited on good ground, which she will get on Saturday,” Lees said. “I’m looking forward to her running really well.”

In Her Time two years ago won the Sydney Stakes (1200m) on the same day as the first running of The Everest, and ran slightly better time than Redzel, who goes in on Saturday attempting to make it an Everest three-peat, having also been successful last year.

Lees has two other Randwick candidates, Angel of Heaven ($3.80) and Articus ($9), and also is keen on their chances.

“Angel of Heaven’s two runs back have been excellent over shorter distances and she gets to a more suitable distance now,” Lees said. “I’m expecting her to be hard to beat.”

The beautifully-bred Redoute’s Choice four-year-old out of multiple Group winner Lights of Heaven, was runner-up in the Group 3 Grand Prix Stakes (2200m) at Eagle Farm in May during the winter carnival.

French import Articus is in peak form, having won a Benchmark 94 Handicap (1500m) at Randwick on September 7 before finishing second to Rock in the Group 3 Cameron Handicap (1500m) on his home track 13 days later (third placegetter Nettoyer scored at Randwick last Saturday).

“Articus has been freshened since the Cameron,” Lees said. “He is going great and there’s no reason why he won’t run well again.”