For Tamworth’s Sue Grills and Burning Crown, again The Kosciuszko frustratingly didn’t equate but in a supporting TAB Highway role, there’s rarely been a better-credentialed runner in the series amidst the theatre of Royal Randwick and The TAB Everest on Saturday.

Last season Burning Crown showed the promise and was prominent in early The Kosciuszko markets, but Sue determined, as a three-year-old, he lacked the maturity and “savvy”.

Burning Crown was spelled and this season, circumstances and time just didn’t eventuate for The Kosciuszko. 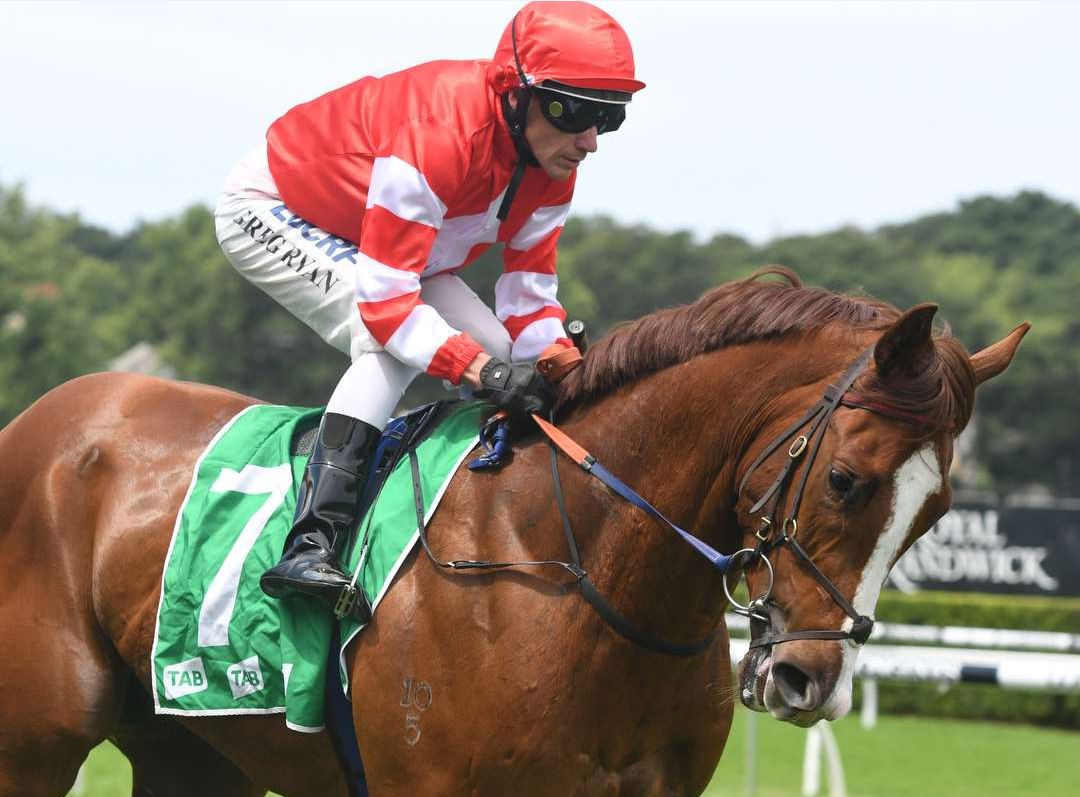 The impressive-looking Burning Crown with Greg Ryan aboard. Image by Bradley Photographers

And on a momentous occasion before one of the largest crowds in the revered history of Royal Randwick.

Three weeks ago at headquarters, Burning Crown was beaten in the last strides by November Man and Human Nature and previously by Chris Waller’s England at 'The Gardens'.

That mix of talent and form would equate to 'Winx odds' and a gilt-edged guarantee for any Highway.

A highly-strung flyer, Burning Crown over-raced early in his career and it cost him more wins before ear muffs were applied pre-race recently.

On Saturday he carries 59kg for Tim Clark and is likely to come in a couple from his barrier 13 because of anticipated scratchings and inside barriers for emergencies.

Such was the demand to be trackside for the great day, the Highway drew a record 47 nominations, finally ending up with a capacity field and four emergencies.

“We keep running into some smart ones, he could have won a couple more races, that’s for sure,” Sue Grills offered.

“But he’s come back lovely this prep, we’ve kept him fresh, he ticked over with a nice gallop at home on Tuesday and hopefully will come in a couple of barriers.

“Importantly, he’s not over-racing like before. He’d get fired up when he was taken on and not settle.

"I’m never overconfident in any race, but he’ll run us a race because he’s just so genuine and honest. We should lead or box seat and we’re back in grade from city form.

”We’re coming down on Friday to give him time to settle, staying at Ronny Quinton’s. And it’ll be an amazing raceday.”

Burning Crown has opened favourite and will remain popular pick at post time and long-term is headed for the Country Championships.