Fujii Heads To Hawkesbury For A Hit-And-Run Visit

International jockey Kanichiro 'Joe' Fujii flies in to Sydney today from Japan hoping for a hit-and-run visit to his old stamping ground at Hawkesbury on Thursday.

Fujii, 35, has three rides at the meeting – including $2.40 TAB fixed odds favourite Foxy Rocket in The Great Northern Provincial & Country Maiden Handicap (1300m) – and all are for Hawkesbury trainers. 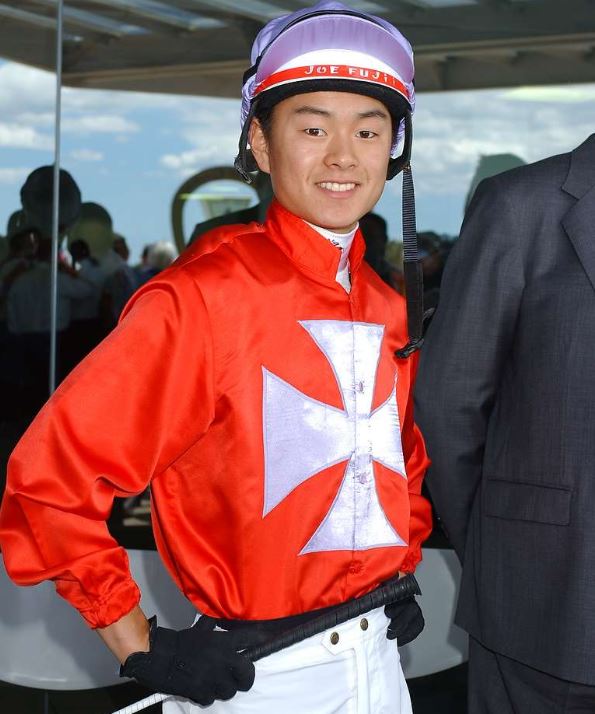 Kanichiro Fujii - back riding at Hawkesbury on Thursday. Image by Bradley Photographers

Fujii came to Australia at 15 years of age to learn to ride at the Murwillumbah Training Centre, and earlier this year fulfilled his lifelong goal to be licensed to compete at home on the Japan Racing Association circuit.

As well as Australia, he has ridden successfully in Korea and Singapore and also rode work in the United Kingdom, France and USA.

Fujii’s last Australian winner was Crispy’s Luck for Ballina trainer Ethan Ensby at the Casino TAB meeting on August 11 last year, and his most recent visit to Australia was on September 5 when he had five rides at Ballina for two placings.

Mayfield-Smith, with whom Fujii served an apprenticeship and rode more than 30 winners for him, is looking forward to catching up.

“Joe is an amazing young man,” Mayfield-Smith said. “I was impressed with him from the day he walked into my office. He has great morals and standards.

“His long-term ambition was to gain a licence from the JRA back in Japan and be the best rider he could be.

“In the short-term, he wanted to win the Sydney premiership and nearly did so, finishing second to Kathy O’Hara in 2006.

“I was delighted to give him a ride at our meeting tomorrow when he got in touch last weekend.”

Topweight, Live The Moment has been withdrawn from Silent Agenda’s race, providing fellow Hawkesbury representative Banjo’s Voice ($34) with a start.

Fujii’s other Hawkesbury mounts (Billy Piu Style and Foxy Rocket) both were originally prepared by Tommy Wong, who will be eligible to reapply on October 31 for his training licence.

He is currently serving a disqualification imposed by Racing NSW Stewards after pleading guilty to a charge relating to an elevated cobalt level in a post-race urine sample taken from Story Of Tong Sai, who won at Hawkesbury on September 20 last year and was subsequently disqualified.

Croft, who took over Foxy Rocket’s training when Wong was outed, is hoping Fujii’s arrival can turn around his gelding’s fortunes.

Foxy Rocket has been placed at his last four provincial starts, interspersed with a sixth at a midweek Canterbury meeting on August 21.

“He has been a very unlucky horse,” Croft said. “I’m not saying he would have won, but definitely should have finished right on the placegetters’ heels at Canterbury behind Yao Dash (who won again at Randwick on September 7 and is one of the chances in Saturday’s $1m Group 1 Golden Rose at Rosehill Gardens).

“And I feel he should have won his last start at Hawkesbury when beaten only a half-length by Pacific Legend. Foxy Rocket has trained on well since that run.”

Scone trainer Paul Messara this morning was awaiting acceptances at his home meeting on Friday before deciding where to head with Animal Kingdom four-year-old Emanuela (Tommy Berry), an early $3.20 favourite for The Koyomi Class 2 Handicap (1800m).

Emanuela has drawn barrier six in a field of 13 for the Class 2 Handicap over 1600m at Scone.

Moreno ($7.50 in the Two Sons Premium Maiden Plate, 1300m) and Spaceboy ($2 fav in the McWilliam’s Stolen Colt Maiden Plate, 1000m) return tomorrow having been gelded since their latest runs.

The rail is 5m out from the 1300m to 800m, and in the TRUE position for the remainder. A Soft 6 rating was posted this morning, with a penetrometer reading of 5.15.