A Stampede Is Likely In Friday's Wyong Gold Cup

Chris Waller has trained the Wyong Cup winner on six of the last 10 years and the champion trainer has accepted with five of his stayers for Friday's Cup. 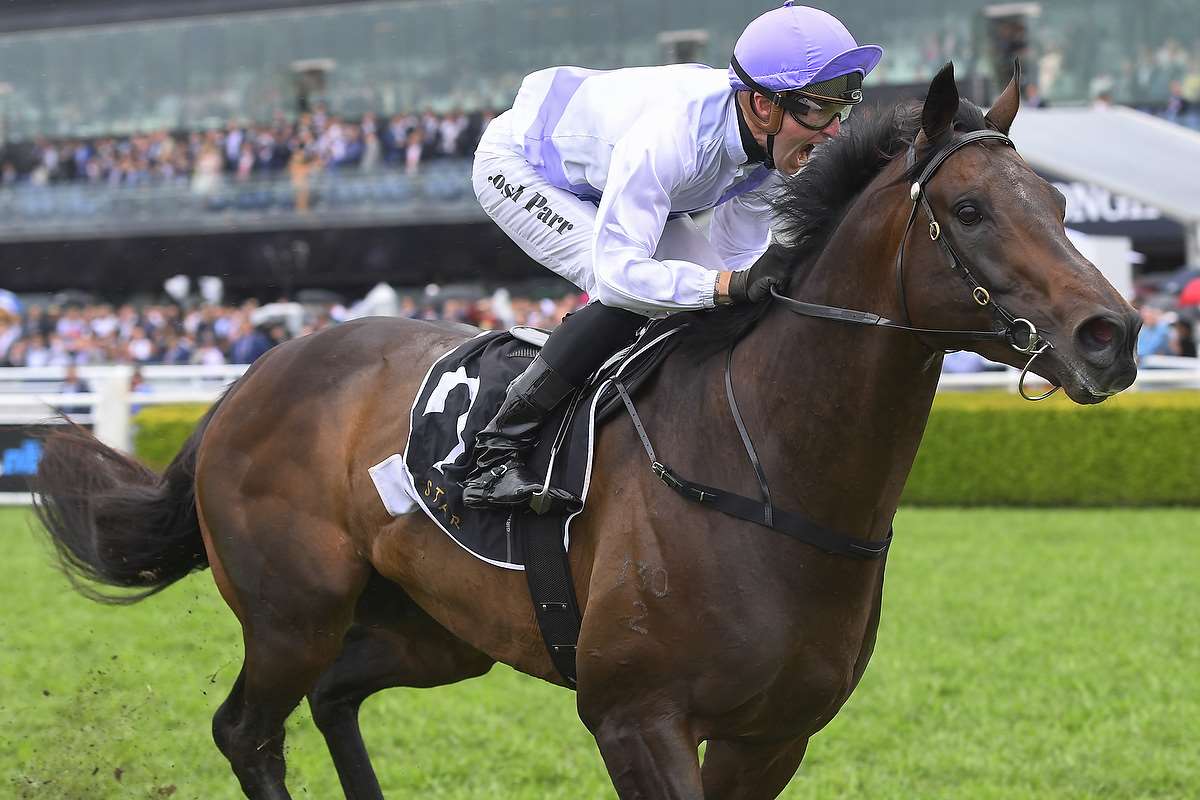 Gai Waterhouse won the 2012 Wyong Cup with Julienas and she is co-trainer with Adrian Bott of this year's favourite Stampede ($3.80 on TAB fixed odds).

The latter was narrowly beaten by stablemate Wolfe in the Premier Cup Prelude last start on the Kensington Track and he is a front-runner and a winner at Wyong.

Kris Lees's Sixties Groove ($5.50) is topweight and the imported stayer resumes after winning the Brisbane Cup in June. Lees won the race in 2016 with Slow Pace.

Wu Gok ($5) has a great chance for Waller and the interesting runner is the Kiwi, Blue Breeze ($11), who was placed in the Auckland Cup and a last start winner in New Zealand.

RACE 1, PRIORITY BUSINESS LAWYERS MAIDEN PLATE, 1350M: Corporal ($4) was narrowly beaten at Newcastle last start when dead-heating for second with subsequent winner Tepario. He has only had two starts for two seconds and he was held up in the early part of the straight last start. Version Two ($6) can improve on his unplaced run at Nowra last start as he was runner-up at Gosford first-up. Parveen ($3.20 fav) has been placed in six of her seven starts and is drawn to finish in the placings.
SELECTIONS: 2 CORPORAL, 5 VERSION TWO, 9 PARVEEN

RACE 2, BISHOP COLLINS ACCOUNTANTS MAIDEN, 1200M: Impudens ($4.80) resumes here after an easy Gosford trial win. In his only start in March he raced outside the leader when a close third at Warwick Farm. He will race on the speed from his favourable draw. Maisaa ($6.50) was slow away when beaten half a length at Kembla last start and she will be hard to beat. Favra ($7.50) came from well back when beaten a length at Hawkesbury in his only start and he will be fitter.
SELECTIONS: 3 IMPUDENS, 2 MAISAA, 8 FAVRA

RACE 3, CENTRAL COAST COOLROOMS CLASS 2, 1200M: Famous ($6) is a quality colt which bolted in at Newcastle two starts back in the autumn and wasn’t beaten far when runner-up to Deep Sea on the Kensington Track. He failed last start in the Group 3 Up And Coming at Randwick but this is a huge drop in class. Famous has barrier one and James McDonald. Oakfield Twilight ($10) had no luck last start when he never saw daylight in the straight at Canterbury. Mosuo ($10) got a long way back when a fast-finishing second at Goulburn last start.
SELECTIONS: 6 FAMOUS, 4 OAKFIELD TWILIGHT, 9 MOSUO

RACE 4, AUSTRALIAN BLOODSTOCK B/M 64, 1600M: Bid‘n’Bare ($4.80 equal fav) is on a quick back up after a finishing close second at Wyong on Sunday. She steps up to a more suitable 1600m and she has a nice draw. Avdulla rode her for the first time on Sunday and he returns the mount. He’s A Given ($6) chased hard when beaten two lengths at Warwick Farm last start and he races well here. Grand Eagle ($14) can race fierce but he is a chance if he behaves.
SELECTIONS: 9 BID‘N’BARE, 3 HE’S A GIVEN, 2 GRAND EAGLE

RACE 5, HUNTER PETROLEUM PRODUCTS DA VINCI 3&4 YR OLD B/M 64, 1300M: Camp Rifle ($3.20 fav) is a lightly-raced Godolphin three-year-old which caught the eye with a strong finishing third at Hawkesbury in his second start recently. He was only beaten .12 of a length after a heavy bump at the 800m. On debut he won impressively at Kembla. Defeat ($6) is chasing a hat-trick after smart wins at Hawkesbury and Wyong. Rhythmic Pulse ($4.20) has been racing okay in the city.
SELECTIONS: 10 CAMP RIFLE, 1 DEFEAT, 2 RHYTHMIC PULSE

RACE 6, WINNING COMMERCIAL MONA LISA STAKES FILLIES & MARES, 1350M: There are many chances in the Mona Lisa. The Canberra-trained mare Notation ($7) has a fine record and James McDonald has the mount. She didn’t have much luck when beaten 2.7 lengths in the Toy Show. The mare was stiff two starts back at Randwick. Her record stands at 10 starts for 5 wins and 3 placings. Organza ($7) has had a let-up after being runner-up in her past four starts and she has been kept up to the mark with a recent trial. Bangkok ($21) is in great form on city tracks.
SELECTIONS: 10 NOTATION, 13 ORGANZA, 7 BANGKOK

RACE 7, CARLTON DRAUGHT WYONG GOLD CUP, 2100M: Stampede ($3.80 fav) is the likely leader and he will be hard to run down. He was run down late in the Premiers Cup Prelude on the Kensington Track three weeks ago and he is ready to win after three starts this prep. Brisbane Cup winner Sixties Groove ($5.50) resumes on the back of a nice trial. He had outstanding Group form during the Brisbane Winter Carnival. Duca Valentinois ($10) can run well following a solid performance in The Rowley Mile at Hawkesbury.
SELECTIONS: 3 STAMPEDE, 1 SIXTIES GROOVE, 4 DUA VALENTINOIS

RACE 8, THE DOYLO SPRINGTIME B/M 70, 1100M: Maroch ($3.90 fav) led all the way to win at Gosford last start and he had a good record in Tasmania before crossing Bass Strait. Airwing ($6) resumes and he is a fast horse with a good record. Texas Storm ($11) has ability and should go well fresh.
SELECTIONS: 9 MAROCH, 5 ARWING, 11 TEXAS STORM