Lees Tossing Up Wyong Or Randwick Start For Sixties Groove

Trainer Kris Lees will accept with Sixties Groove in both the Wyong Gold Cup and Chelmsford Stakes – and then decide which path to take after studying the fields. 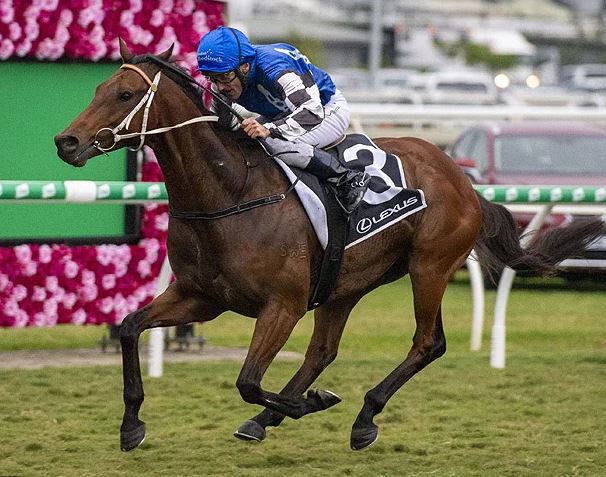 “The Wyong weight is about what I expected,” Lees said. “We’ll have a look at both fields after they come out on Wednesday morning and then make a decision which way to go.”

Lees nominated six horses for the Wyong feature and, aside from Sixties Groove, is keen to run High Opinion, Loveisili and Mongolian Wolf.

Twenty-five horses were entered for the Wyong Cup and 16 horses can start with capacity for four emergencies if there are sufficient acceptances.

Sixties Groove, Loveisili and Mongolian Wolf all race under the banner of Australian Bloodstock, for whom Lees won the 2016 Wyong Cup with roughie Slow Pace (Robert Thompson) on a heavy track.

Lees is yet to decide a weekend assignment for Invincible Gem, who has been placed in Group races at both starts since resuming. She has 57kg in the Chelmsford and 55.5kg under the set weights and penalties conditions of the $200,000 Group 2 Tramway Stakes (1400m).

Smart four-year-old Aliferous, who raced so well in Sydney in the autumn and in Brisbane during the winter, is likely to resume in the Tramway (54kg), which attracted 20 entries. She ran on nicely without being put under pressure when sixth in a 1000m trial at Gosford.

Group 1 winner El Dorado Dreaming and imported mare Delectation Girl were amongst the Tramway nominations, but neither will line up.

Lees intends waiting another week with El Dorado Dreaming and running her in the Group 2 Theo Marks Stakes (1300m) at Rosehill Gardens on Saturday week. The winner automatically gains a start in the $1m Group 1 Epsom Handicap (1600m) at Randwick on October 5.

Delectation Girl (58kg) will have her next Australian start at Wyong on Friday, in the $140,000 Listed Mona Lisa Stakes (1350m) against her own sex.

Gem Song trialled for the second time this campaign when sixth in another 1000m heat at Gosford, and also will resume in the Theo Marks, chasing a possible Epsom start.

Australian Turf Club has extended the deadline for nominations to 11am today for the Concorde, which shapes as a mini The Everest (1200m) with dual winner Redzel, Sunlight and Pierata already having gained slots for the third edition of the $14m sprint at Randwick on October 19.

Lees was happy with Samantha Miss’ daughter Miss Fabulass’ second to It’s So Obvious in an 800m trial at Gosford, and also with stayers Big Duke, Fairlight, Red Cardinal and Saunter Boy, who ran second, third, fourth and sixth respectively to Goathland in a 1200m trial.