Brimming with confidence and the momentum of a winning double at her home track Albury on Tuesday, trainer Donna Scott included a trip to Sandown into the meticulous planning for her emerging speedster Galaxy Force into a Royal Randwick TAB $75,000 Highway Handicap (1100m) on Saturday.

“When we targeted this Highway a while back, we took him to Sandown for the race and travel experience; he’s trialled at Wagga, worked lovely at Corowa, so we’re ready as we can be,” Donna enthused. 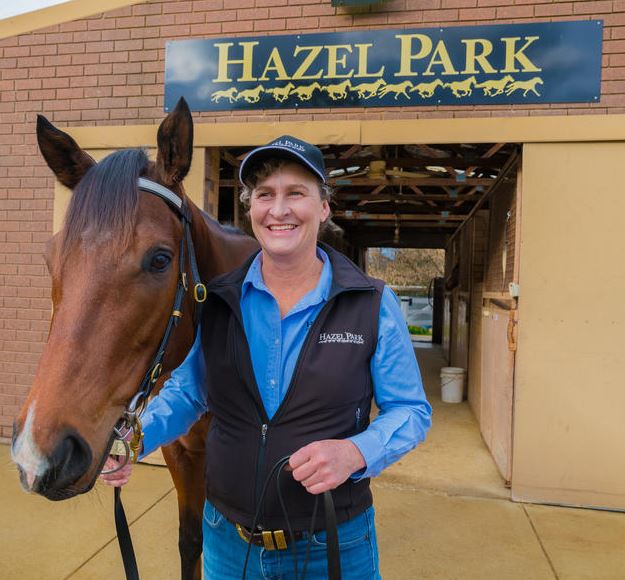 “He’d shown us enough maturity this prep to be competitive at Sandown in a tougher grade. He’s freshened for the right race I think.

"He’s a nicely built, a stocky unit, has gate speed and a 'jump and run' horse that you need in these races.

“From that draw (7) we can either lead or sit. We’ll leave that call to Blaike (McDougall) as he’s ridden him all along.

“But he closed strong enough in his races, to suggest he’ll get further. He sat third at Wagga, so he doesn’t have to lead to win.”

Galaxy Force with the upside of two wins from just four race starts and the versatility of a heavy track win at Wagga Wagga BM 58 in July, and on a firm going for a runaway Corowa maiden success previously, has his 57kg reduced by the 2kg claim for McDougall.

Galaxy Force showed notable speed fresh, when a close second to the turn and beaten over three lengths in a tougher Sandown BM 70, race last month won by Ray’s Dream.

Throw in a ‘soft’ seven barrier in a capacity field and Galaxy Force has plenty to offer the lady who celebrated success in last season’s Albury leg of the Country Championships by her star mare Bennelong Dancer.

Donna was just as thrilled when she finished a gallant fourth to Listed sprinter Noble Boy in the Championships Final at headquarters during a marvellous spring carnival.

“That showed her ability, she just wasn’t herself when she disappointed at Warwick Farm, but there’s nothing amiss, she’s done well since so we certainly haven’t given up on The Kosciuszko.”

Sweepstakes ticket sales are booming for the world’s richest country race ($1.2 million) to be run amidst the spring carnival theatre of The Everest on October 19, worth $14 million at headquarters.

Donna gained invaluable grounding, firstly from Graham and then employed extensively by Darley and then Godolphin Racing.  A highlight for Donna was handling the top-class sprinter Epaulette in Brisbane for success in the 2013 Doomben 10,000.

On Saturday, Galaxy Force is prominent in betting in a capacity 14-horse field where several leading chances are precariously drawn.