Goldman Hopes To Cast Some Highway Magic With Black Wand

Rated essentially as a modest travelling companion for a Group galloper who might contribute "some expenses", the emerging Black Wand can weave his share of magic for trainer Kurt Goldman in the $75,000 TAB Highway at Rosehill Gardens on Saturday.

The former Gold Coast gelding is primed by a powerful Eagle Farm win to continue Goldman’s winning vein after he and Sam Clipperton combined to win last week’s episode at Royal Randwick with Irish Songs.

Clipperton carries the momentum on Black Wand, a (Trusting-Dark Queen) four-year-old with 57.5kg into the TAB Highway Class 3 Plate, 1500m. 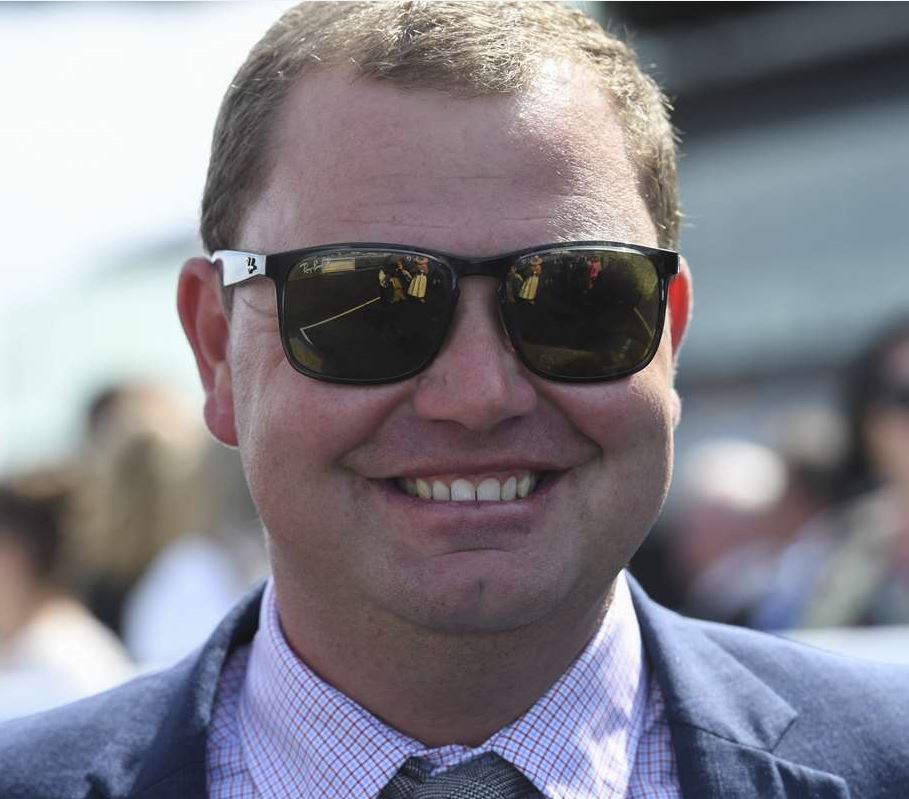 “We took him up to Queensland to keep Eckstein company, find a suitable race and he got the job done,” Goldman enthused from his Goulburn stables.

“He was brought down here, hopefully, to make a nice Country Cups horse in the 1600m to 2000m range.

“The Brisbane trip flattened him a bit, so we gave him time off. He’s a fit and happy horse now.

“He’s best suited with a bit of give in the ground, but it looks like a drying track.

“He’s better ridden with cover and having the last crack. Ridden upside down on the pace, he can over-race.”

Goldman continues to rise in status after the young former rodeo rider, farrier and pre-trainer burst to prominence winning Listed and Group races with Hellbent at Flemington in 2016 and then in recent seasons with grand mare Eckstein.

He refined them early career into top-class performers only to lose them for various reasons, respectively to Darren Weir and Chris Waller.

Waller acknowledged Goldman after Eckstein won last week’s Listed Winter Stakes at Rosehill. However, Goldman rides the disappointments with regular emerging provincial and city winners, and healthy numbers from his Goulburn stables. Kurt invariably is in the money when he targets a TAB Highway.

Form students and tipsters swear by Dunn’s Brisbane ratings when he targets a Sydney Highway. The Murwillumbah trainer now has near 30 series wins.

Black Wand powered from near last to win in a photo over 1400m at Eagle Farm, so logically he should relish the extra distance.

At Eagle Farm, Black Wand flew late from rearward and largely under the radar at $14 over 1400m on a soft six after modest Riverina form early in his preparation.

He was originally transferred to Goldman from the Gold Coast stables of David Joice, in October last season.

Black Wand is raced in the same interests as Hellbent, with the syndicate head former Wallaby international Alan Cardy who operates a state-of-the-art training complex at Goulburn with Goldman the head trainer.

Meanwhile, the $1.3 million The Kosciuszko in mid-October is all-consuming for country trainers.  Sweepstake tickets at $5 for punters have been booming at innumerable TAB outlets statewide and on the TAB app since they went on sale three weeks ago.