Slattery's Hoping To Put On A Victory Dance At Gosford

Local trainer Gilbert Slattery only has two horses in work, but heads across the road to The Entertainment Grounds at Gosford this Thursday with a live chance of breaking through on his home surface.

His Snippetson mare Dancing Phryne lines up in the Gosford RSL Fillies and Mares Class 1 Handicap over 1200m, and although she is yet to post a victory on her home track, she has had four runs there and is yet to finish out of the top five.

When asked why his horses have the ‘Dancing’ moniker, Slattery explains it’s a throwback to he and his wife’s favourite pastime. 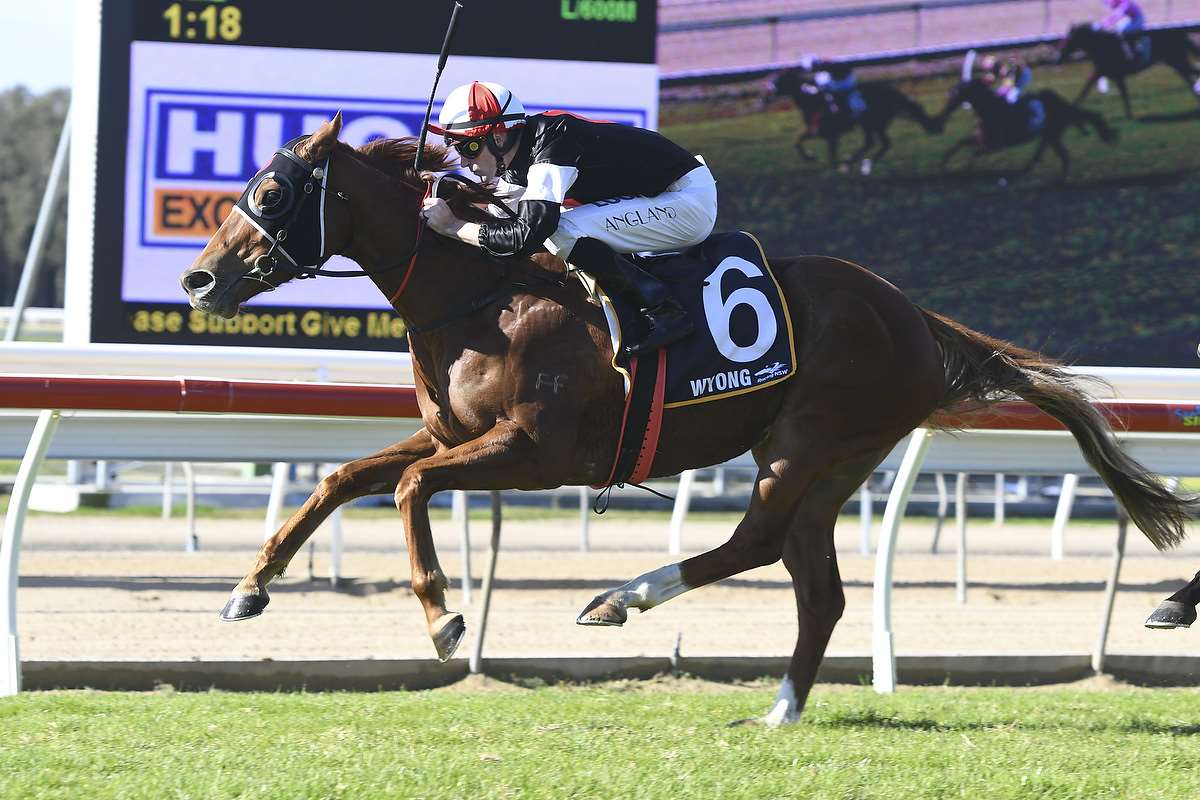 Dancing Phryne (Tye Angland) in her only career win at Wyong. Image by Bradley Photographers

“My wife and I used to do a lot of dancing when we were younger,” Slattery said.

“We originally had a horse called Dancing With You that won a stakes race, so we’ve just kept it going.”

The four-year-old mare has been a consistent money-spinner for the Slattery family, earning over $50,000 to date and more than covering her purchase price.

“We bought her for $15,000 as a yearling at Scone,” Slattery said. “My son Tom broke her in, and Jenny (Duggan) rides her trackwork every morning and her claim brings her down to only 54kg.

"She’s drawn well and is a really good barrier horse, so we’ll be up on the pace on Thursday.”

When quizzed about the dangers in the race, Slattery recalled a time when it wasn’t so competitive.

“We used to have the track to ourselves,” Slattery said. “Nowadays you have all the big metropolitan stables heading up the highway!

"However, you have to respect the James Cummings runners [Gorgons & Efficiently].”

Join us for the Central Coast Clubs Charity Raceday that proudly supports Give Me 5 For Kids, an initiative that raises funds for local children’s hospital wards.

Gates open at 11am with the first race scheduled for 12pm.