When you are a trainer with only a small team, Group 1 winners rarely come along ... if ever.

But Warwick Farm-based Ron Leemon no doubt had thoughts of his former stable star Manawanui when he purchased a Eurozone colt for $52,500 at the 2017 Inglis Classic Yearling Sale. 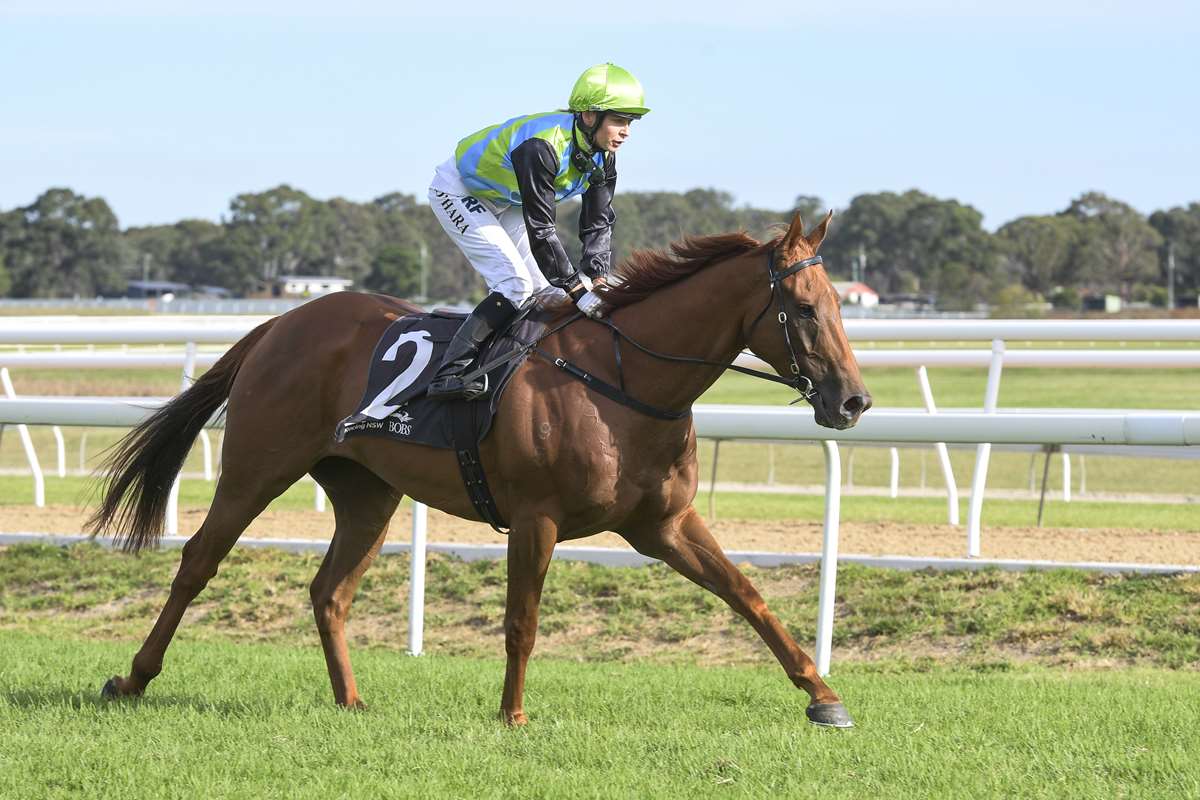 Especially as the youngster was offered by the same vendor (Goodwood Farm at Murrurundi) at the same sale where he purchased Manawanui seven years earlier for $45,000.

Leemon, realistically, knows that 2017 buy – who lines up at Hawkesbury on Thursday as a gelded three-year-old by the name of Euroblaze (out of Storm Of Fire) – has a long way to go if he is to reach the heights of now retired 10-year-old Manawanui, whose seven wins included the 2011 Group 1 Golden Rose at Rosehill Gardens and close second to Helmet in the Gr 1 Caulfield Guineas a month later.

Still, at least he is already a winner and is chasing his second win at only his third start in the Gold Crest Security Class 1 Handicap (1400m).

Kathy O’Hara, who rode Euroblaze (an $8 chance on TAB fixed odds) when he broke through at $16 in a 1300m Maiden Handicap at Hawkesbury on May 9, partners him again.

“I never have a big team of horses, and have six in work at present,” Leemon said this morning.

“When I saw this horse, I liked him. He was a good type and Kerry Tibbey from Goodwood Farm told me she thought he would go alright.

“She bought a share back in Euroblaze when I purchased him, which was encouraging.”

Leemon has been patient with the lightly-raced gelding: “I had him ready to race last year, but he hurt a shoulder, so we gave him more time.

“He has some ability and has done well since his Hawkesbury win earlier in the month. I wouldn’t be running him otherwise.”

Manawanui earned $1,445,830 from his 20 starts, and Leemon says he is being looked after well on a farm and living a “life of Riley”, and has been to a few equestrian shows.

Leemon has had only 12 starters so far this year and experienced a frustrating run of five minor placings before Impurity broke through at Wyong on April 24 at her 17th start after being placed on eight occasions.

Two runners later, Euroblaze also found the winning post, so naturally, Leemon is hoping he can keep the momentum going on Thursday by clinching back-to-back victories with the gelding.

Newnham, who also saddles a last-start winner (Go Fish Go, $4.40 equal favourite) against Euroblaze, needs only one winner to reach a century since taking out his licence three years ago.

Like Leemon’s Euroblaze, Go Fish Go (Josh Parr) broke through at his second start, in a 1350m Wyong Maiden Plate on May 2: “He had his first start at Hawkesbury when fifth and keeps improving,” Newnham said.

Newnham also starts The Golden Bear (apprentice Robbie Dolan, $31) in the Lander Toyota Maiden Plate (1800m) and has decided to put blinkers on him at his third start.

The Golden Bear is raced by former champion jockey and golf fanatic Shane Dye, who named him after 18-times major winner (including six US Masters) Jack Nicklaus.

Kris Lees, with 197 winners so far this season prior to today’s Canterbury meeting, is on the cusp of preparing 200 winners in a season for the first time.

Blinkers go back on Only Wanna Sing, and Paul Joice has named Royal Monarch as his best bet on the program.

The rail is in the TRUE position for Thursday’s meeting, and a Good 4 rating was posted this morning with a penetrometer reading of 4.87.