Bateman To Bite The Bullet In Highway At Rosehill Gardens

Keen form student John Bateman is accustomed to being an outnumbered outsider opposing prolific winners Matthew Dunn and Danny Williams in the TAB Highway series, but John reckons he has some vitals in his favour for Rosehill Gardens on Saturday.

Bateman is convinced his promising Wyendra ($15 on TAB fixed odds) is the “weighted horse” against Dunn, striving for his 22nd series success with short-priced favourite Bullet Speed ($10 into $8) and possibly Green Reign ($3.60 favourite), while Williams with 16.5 series wins, is solid in betting with Bridyn May ($15). 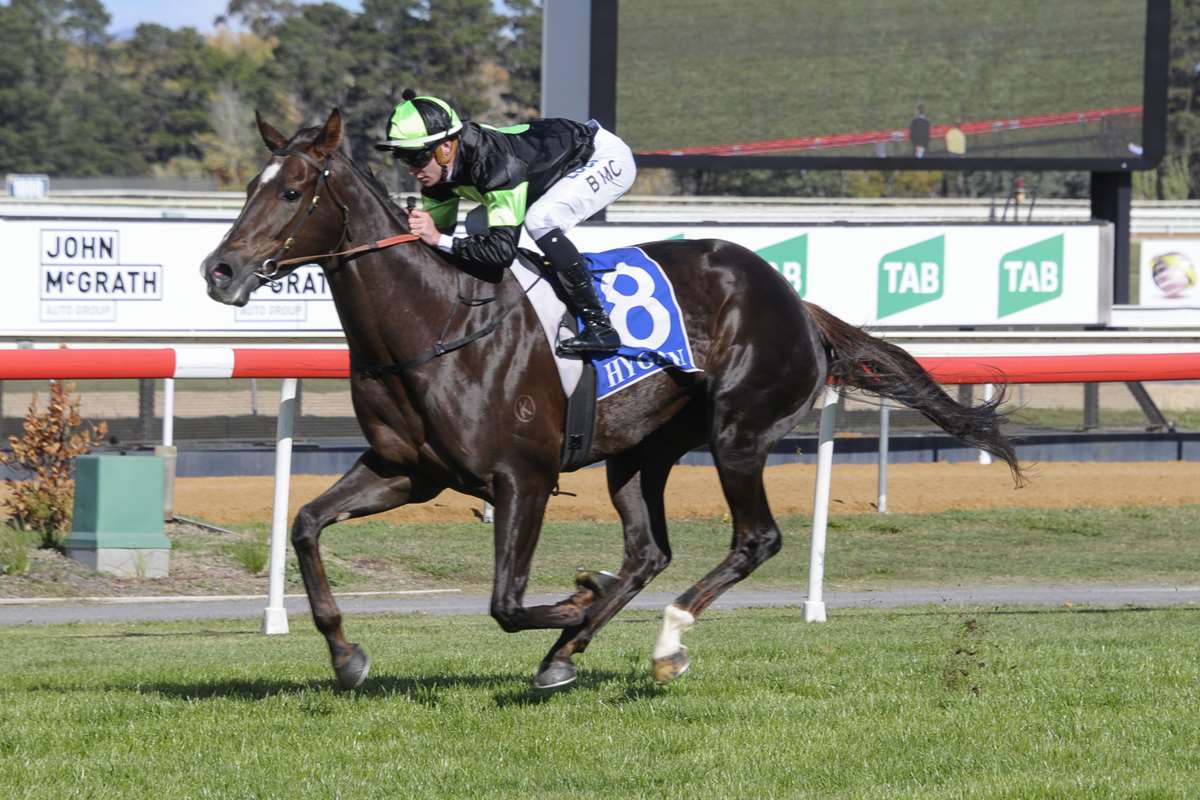 Wyendra scores with Blaike McDougall aboard. Image by Bradley Photographers

Goulburn’s Bateman is right on-speed with the form.

“I saw Bullet Speed win at Eagle Farm - impressive, the horse to beat but it’s always tough from a maiden jumping in grade and giving weight to older horses,” assessed Bateman with multiple Highway success through 2016 Goulburn Country Championships Leg winner Lofty’s Menu and talented Erica.  Both retired through injury.

Meanwhile, the only horse to jump from maiden success to win a TAB Highway was Brett Cavanough’s Star Boy at Warwick Farm in February last season.

Bateman has scratched Wyendra, who looked near a good thing at Goulburn on Friday, for a TAB $75,000 Class 2, 1200m episode at “The Gardens” on Saturday.

She won by a widening 3.5 lengths at Canberra recently, continuing a resurgence for Batemen with a small team.

Zedforce completed a Canberra double and Show Me the Honey also won at Goulburn: “I’ve only got a few in work so I rarely come to town.

“But I didn’t expect just 53.5kg with this mare. She’s lightly raced - won really well first-up after nine months off with leg issues.

"And she showed plenty of ability before she won her maiden. She’s improved and on the limit. At Goulburn we had 60.5kg and drew out.”

Those factors plus the difference in the prizemoney, $22,000 at Goulburn, made it a logical call for Bateman.

“Her work was lovely on Tuesday morning, she’s drawn for a nice sit (barrier 7) and has a form rider in Rachel (King).

“At this stage of her prep, the ‘1200m’ is ideal as she’ll get 1400m. Highways are always run at a solid tempo, so with improvement from her first-up win, she should close off strongly.

“But we’ve had some success with the right horses before and I’ve got some nice types coming through.”

In recent weeks, Bateman has won a Canberra double with Wyendra and Zedforce, and Show Me The Honey won at Goulburn.

Bateman emerged after being a long-time foreman for the late great Guy Walter.

Matthew Dunn assessed Bullet Speed as a “massive raw talent, inexperienced obviously but so much scope.”

Tommy Berry rides Bullet Speed on 56.kg while Glyn Schofield has been nominated for stablemate Green Reign, resuming after an Ipswich maiden winner in December and two recent trials.