"Will Take A Smart One To Beat Her" In Newcastle Maiden

Randwick filly Got Your Six heads to the Newcastle Racecourse on Saturday for what is considered an easy kill for one of Sydney’s best-credentialled 'maiden' gallopers.

The blue-blooded Snitzel filly trained by Gai Waterhouse and Adrian Bott will contest the 1200metre Fillies and Mares Maiden Plate in which she is very well placed under the set weight conditions.

Got Your Six ($2.10 on TAB fixed odds) has been runner-up in all of her three starts at Warwick Farm and on the Kensington Track on two occasions. In all three starts, she has been beaten by potential Group winners, Trope, Classique Legend and Fasika. 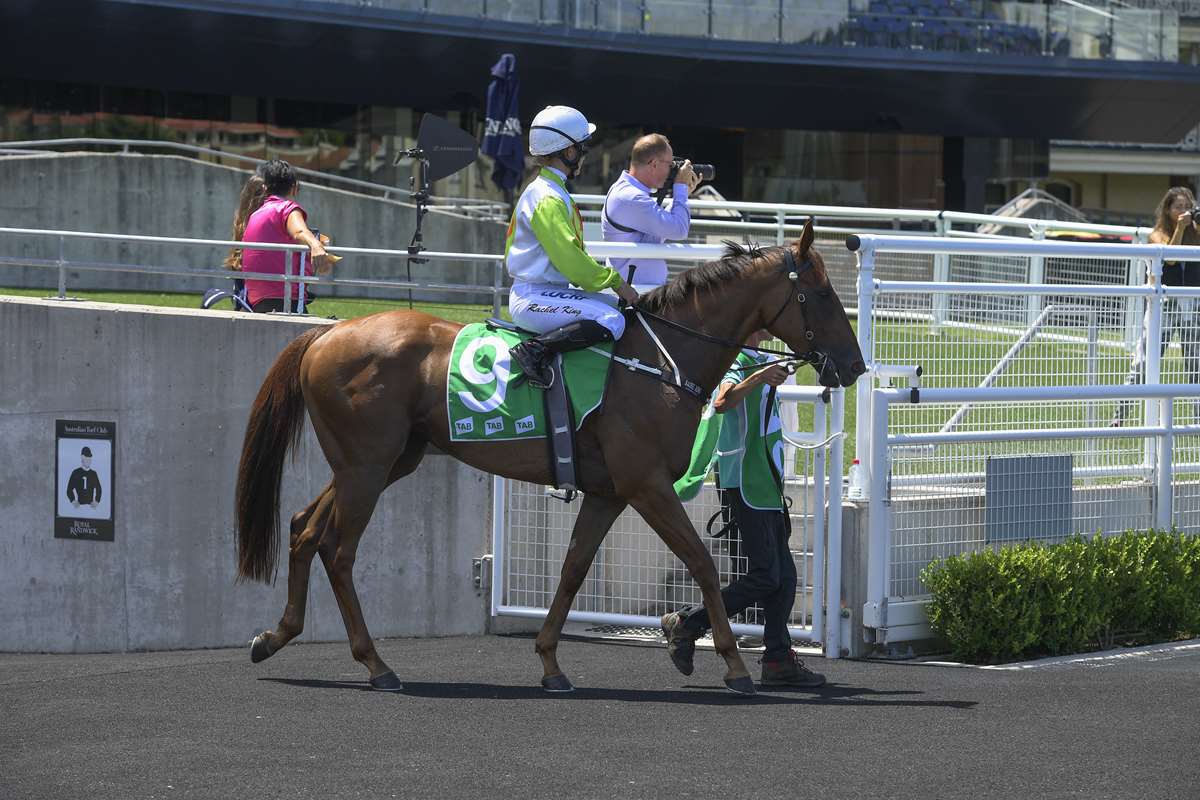 Got Your Six (Rachel King) - expected to go close at Newcastle on Saturday. Image by Bradley Photographers

Stable foreman Neil Paine told yours truly on Thursday that Got Your Six is a quality three-year-old with a bright future.

“She is pretty good and Gai and Adrian have found the right race for her and it will take a very smart one to beat her on Saturday," Paine said. "Got Your Six has chased home three very smart horses to date and this is a huge drop in class.

"She will be on the speed and she continues to work well. This filly has a bright future and she has blinkers on for the first time on Saturday.” Lee Magorrian rides for Got Your Six.

The Kris Lees-trained Fuji Fury ($4 favourite), beaten for the first time in the Wyong Provincials Qualifier on March 30, can return to the winning list in the 1870 metre Benchmark 64 Handicap.

Fuji Fury was unbeaten in his first three starts at Taree, Coffs Harbour and Newcastle in the spring. His last win before a spell was over 1880m at Newcastle when he stormed home late to claim victory.

Fiji Fury made up good ground first-up on the heavy track at Wyong over an unsuitable trip. However, Saturday’s  1870 Metre trip is ideal second up and with Digger McLellan in the saddle he has strong claims.

Former Irish stayer Cleverley ($2.80 fav) will have her second Australian start in the opening event the 1870m Maiden Handicap. The imported mare was unplaced in four starts in Europe before joining the powerful Hawkes stable last winter.

In her Australian debut, she finished strongly to claim third place on a Heavy 9 over 1400 metres at Kembla on March 23. The Hawkes stable has enjoyed a long and successful association with Cessnock’s Hall of Fame jockey Robert Thompson and ‘RT’ rides Cleverley on Saturday

Alier won two on the trot at Newcastle and Canterbury in February and he hasn’t raced since.

To celebrate Winx’s last race, patrons attending Newcastle Racecourse can go in the draw to win one of five Winx merchandise packs.