Fate Could Reward Kelly With His Biggest Ever Payday

Such a move, had it taken place, would have ruled the lightly-raced five-year-old ineligible for this year’s renewal of the Polytrack Provincial Championships. 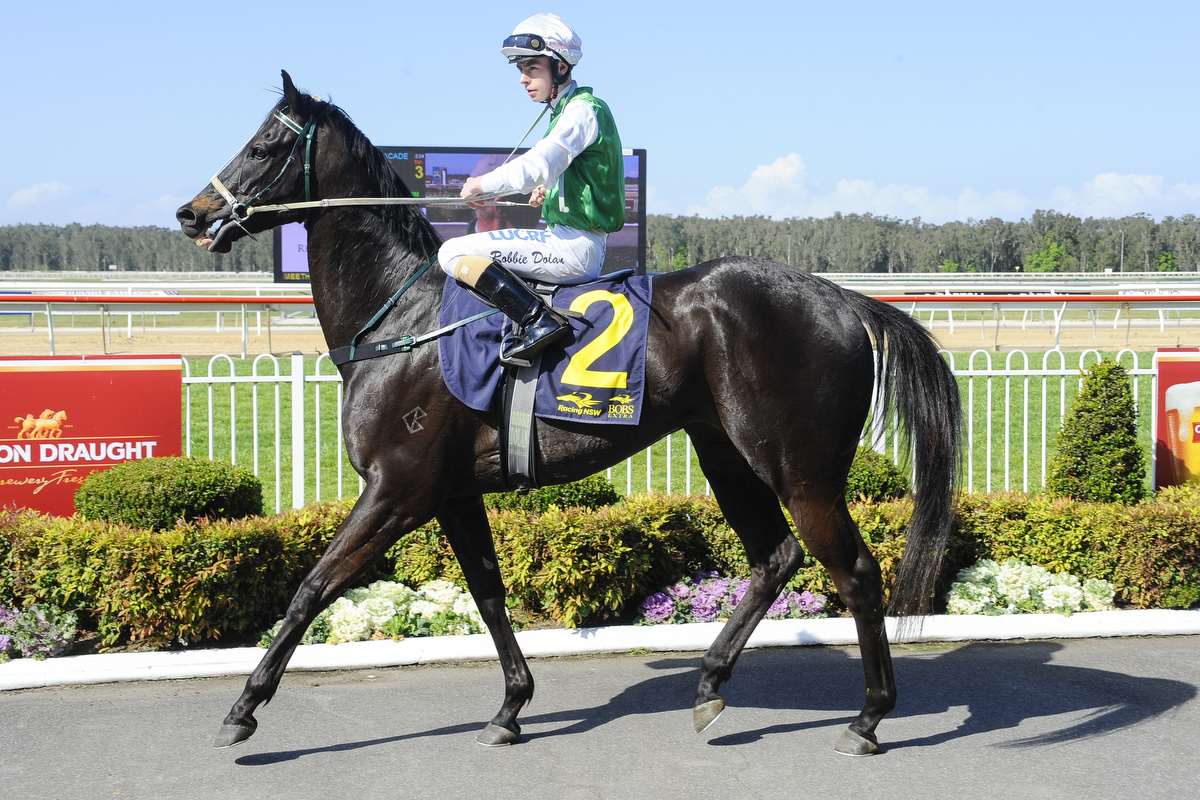 Jockey Koby Jennings was meant to have ridden Bobbing in the Spring Final but lost the mount to his then 'stablemate' Rory Hutchings through a misunderstanding.

Instead, he had the 'sit' on Newcastle-trained Chalmers, who ran seventh.

Remarkably, fate has intervened to provide both trainer and jockey with the opportunity to each notch the most important success of their careers with Bobbing in Saturday’s $500,000 Polytrack Provincial Championships Final (1400m) at Royal Randwick on Day 2 of The Championships.

The sale stalled and has only just been finalised, enabling Kelly to continue preparing Bobbing at Hawkesbury and qualify him for the prestigious Final.

Hutchings, struggling to keep his weight in check, earlier this year decided to return to his native New Zealand, leaving the door ajar for a replacement rider for the Provincial Championships.

His former riders’ agent Josh Barrett, who also manages Jennings, was quickly on the front foot to Kelly to get him on Bobbing in the last of the five qualifiers at Wyong on March 30.

Circumstances combined to provide Kelly with one remaining chance to qualify his horse there for the April 13 Final.

Erring on the side of caution, he withdrew Bobbing from the second qualifier at Newcastle (March 9) on race morning because of a throat infection.

That cleared, but then rain intervened washing out the Rosehill trials on March 19, at which Kelly had planned to start Bobbing, forcing him to also miss the fourth Kembla Grange qualifier four days later.

So to Wyong – and Bobbing didn’t let him down, turning in an outstanding performance to go under narrowly to city winner Turnberry after coming from last and circling the field.

With only three horses in work, Kelly’s performance to qualify his stable star for the $500,000 Final should not be understated. Given his pedigree though, it should be no surprise.

Kelly’s late father Noel, based in Ballarat, was regarded as one of the most astute trainers of his era.

Citadel carried the blue and white colours of AFL’s North Melbourne Kangaroos, for whom part-owner Monty Millson served on the committee. Ironically, his brother and co-owner Albert was a Carlton fan.

The brothers’ football rivalries notwithstanding, Citadel was both hugely talented and versatile.

He won the 3200m Duke Of Norfolk (now Andrew Ramsden) Stakes at Flemington the previous year, and inflicted the only defeat on the brilliant sprinter and later stud success Bletchingly in the 1200m Bobbie Lewis Quality at that track, leading up to his Epsom tilt.

Two days after Citadel won the Epsom, Kelly saddled Frozen Section (Ray Setches) in The Metropolitan. Stable followers had backed the double to win a reported $2 million and looked set to collect until Passetreul (Roy Higgins) nabbed him in the last few bounds.

Bernie Kelly cheered from afar when Citadel won the Epsom.

“I was at Flemington that day,” he recalled. “Dad also won the Edward Manifold Stakes (feature 1600m event for three-year-old fillies) with Rainburst. It was a big day for the stable.”

“I was working at Lomar Park for Fred, and he had this retired racehorse (Double Edge) and suggested I have a crack at getting him going again,” he said. “That eventually led to me training Fred’s horses when he set up a stable at Warwick Farm.”

Kelly says he gave racing away for “five or six years” and thought he had it out of his system.

“Somehow, I got back into it. I never thought I would, but only with a small team.”

Kelly and his wife Anne bought a share in the ill-fated Redoute’s Choice stallion Beneteau (who sired only two crops before his untimely death at Arrowfield Stud on the day the couple celebrated their 25th wedding anniversary in January, 2013) and sent their Dehere mare My Dear (his last city winner at Canterbury on New Year’s Eve 2003) to him.

Bobbing was the product of the mating. He was foaled virtually outside the Kelly’s home at 3am on November 24, 2013.

The Kellys were overjoyed, understandably. My Dear’s previous two foals (colts by Beneteau and Nicconi) never had the chance to make it to the racetrack. One died from a foreign disease and the other from a severe bout of colic.

Bobbing was a slow maturer, and Kelly gave him only one start as a late three-year-old at Hawkesbury on May 9, 2017. In what was to become his trademark finish, he came from last in a 1000m Maiden Plate to be narrowly beaten by Japhite.

A fractured splint bone put him on the sidelines for a lengthy time and he did not reappear until 12 months later when fifth (coming from near last on the turn in a 13-horse field) in another 1000m Maiden Plate at Goulburn on May 28 last year.

It was the only unplaced performance in his so far nine-start career, which has yielded four wins and as many seconds.

Kelly has had only 19 city runners since My Dear won at Canterbury on December 31, 2003. His last was Guilietta at Canterbury in May, 2010.

Bobbing is Hawkesbury’s sole qualifier for the Provincial Championships Final, and will be the trainer’s first runner at Randwick since 50-1 roughie McNugget was unplaced on the Kensington track on June 21, 2007.

The talented Bobbing will be no such odds when Kelly makes a long overdue return to headquarters on Saturday.

Given all that the popular couple has been through to get on to the big stage, it’s a safe bet there will be more than McNuggets on the menu that night if the brown gelding overpowers his rivals.

If fate has anything to do with the result, surely destiny awaits!