On the back of a recent eye-catching city performance, Shadow Flight ($6 on TAB fixed odds) looks hard to beat in the TAB Stand Alone Saturday Benchmark 70 Handicap (1600m), especially with stable apprentice Brandon Griffiths lessening his weight by 2kg.

The lightly-raced Duporth five-year-old belied his $101 odds when he steamed home, after being slowly away, to finish fourth to Ligulate in a Benchmark 70 Handicap (1400m) at Warwick Farm a fortnight ago on a soft track. 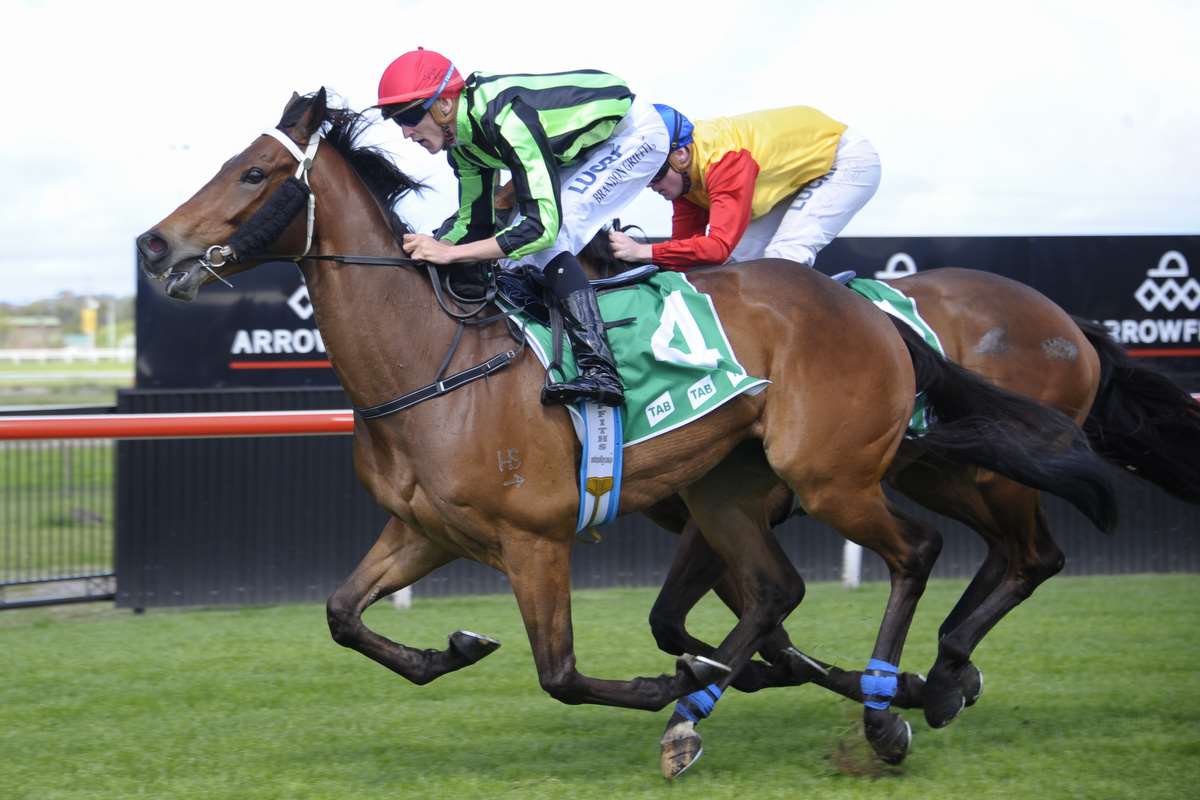 The form from that race is a strong pointer to Thomsen notching his first victory at home since the now retired Rather Sweet scored there in a Class 1 Handicap (1000m) on November 23, 2017.

Three horses - Grimoire, Red Currant and McCormack - who finished behind Shadow Flight that day, have all won at their next start, and runner-up Vega is lining up in Race 7 at Warwick Farm today.

Cape Wickham at $5.50 (11th in the Warwick Farm race) is one of Shadow Flight’s rivals in tomorrow’s six-horse field.

Thomsen, chasing his fourth success this season, has 12 horses in work and says Shadow Flight is flying the flag for him.

“I bought him as an untried two-year-old from Hobartville Stud for $20,000 and didn’t race him that season,” Thomsen said.

“Whilst I’ve felt from early on he would really come into his own when he gets over a middle-distance, I have taken my time with him because he has been so immature, physically and mentally.”

Two of Shadow Flight’s five wins to date have been at tomorrow’s distance (1600m); the other three at 1400m.

Only once has Thomsen tried him beyond 1600m, and he finished fourth in an 1800m Maiden Plate at Hawkesbury in September 2017 toward the end of his second preparation.

“When Shadow Flight won over 1600m at Kembla Grange last October before a break, it was a very testing track (Heavy 9) and he was strong through the line,” Thomsen said.

“So the wet track tomorrow isn’t going to trouble him at all.

“He has trained on well since his second-up run at Warwick Farm and this race does look suitable.

“But I’m looking forward even more to getting him up to 2000m after this.”

Fellow Hawkesbury trainer Garry White will be an opponent for Thomsen with Redemption Road ($4.40). He trains for Hobartville Stud’s Grahame Mapp, and like Thomsen, has also taken advantage of an apprentice’s allowance.

Robbie Dolan’s 1.5kg claim will lessen Redemption Road’s weight to 58.5kg. The gelding has been ridden by Brenton Avdulla (partnering rival China Gale ($2.20 favourite) in tomorrow’s race) at his last two starts at Hawkesbury, winning a Benchmark 64 Handicap (1300m) on February 24 with 61kg before stepping up in class when fifth to Grimoire in a Benchmark 76 Handicap over the same course on March 20.

Singleton will use a nose roll for the first time on Niccirose, and has removed winkers. The Nicconi three-year-old has raced only four times for placings at Orange and Hawkesbury in October and November last year.

On resumption, he finished fourth to Superium in a Bathurst Maiden (1100m) on March 17. Mitchell Bell rode him then and sticks with him tomorrow.

Jay Ford goes on to Niccirose’s stablemate Snatcha ($51), who is first emergency for the Irresistible Pools and Spas Class 1/Maiden Plate (2000m).

Hawkesbury this morning had an upgrade to a Soft 7 with the penetrometer reading improving from 5.91 to 5.35.

The rail is 3m out from the 800m to the winning post and in the true position for the remainder.