Trainer Claims: "One Of The Toughest Horses I've Had" (Hawkesbury, Mon)

Hawkesbury trainer Garry White rates Dunatun the “toughest horse I have put a bridle on” and feels he is in a suitable race to regain winning form on his home track on Monday. 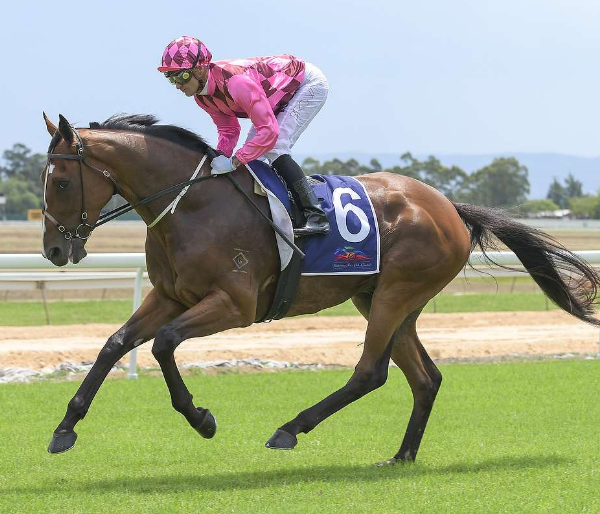 Dunatun (Corey Brown) prior to a Hawkesbury win. Image by Bradley Photographers

The former Queensland mare is unbeaten from two starts there over the sprint dash, including last year’s Hurricane Handicap at the Cup carnival.

Dunatun, a Snitzel four-year-old, has won four (three at home) of his 27 starts and is lining up for his fourth start in just under a month.

“He has been carrying big weights, and is a very difficult horse to place,” White said.

“But I noticed this race in the calendar and thought it would suit him.

“He is coming back 300m from his last run, but likes Hawkesbury and has got a good record over the 1100m here. I’m sure he will be very competitive.”

Two of Dunatun’s three home track victories have been at Monday’s distance. He debuted with a Maiden Handicap success on December 17, 2017 and then scored again over the 1100m with 61kg in a Benchmark 64 Handicap on October 25 last year.

Dunatun carried 61.5kg when a half-length second to Maddison Avenue in a Benchmark 64 Handicap (1400m) at home on February 21, then backed up six days later at Rosehill Gardens and, from an awkward alley, finished sixth with 59kg to Bangkok in a Benchmark 70 Handicap (1300m).

White is enjoying another successful season – he has prepared 12 winners so far – and goes to Monday’s meeting (which coincides with the Adelaide Cup fixture at Morphettville) with three good chances.

Shadow Ace, a Testa Rossa three-year-old, is making her debut. She has trialled on three occasions, all at home, once last June and then twice last month: “Her recent trials have been good, and she has ability,” White said.

Brown Thomas has raced twice since a lengthy break; the latest when fourth to Lashes in a Class 1 Handicap (1100m) at Hawkesbury on February 21: “His last run was good,” White said.

Brown Thomas’ sole win from seven starts so far was when he carried only 52kg in a Hawkesbury Maiden (1300m) last July before spelling.

Fellow Hawkesbury trainer Matthew Vella is chasing his third win of the season with Pacific Legend (Mitchell Bell) in the Livamol Maiden Handicap (1400m). He scored with Bad Boy For Love at Hawkesbury in December and again at Bathurst in January.

Vella has only a small team in work, but his breaking-in and pre-training commitments ensure he has little spare time. He broke in the unbeaten and exciting young sprinter Classique Legend – a runaway winner for Randwick trainer Les Bridge on the Kensington track on Wednesday – and says Pacific Legend (raced in the same Hong Kong interests) is a work in progress.

“Pacific Legend has loads of ability, but also has issues,” Vella said. “I’m hoping he can win on Monday if he does everything right, but I’ve got no doubt he will be a better horse next time in work.”

A four-year-old by 2012 Cox Plate winner Ocean Park, Pacific Legend made his debut when third to Commute in a Wyong Maiden (1100m) on February 19. He had trialled twice – at Warwick Farm in January and Wyong in February – after joining Vella from Bridge’s stable.

Jockey Blake Shinn sustained a serious neck injury when dislodged from Pacific Legend in a Randwick trial last August, and was sidelined until he made a successful return at that track on January 26.

The rail is in the TRUE position for Monday’s meeting, and the track this morning was rated a Good 4.