It is a high quality provincial program at Wyong on Thursday but punters will have to wait for the final event of the day for the best bet. 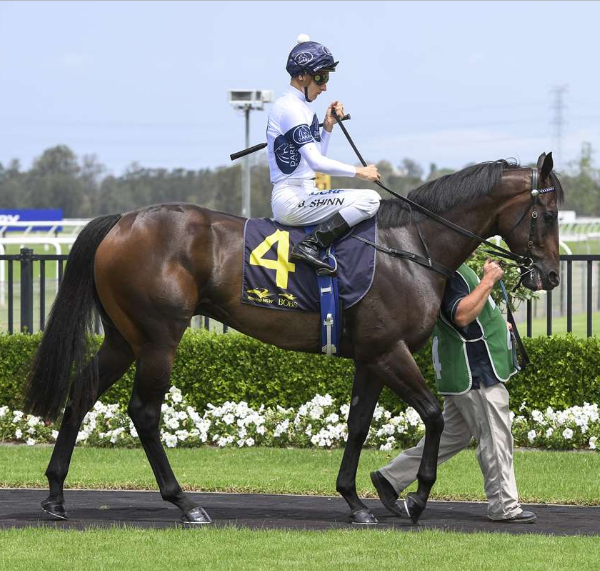 The Kim Waugh stable - on a high after the quinella in last Sunday's Polytrack Provincial Championships Qualifier - will saddle up the promising three-year-old Holy Reign ($2.10 favourite on TAB fixed odds) in the Iris Foundation Benchmark 64 Handicap (1600m).

The gelding has been in exceptional form this preparation with a first-up second at Taree followed by subsequent victories at Kembla and Newcastle.

Holy Reign gave the impression in his last two starts that he won with something in hand.

Blake Shinn rides on Thursday and he will have a nice trail off the speed from the rails barrier.

RACE 1 (WYONG PROV CHAMPIONSHIPS MDN, 1200m): Sir Owen ($3.20 fav) is ready to win after finishing second behind the smart Kylease first-up at Gosford two weeks ago. He should have a nice trail from the rails barrier and 1200 metre trip is more to his liking. Canzonet ($5.50) was runner-up at Gosford recently and should finish in the placings while stablemate Buoyancy ($3.80) went OK on debut in September and he has trialled well.
SELECTIONS 5 SIR OWEN, 1 CANZONET, 2 BUOYANCY

RACE 2 (WESTPAC RESCUE HELICOPTER SERVICE MAIDEN, 1350m): On The White Turf's ($5) first-up run at Newcastle recently was an eye-catcher. The filly was slow away and she finished powerfully from the tail of the field to finish fourth over 1200 metres. She will appreciate the longer trip. Blast ($2.50 fav) was placed ay Randwick on debut in July and he has had two recent trials. Canyonero ($5) is fitter for two runs this prep.
SELECTIONS: 8 ON THE WHITE TURF, 1 BLAST, 2 CANYONERO

RACE 3 (COAST SHELTER MAIDEN, 1600m): Pop Girl ($1.85 fav) is knocking on the door after four placings from five starts. She was narrowly beaten at Canterbury last start and she was placed on this track in January. Loveseat ($7) beat Pop Girl home at Kembla three weeks ago and she has raced well here. Estroverto ($8) was placed in a strong race at Newcastle two runs back.
SELECTIONS: 9 POP GIRL, 8 LOVESEAT, 3 ESTROVERTO

RACE 4 (COMMUNITY TRANSPORT CENTRAL COAST MAIDEN, 1100m): Ariege ($2.30 fav) resumes here on the back of a Warwick Farm trial win. She was placed in a classy maiden field at Hawkesbury in November after racing fiercely during the run. Vermont ($5) is on debut after two recent trial wins and she has speed. Camellia Legend ($5) looked good in a recent Gosford trial win.
SELECTIONS: 9 ARIEGE, 5 VERMONT, 12 CAMELLIA LEGEND

RACE 5 (COMMUNITY & BUSINESS WOMENS NETWORK CENTRAL COAST NSW BENCHMARK 64, 1200m): Segalas ($2.60 fav) has very good form at Wyong and she resumes here after a recent trial. She was narrowly beaten on debut at Wyong in September then she led all the way to win on this track in October. The Soloist ($3.70) won two races at Goulburn last prep and she won a recent Warwick Farm trial. Mighty Marmalade ($7.50) has a win and four seconds on this track and she is racing well.
SELECTIONS: 6 SEGALAS, 8 THE SOLOIST, 4 MIGHTY MARMALADE

RACE 6 (CENTRAL COAST CENTRE RIDING FOR THE DISABLED BENCHMARK 64, 1200m): Queen Ablaze ($3 fav) was strong to the line when she won first-up at Gosford recently. She has two wins and a second from four starts and the 1200 metres won’t be a problem. Kanavu ($4.40) flashed home when narrowly beaten first-up at Gosford while Hubble ($4.20) resumes after an easy Port Macquarie win in November.
SELECTIONS: 3 QUEEN ABLAZE, 2 KANAVU, 6 HUBBLE

RACE 7 (VINNIES SHOPS CLASS 2, 1350m): Sunreel ($3.80) returns after being luckless in the Group 3 Spring Stakes at Newcastle in September. She won two on the trot at Kempsey and Newcastle last prep and is very promising. China Gale ($4.40) won well on this track in July and he went to the paddock after an easy Kembla win in August. He trialled OK recently. Oakfield Twilight ($6) has been runner-up in his past two.
SELECTIONS: 6 SUNREEL, 3 CHINA GALE, 8 OAKFIELD TWILIGHT

RACE 8 (IRIS FOUNDATION BENCHMARK 64, 1600m): Holy Reign ($2.10 fav) is chasing a hat-trick of wins after impressive victory’s at Kembla and Newcastle recently. He won with something in hand at the country class meeting at Newcastle and he will have a cosy run from the rails barrier. Zeppelin ($2.60) races well here and he has twice placed in the city recently. Disgraceful ($9.50) drops in class and went well on this track two starts back.
SELECTIONS: 4 HOLY REIGN, 1 ZEPPELIN, 2 DISGRACEFUL