The Australian racing industry is mourning the overnight passing of former top jockey John Marshall, 60, following a battle with cancer.

“John competed with distinction in an era with an abundance of great jockeys and his combination with the legendary Bart Cummings was one of the most successful partnerships in racing.

“We pass on our sincere condolences to his family on losing such a wonderful man so close to Christmas.” 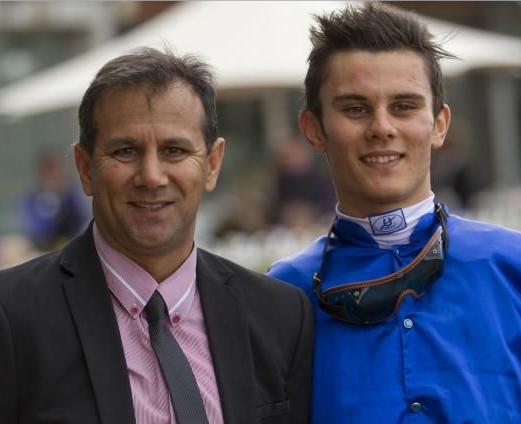 The late John Marshall pictured with his son, Taylor

John’s sole Sydney jockeys’ premiership was during the 1987-88 season when, with 86 wins, defeated Jim Cassidy (65 wins).

He retired in 2000 having ridden against the likes of Ron Quinton, Darren Beadman, Malcolm Johnston, Jim Cassidy, Wayne Harris and Kevin Moses.

Taylor’s biggest win was aboard Zephyron in the (Listed) Lord Mayor’s Cup at Rosehill Gardens. He is currently riding in Queensland.

John Marshall is survived by wife Debbie and his greater family.