One of the world’s great jockeys, Hugh Bowman, has taken out an unprecedented fourth Nathan Berry Medal during this afternoon’s Day 2 of The Championships at Royal Randwick.

Bowman claimed first points on Day 1 of The Championships with the victory of Noble Boy in the Newhaven Park Country Championships Final and two races later on Microphone (Inglis Sires’) and from thereon, he created an unassailable lead.

The 38-year-old sealed his Medal win today aboard superstar Winx as she powered away with the Longines Queen Elizabeth Stakes at her farewell appearance. 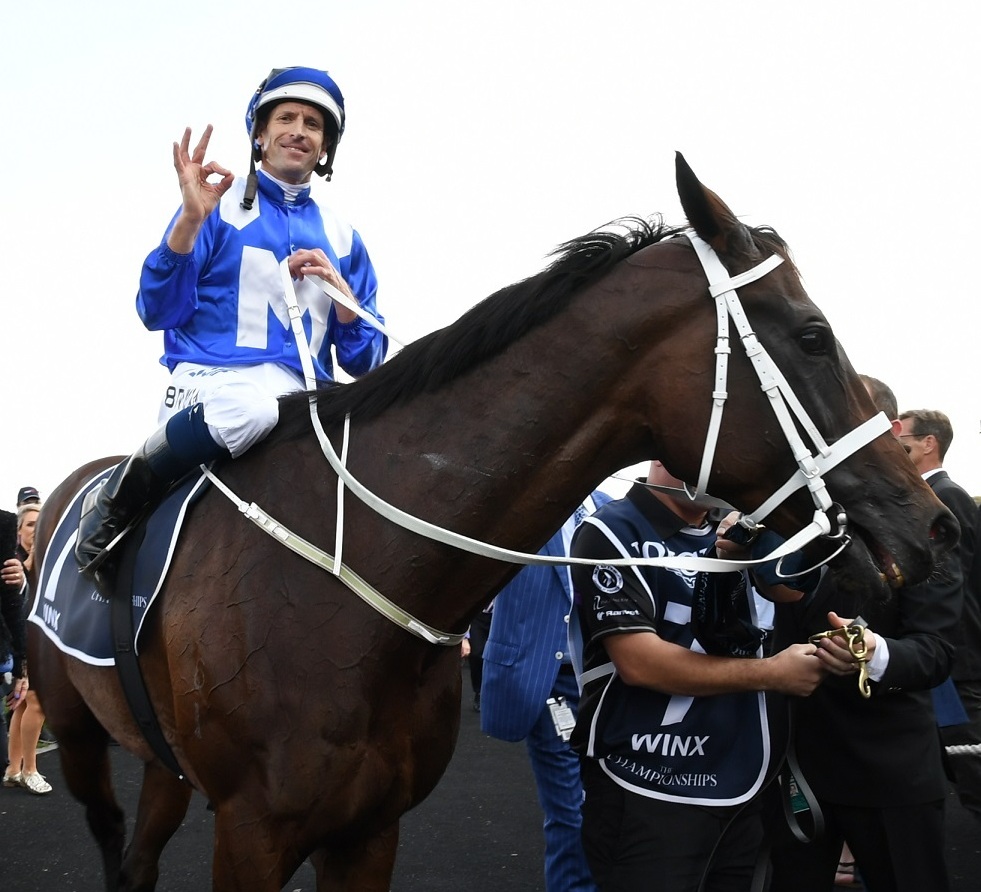 “The Nathan Berry Medal is a prestigious award that honours a popular young man that was not only a top-class jockey, but a person held in high regard throughout our industry,” said Racing NSW’s Chief Executive, Peter V’landys AM.

“Congratulations go to Hugh Bowman in winning the award for the fourth time. He is a world-class jockey that continues to reach new heights in his profession.”

Nathan was 23-years-of-age and had great success riding 351 winners with his biggest win aboard Unencumbered in the Magic Millions in January 2014.

The Nathan Berry Medal point score is determined on a 3-2-1 basis across the 10 Group races as well as the Finals of the Country and Provincial Championships.

The Medal is unique as it features his initials ‘NJB’ in the same font Nathan carried on his racing jodhpurs and is adorned by a light blue & dark blue ribbon – mirroring the colours he carried on Unencumbered.