Worthington Steeled For Another Personal Battle

It can be a tough gig to train a racehorse, it’s not an easy task to do it while you’re battling cancer.

Warwick Farm trainer Rick Worthington has spent more time in hospitals than at the track in the past few months since brain tumours were discovered back in April. That’s on top of the melanoma that was diagnosed in 2012.

You could forgive Worthington for not wanting to talk racing at this time. But he wants to talk.

Earlier this week he was at the Farm watching Steel Diamond, who races at Randwick on Saturday, complete her preparation but come Wednesday he had to rush to Royal North Shore Hospital and faces the uncertainty of what comes next. 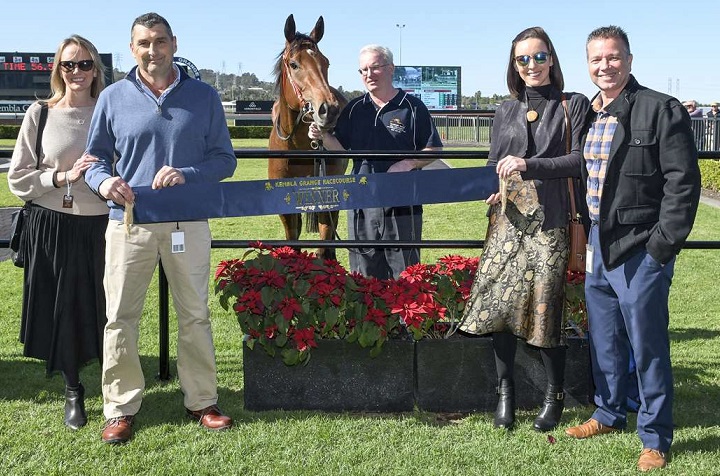 Not that long ago Worthington had encouraging scan results that said three tumours had stopped growing, MRI scans this week will likely decide whether another operation is required.

“The thing that hits home is Professor Alex Menzies, the oncology professor I deal with through the melanoma institute, said to me if I was to have surgery and anything goes wrong what’s my position,’’ he said.

“If radiation doesn’t work and we do surgery and it didn’t work, I said turn the switches off and let me go.

“I struggled for the last six or eight weeks learning to walk again because I couldn’t walk after what happened with the tumours and the right side was paralyzed.

“It’s hard work, really hard, and I’ve never felt more debilitated. We revert back to the game plan. And the game plan was, has and always will be, you can’t go past the next stage until you get to it.

“Once we get the MRI we’ll know exactly what we are dealing with.’’

Worthington will turn 60 in a few weeks and it’s his almost decade long battle with cancer, it started with a mole on his back, which requires him to get scans four times a year that might have given him a head start in this fight.

So when he got up on Tuesday night and had no balance, couldn’t hold himself up, and felt terribly sick he knew exactly what to do.

“It got progressively worse, in the morning I had bad nausea and headaches so we didn’t muck around and came straight in,’’ he said.

“I’ve always had stage four cancerous melanoma that pops up everywhere, the brain tumours have only been very recent times. I’ve never been cancer free sadly, the tumours in my lungs and other areas are still there but they stopped growing.

“I’m still on cancer treatment and having scans every three months, I’d only just had the scans six weeks prior to when I started to get dizzy and fall over. If it had been another six weeks before I got scanned, I’d have been potentially too far gone.

“It affects your business, if people think you’re going to die they’ll move on to the next guy and I don’t say that disrespectfully because you have to run a business as well.

“I don’t know what to say, I can’t just throw my hands up and say to the next guy do you want to take this horse because I’m sick and you might do a better job than me because you’re there 24/7 and at the moment I’m not.

“To say it affected me professionally over the last nine years would be an understatement. I do what I do with horses because it is a passion, I love the horses and getting them going.”

After listening to Worthington’s story, and double checking he’s happy to have it told, it’s a little amazing to think he wants to talk about Steel Diamond.

But the filly, who will be four on Saturday, is a horse he’s always had plenty of time for and this is a man who knows what a smart horse looks like – it’s easy to forget he’s trained the likes of dual Group 2 winner Whitefriars and stakes winners Honesty Prevails and Sainthood to name a few.

When Steel Diamond scored her first city win at Rosehill a month ago Worthington was at the Chris O’Brien Lifehouse, a cancer hospital at Camperdown, and it made his day.

“I was sitting on the end of a bed in the hospital with the doctor and he was going through things with me,’’ he said.

“I said to the doctor ‘I’m not being rude but would you mind if I listened to this race’. I shed a tear. It’s been nine years this journey.

“It was very emotional in many ways. I had said to Geoff before the race I thought I had everything covered and the key factor we had been missing was the wet track.”

Since then Steel Diamond, who was $4 favourite with TAB in the ATC Thank You Owners Handicap (1400m) on Thursday, finished third behind Lewis over 1500m at Rosehill.

At the times when the trainer hasn’t been able to be at the track his staff have kept him right up to date with the stable’s progress and particularly Steel Diamond.

What he saw of her in the flesh this week tells him she has plenty more to give in this preparation.

“They’re a pretty amazing team. When I’ve been in hospital I’ll get a video of the horse working, hear the jockeys comments and look at the bloods,’’ he said.

“I made the decision to keep her going, she needs more seasoning and toughening up. We have rain and that’s what she needs and we have a mare in good form so don’t stop.

“I’ll be asking Jason (Collett) to have her where she is comfortable and not drawing near the rail she won’t be cluttered up, which she doesn’t like, and she will need to be able to travel consistently on the back of a genuine speed and bit by bit quicken up. She should be hitting the line really hard.’’

Where Worthington will be come Saturday isn’t yet decided. He had hoped to be trackside, prior to what happened on Tuesday night, to cheer on his filly.

He may still be in hospital, he may be at home. He said it’s a hard fight but he decided long ago giving up isn’t an option.

“For me the best is yet to come, but will I get a chance to show it? Maybe, maybe not,’’ he said.

“I just want to try to enjoy what I’ve got the best I can. I don’t want to die.

“If we were to win on Saturday that’d be wonderful. Hopefully I can get some reasonable news and light at the end of the tunnel and continue to do what we do.’’