Winx Hits Sixty As She Goes On Trial For Another Autumn

It's a remarkable testament to Winx's durability, and the management of her, that the champion mare will head to the barriers for the 61st time in her career when she kick-starts her 2019 autumn campaign on Tuesday morning. 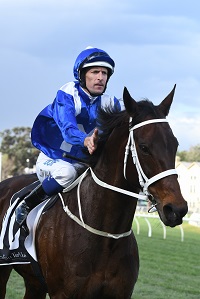 Winx is back at the trials at Rosehill on Tuesday. (Pic: Steve Hart)

When Hugh Bowman is legged on board Winx at Rosehill Gardens it'll be her 22nd barrier trial to add to her 39 race starts - so 61 times officially under saddle and that's not counting her many race day exhibition gallops.

Sure, it’s easy to say that trials are different to race day and it’s safe to assume Winx knows it.

But she will still be saddled up, paraded before the media and public, sent off to the stalls and go through the routine of a race just without the full pressure being applied.

Winx certainly won’t be out to break any records in the 900m trial that also includes Group 1 winners Ace High and Alizee – you only need to look at her stats to see that.

The seven-year-old has a well documented 33 wins from her 39 starts, including 22 Group 1 wins, and just under $23 million in prizemoney.

But barrier trial Winx has had 21 starts for two wins and nine third placings.

Chris Waller will tell you that each of those 20 trials have directly contributed to the Winx that has won those 33 races.

He often rolls out the football analogy that a trial is ‘like a pre-season match’ for Winx and is treated accordingly.

“She is ready for a trial, so it works to do it on her home track. It will be the same as she usually does in the trials,” Waller told the SMH last week.

“She is not out there to win, just to have a good morning out as part of the preparation.’’

The first look at Winx for 2019 will be heavily scrutinised. Waller has said she’s showing no signs of age catching up with her as she heads into her final racing preparation.

Nobody watching the trial will care where Winx finishes – history will tell you that will be somewhere between third and seventh for a first trial – they’ll be looking at how she finishes.

Cast the mind back to when she appeared on July 23 in her first hitout ahead of the spring, also over 900m at Rosehill, and it’ll probably be an accurate preview to what we’ll see on Tuesday.

Bowman let her settle out the back, she was widest on the bend and he only let her move in the last 100m to pass a couple of rivals.

No doubt with 29 wins on the trot there’s nothing left for Winx to prove.

As she enters the farewell tour it’s time to savour what an amazing achievement that is and what she’s done for racing.

And all being well in a month’s time – February 16 – the tour begins in the Group 2 Apollo Stakes (1400m) at Royal Randwick.

The second leg will be an attempt at a fourth straight Group 1 Chipping Norton Stakes (1600m), also at Randwick, on March 2 before a homecoming and also a fourth Group 1 George Ryder Stakes (1500m) at Rosehill Gardens on Golden Slipper Day (March 23).

All that leads to Queen Elizabeth Stakes Day, the second day of The Championships, at Royal Randwick on April 13 and a day for the ages.

It’s a day to mark down in your diary now because if Winx is there, as everyone hopes and is anticipating, it’ll be standing room only to cheer one of the all-time greats off into the sunset.

Watch Winx's Rosehill barrier trial at Racing NSW at 8.15am on Tuesday.