Williams Building A Bridge To Conquer The Black Dog

Just over a year ago emerging apprentice Chris Williams was celebrating his first city winner but within two months he quit racing and didn’t really want anything to do with anything.

Williams revealed he lost a quarter of last year to the black dog. After over a decade of keeping it in and pushing the depression down further he just had to face it. 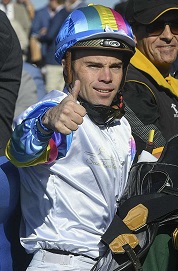 Chris Williams after winning on Akasaki in the Where There's A Will colours at Scone. (Pic: Bradley Photos).

At 27, Williams is on the older side for an apprentice but he’s spent half his life trying to excel at sport – first at rugby league as a schoolboy but when size put paid to that he turned to life in the saddle.

“Racing had been a distraction for a long time until recently,’’ Williams said.

“Everything filled up like a bottle and it overflowed, it became too much.

“Because racing is so demanding it wasn’t fair on owners and trainers that I wasn’t putting in 110 percent and I felt like I needed the break.’’

While the apprentice ranks in Sydney are currently dominated by the likes of Robbie Dolan and Sam Weatherly, since Williams joined the Les Bridge stable he’s served notice he’s a young rider of the future.

He knows that now but, as he prepares to ride Bridge’s speedy mare Zonk at Randwick on Saturday, he’s detailed what led him down the dark path in his mind and, importantly, what has helped the light come back in.

Williams hails from Bourke, or more specifically his parents have a farm between Brewarrina and Carinda, and he did his schooling at St Gregory’s in Campbelltown.

It was there the feelings of isolation started to creep in, he lost a close friend to cancer as a teenager and had his rugby league hopes crushed all in the space of five years or so. On their own these are difficult things to deal with, in combination they started to eat away at him.

“I was a young kid from the middle of nowhere and going to a big place,’’ he said.

“I had a best mate who was diagnosed with Leukaemia when I was 13 and he beat that but got bone cancer and died at 16. That took a big toll on a lot of us.

“I didn’t make it to the heights in footy that people promised. I was selected for junior NRL clubs but didn’t get to the right weight or height that I wanted.

“The worst part was I was told the talent was there but I wasn’t growing.

“When I got into racing I had a best mate who committed suicide on Christmas Eve (in 2015), that was a massive shock.’’

It was a special moment for Williams when he rode Akasaki to victory at this year’s Scone carnival in the 'Where There’s A Will' colours of a foundation his friend’s mum and dad started in 2016 to raise mental health awareness in schools.

Some people seem to be able to handle anything, perhaps for a while Williams thought he was one of those people. But you have to admire his decision to stop, deal with it, and find a way to move forward.

His first taste of stable life came with Anthony Cummings over four years ago, he spent a good chunk of time in Peter Nestor’s stable at Dubbo then about 14 months ago moved to the Wyong base of Kim Waugh where, in his own words, “I was flying’’.

Chris Williams posts a special win on Akasaki at Scone

In the three months he spent away from race riding, most back home on the farm, he found encouragement from some unlikely sources. But they are shining examples of how the racing industry supports its own.

“I was absolutely flying and even though I was in the best form of my career it all came apart. It was no-one’s fault,’’ he said.

“Cameron Crockett messaged me a lot, I’ve had a good association with him, asking me how I was going. Brett Thompson was another.

“I rode a bit for Brett and I wouldn’t say we were the closest of mates but he called me one day. He said to ‘take as long as you want, that it was a hard road to go down but not to give up’.

“That played on my mind. I needed it, my life has been full on with sport since I was 13.

“With what I was going through, taking the time was to make sure I was healthy and in the right headspace when I came back. Not having negative thoughts and putting other people in danger.’’

So that explains the noticeable gap of more than six months between winners last year.

When he did come back Williams did it quietly. He found a place with Bridge and was working there, riding trackwork, and also working on enjoying life until stewards were satisfied he was ready to ride again.

“It was like a three month trial and Mr Bridge was absolutely brilliant,’’ he said.

“He said put all that stuff in the past and focus on what is in front of you, it’s a new start and look forward and work hard and that’s what I’ve been doing.

“I can’t thank Mr Bridge and his team enough for what they’ve done for me. It was tough when I came back, I was struggling to get rides but he said to be patient, ‘we’ll get you on a winner then you’ll be off and you won’t have to worry about me helping you out’.’’

Zonk was Williams’ first Saturday city winner when she scored three weeks ago and he’s looking for back-to-back wins on the mare in the Wilson Asset Management Handicap (1200m).

He says Bridge has told him that his job is a simple one – he has to make the 59.5kg after the claim feel like 55kg to the horse. That’s not an easy one but Williams knows what the master trainer means. 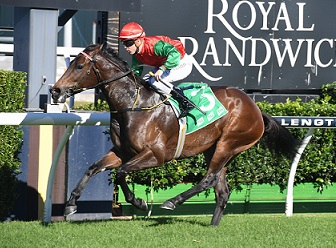 “She has a lot of speed out of the gates so we will jump and we won’t have to do too much work,’’ he said.

“If they want to go flat stick she doesn’t have to lead. If she can repeat her last run she will be right in the finish and with a bit of luck we’ll have another winner.’’

Life in the Bridge stable is buoyant at the moment and Williams is proud to be playing a part in the career of The TAB Everest runner Classique Legend.

He’s actually the grey’s trackwork rider, except for his main gallops when Kerrin McEvoy takes over.

“When I first got here I rode him in trackwork, we went three quarter pace and I had to put a couple around his backside to get him to go,’’ Williams said.

“My first thought was ‘what is this slow thing’. Then he had his first gallop when he was fit and I came back with the biggest grin on my face, I was gobsmacked.

“I’d never sat on anything like this and when I came back I said to Les and Carmel (Size) ‘this thing is a freak’.

“I normally ride him every morning beside his main gallops when I get on something to set the pace and watch him fly past, that’s a thrill in itself.’’

* If you are having issues with depression or mental health contact services like Lifeline or Beyond Blue.