If you didn’t know he was talking about a horse when you listen to Pat Webster reflect on Happy Clapper’s career you’d be forgiven for thinking he was an old mate. And he was.

Webster says he could never prepare for the day Happy Clapper bowed out of racing but that day came on Sunday and he can’t thank the horse enough for what he’s done. 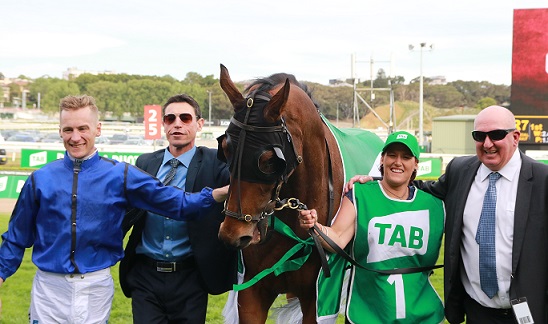 He’s not talking about the Doncaster Mile win that Webster regards as his proudest moment, or the $7.3 million he earned in 48 appearances, or the fact he buttered up against Winx more than any other horse.

“Without Clapper I don’t know where we’d be,’’ Webster said.

“I have a big thing going with Racing NSW with the apprentices and Racing Mates and the drug and alcohol counselling and that’s all because of him.

“I just hope this can happen to someone else, another small trainer who just has six or seven in work.

“Just remember Happy Clapper was a homebred, he wasn’t a $1.5 million yearling. When he came here he looked like a donkey, he still looks like a donkey but he’s a $7.3 million one now.’’

Only a trainer like Webster could refer to his ‘champion’ as a donkey and get away with it.

Happy Clapper was retired following his seventh placing behind Addeybb in Saturday’s Longines Queen Elizabeth Stakes – his fifth straight attempt at the cornerstone of The Star Championships.

We don’t need to run through a blow by blow of his career but, from his 48 starts, Happy Clapper won 12 races including three Group 1s and was placed in another 10 majors.

He completed the Epsom-Doncaster double in the 2017-18 season, and tackled Winx 11 times, running second to the legendary mare on five occasions.

That, according to Webster, is a huge part of his legacy and why Clapper is so popular with the public.

“He hasn’t done what a horse like Redzel’s done, winning two Everests, but I think he might be more popular. Clapper’s renowned for all the times he took on Winx and even though she was too good he tried to make it competitive.”

Webster said he called Happy Clapper’s breeder and owner Michael Thomas following the Queen Elizabeth and they agreed the race should be his last.

While he couldn’t be there for that final race Webster said the nine-year-old was in good hands with his strapper and companion Ainsley Fox and that more people than just him will miss working with the gelding.

“There’s a guy called John Burke, he’s 78 and in lockdown, he’s put so many hours into Clapper every day and he wasn’t able to be there,’’ he said.

“Ainsley Fox rides him work and straps him and looks after him, the farrier Steve Head, it’s going to affect a lot of people who have put in time on him. 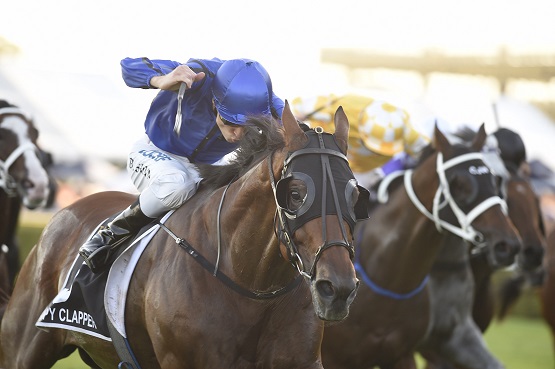 “You’re not prepared for it. I did know (it was coming) and out of the owner and the trainer it was always going to be harder for me to let go.

“Michael said ‘at least you can put me on block now, I hate seeing your name come up on the phone’.

"He never used to like to pick the phone up because he’d think something was wrong but that’s an owner-trainer relationship with a good horse. No news is good news.

“I can’t explain what he means, I can’t put it into words. I’m a bit of an old softy, I cry when I’m watching the happy movies. But I’ve finally come to the realisation that he’s going.’’

Happy Clapper is going to a very good home, with Webster confirming he’s being handed over to Mal Fitzgerald and Team Thoroughbred NSW for his post-racing life.

As for Webster, a couple of years ago he joked the day Clapper retired he’d also be hanging up the bridle.

But he’s not making rash decisions, as he points out he still has a couple of horses to train and his roles with Racing NSW.

“It keeps you alive and keeps your mind going, it’s always a challenge training horses because there’s always something going wrong,’’ he said.

“Sometimes I look at people when they give things away and they die. I don’t feel like that yet.’’