He trains the reigning Everest and Golden Eagle winners but what excites Chris Waller the most going into 2020 is the strongest bunch of two-year-olds he's ever had and a filly who could just be the new star we're looking for.

The champion trainer is about to start rolling out some of his stable of stars, including Yes Yes Yes and Kolding, in trials this month in preparation for what could be an autumn of highs in a season that will complete a decade at the top of Sydney racing. 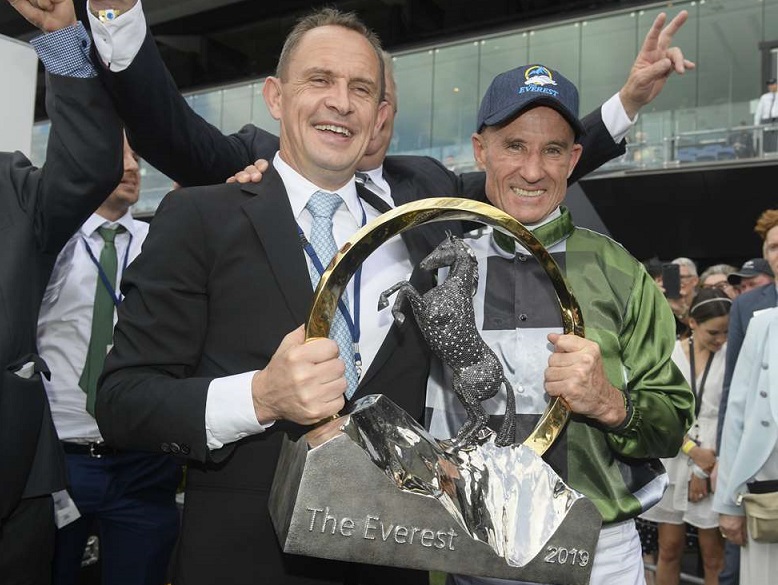 And his first season in the post-Winx era.

As Waller sat down to run through his plans for the legion of headline acts in his stable, he revealed some gems like winning a Golden Slipper isn’t priority number one though he'd love to have one on the shelf, he doesn’t know how good Funstar could be and the horse he feels has been forgotten.

Breeders’ Plate winner and Golden Slipper second favourite Global Quest is among the first cabs off the rank at Thursday’s Randwick trials along with Bondi Stakes winner Kubrick, Shared Ambition and Reloaded.

“What I’m most excited about is our two-year-olds, we have a good crop but you won’t see it until next year,’’ he said.

“It’s the best crop of two-year-olds we’ve ever had. But if we win a Golden Slipper it will be with a brilliant, ready made, two-year-old that gets there by him or herself.

“We’re not going to change anything with how we train our young horses because it’s working so well.’’

Everest champion Yes Yes Yes has his first trial on January 21 along with star sprinter Nature Strip while Funstar also steps out around that time.

Waller said Yes Yes Yes will have a Sydney finale, before he heads to Royal Ascot probably with Nature Strip, in the Group 1 $2.5m TJ Smith Stakes (1200m) on April 4.

“With Yes Yes Yes he’ll either run in the Eskimo Prince (February 8) or the Lightning, I haven’t decided yet.

“The TJ is a definite, I’d have to work out what weight he’d get in a Newmarket but the TJ seems the logical last run in Australia before we prepare him for Ascot.’’

With Nature Strip due to resume in Melbourne, Waller said it’d be unlikely the pair would clash first-up meaning Sydney racegoers are set to see plenty of their Everest champ.

On the subject of the TAB Everest, Waller said there’ll be little change to the formula of selecting a runner for his syndicate’s slot in Australia’s richest race.

“All I know is I’m under a lot less pressure this year than I was last year,’’ he said.

“It’s an important decision to make sure you get the right horse.

“From what we learnt this year I wouldn’t be going too quick but I’d encourage owners to get in quick. A horse like Nature Strip, you’d be trying to lock it in straight away.’’

Waller is in a quandary as far as where Kolding, who has been a revelation since he was gelded, will kick off due to uncertainty over whether he could secure a run in the All Star Mile.

If he decides not to go down that path Waller is keen for Kolding to pick up where Winx left off and target races like the Apollo Stakes, Chipping Norton Stakes and George Ryder Stakes but said a Queen Elizabeth is not in his thinking for the four-year-old.

“He’s an interesting horse, he just keeps getting better. The most impressive thing about win in the Golden Eagle was how he won it, it was pretty explosive.’’

The Queen Elizabeth is shaping as the target for last year’s Australian Oaks winner Verry Elleegant who Waller says is “10 per cent’’ better this time around mentally.

She won the Hill Stakes third-up in a mixed four start spring preparation and would likely take the weight-for-age path to the $4m showpiece of The Championships.

“(The mental side) is her only downfall, she struggled to eat well through the spring and I was always on the back foot.

“Realistically she is a Queen Elizabeth horse but she will have to be back to her best to do it.’’

Runaway Flight Stakes winner Funstar is a horse Waller says has limitless upside and he doesn’t know where the ceiling is.

The filly will resume in the Group 1 Surround Stakes (1400m) on February 29 and you get the sense Waller thinks she could complete any task he sets her beyond that.

“She’s won all the right races and she’s coming back as a more mature horse,’’ he said. 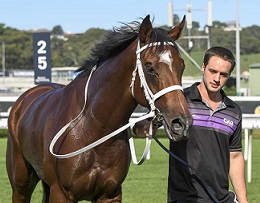 Reloaded is back after missing the spring (Pic: Bradley Photos).

“There are so many unknowns but one thing we do know is she’s very good. I just don’t know how good she is.’’

Waller revealed Finche is unlikely to race in the autumn but his promising stayer Shared Ambition will have the chance to continue his rise along with accomplished stayers like Come Play With Me and Shraaoh.

There are also some imports waiting in the wings but of all the Waller brigade, what horse is the one he thinks is flying under the radar?

“I have a soft spot for Reloaded, a horse everyone seems to have forgotten about,’’ he said.

“I think he can come back and be one of our main Guineas horses and a Doncaster horse.’’

Reloaded missed the spring and hasn't raced since his third in the Group 1 JJ Atkins in June. He is expected to resume in the Eskimo Prince and follow the traditional path to the Randwick Guineas.