“Sid was an extraordinary individual. His passion, kindness and determination to assist people less fortunate than himself is the benchmark we should all try to attain,” said Mr Peter V’landys AM, Racing NSW Chief Executive.

“Sid was also a stalwart for the NSW racing industry with immense contribution, especially in the provincial sector. We send our deepest condolences to his family and friends.” 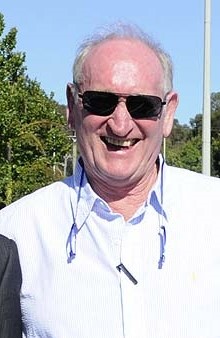 Mr Kelly, 78, joined the Hawkesbury Race Club Board on 31 March 2003 and served as Vice-Chairman for many years. He then served as Chairman during 2020 until October of that year before retiring from the Board due to illness.

As well as his valuable contribution to Hawkesbury Race Club for more than 16 years, Mr Kelly supported many charities with his time and energy.

He has long been affiliated with Rotary Club of Windsor, having previously been President.

“Sid’s battle with cancer was courageous and inspiring, and we send our condolences to his family and many friends,” said HRC’s CEO, Mr James Heddo.

Mr Kelly is a long-time racehorse owner and owned Reibycroft, a 100-acre boutique stud in Freemans Reach where his horses are broken-in and spelled.

Mr Kelly is survived by wife Carolyn and his greater family.