The Waller Machine Glides Along Smoothly

“It was interesting when she retired.’’

She, of course, is Winx. For as long as he lives Chris Waller will be inexorably linked with the champion mare. That’s an amazing thing for any trainer.

But it did make Waller sit back and evaluate things. When you’ve been responsible for the career of a legend it surely must make you wonder what comes next.

If the 11-time Sydney champion trainer ever did ponder that question the answer won’t surprise anybody - the machine will roll on.

“I was never at the crossroads, there was a sense of relief but at the same time I knew we couldn’t relax,’’ Waller said.

“Straight away we won an Everest and a lot of Group 1 races with new horses so that’s been very rewarding. 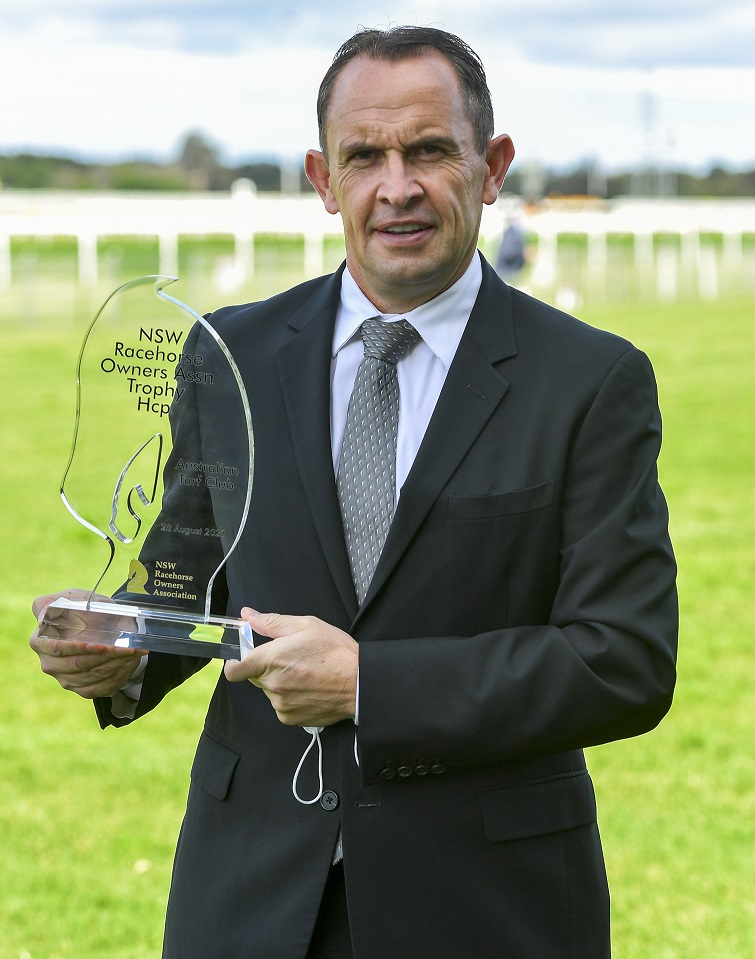 Chris Waller has been at the top of the Sydney trainer's table for the past 11 years. (Pic: Bradley Photos).

“So the desire is still there to keep finding good horses and keeping a high level of excellence.”

Those comments quickly tell you that for all he’s achieved in the space of a couple of decades, Chris Waller has no intention of slowing down or winding back.

You could forgive anyone with the spotlight on them for so long for wanting to retreat a little but at the end of the day racing is a business as much as it is a passion.

And we all know Waller is a stickler for planning, for having effective systems in place in his stables, and for knowing what he wants.

“Your thoughts change every couple of years and you never really know what lies ahead,’’ he said.

“Whether it be Golden Slippers or another Everest, I’m not too fussed if we don’t win one but we have the right team to win them. I think the next 10 years will be pretty good.”

When a twentysomething Chris Waller set up a small stable at Rosehill in 2000 he did it knowing it would be hard work. Could he have imagined then how much that hard work would pay off?

“It’s not something I reflect on too much, I certainly did in the early days, but I would never forget those people, when I first arrived, who helped me out and gave me the opportunity to train in Sydney,’’ he said.

“Whether it be from Racing NSW through to owners to people who gave me accommodation and who allowed me to expand at the right time. I’m very appreciative and very grateful for the opportunities I had.

“There’s been a lot of steps on the ladder that’s got us to where we are today.

“It was pretty straightforward for the first seven or eight years, apart from trying to survive and continuing to improve your name because getting good horses to train the early days was hard.

“I feel for some trainers in Sydney at the moment who don’t quite get the opportunities they deserve. Winning my first premiership I thought at the time ‘that’s great’, I’ve achieved at a high level and I can just keep doing what I’ve been doing and everything will be easy’.

“I quickly learned the expectations were there that you had to constantly perform, constantly be winning big races and the level of criticism started to grow. Only a small population but it’s amazing the amount of small talk that gets listened to.

“So we had to make sure everything was so professional, no room for error and to do that it’s a lot more labour intensive. It hasn’t changed much until now, it’s a very demanding industry, there’s no room for error.”

You don’t have the success Chris Waller has without people you can trust around you Waller is always quick to credit his large team for their contributions, loyalty and dedication to getting the best results for owners.

Countless horses have flowed through the Waller yard but it all started with two horses most would never have heard of – Ocean Run and Party Belle.

He was training at Foxton in New Zealand and boldly opted to campaign the two in Sydney in the winter of 1998. Party Belle won three straight at the provincials and returned a year later to record a hat-trick in town.

By 2003 the Foxton stable was closed and Sydney had become a reality.

“Ocean Run was a pretty good horse and you never got to see the best of him in Australia and Party Belle was the travelling companion,’’ he said. 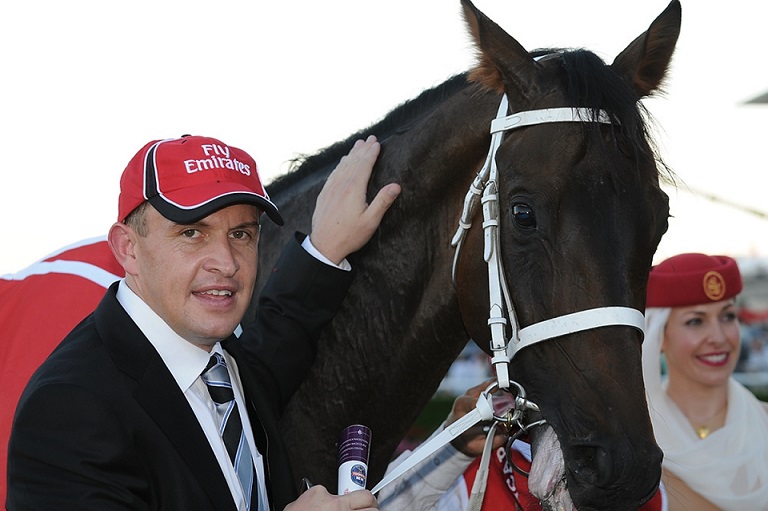 “The seed had been planted, the Sydney Turf Club had just built boxes at Rosehill and I bought half a dozen horses over including Party Belle in the next year and she didn’t win another race.

“Every city race you’d win the phone would ring and give you the opportunity to train another horse and it was as simple as that every year since.

“It’s been an honour to be training some very good horses throughout my career. From your first winner, your first Group 1 winner, the first stallion you make, and then obviously Winx was the pinnacle.”

When asked to name a few horses close to his heart Waller it’s no surprise that he started with Triple Honour. The horse that gave Waller his first Group 1, in the 2008 Doncaster Mile, and with it the confidence to know he could compete at the highest level.

Rangigrangdoo was also a Doncaster winner and introduced the trainer to Neville Morgan, a relationship that continues with Kolding and Kukeracha among the recent success stories.

Waller describes The Autumn Sun as “simply an amazing racehorse”. Brazen Beau helped open doors in the northern hemisphere when he ran so well at Royal Ascot.

Zoustar’s performance at stud, as well as on the track, is a source of pride for the trainer. Then there’s the old marvel Who Shot Thebarman, a Sydney Cup winner at nine years of age.

“There’s many horses that mean a lot to me that didn’t win Group 1 races,’’ he said.

“There’s been so many important horses along the way, probably more important than the likes of Winx, just to get you through certain stages of your career.”

In 2017 a new concept was introduced into Australian racing when the TAB Everest was born.

Waller says the Sydney spring carnival revamp is something that was badly needed and he wanted to be involved in the new race. So with a group of his owners Chris Waller Racing purchased one of 12 slots.

The TAB Everest quickly established itself as the nation’s premier sprint race and added glamour, excitement, and high stakes to the spring to the point that Waller said it won’t be too long before it is the pinnacle of Australian racing.

“I didn’t expect it to have an immediate impact but the whole world is talking about this race,’’ he said.

“And the concept is so good. Along with it has come new interest in racing. Non-racegoers are having a better understanding of racing and showing a bit more interest.

“It creates a talking point basically 52 weeks a year and there are so many aspects of The Everest we haven’t yet learned.”

As it turned out Waller didn’t have a runner in the inaugural TAB Everest, his slot was handed to the Gerald Ryan-trained Deploy, but he’s been a major player in each year since highlighted by the track record breaking win of three-year-old Yes Yes Yes in 2019.

For the third year running Nature Strip, currently the world’s highest rated sprinter, will tackle the TAB Everest – he’s finished fourth and seventh in his two attempts - but this time in the CWR slot after being the first horse locked in for this year.

The now seven-year-old has been a real project horse for Waller and we’ve seen him as both a vulnerable target and a lethal weapon, no greater example of the latter in his second Group 1 TJ Smith Stakes win in the autumn.

“In previous years he’s had to break hearts to win races. Now he’s controlling races in himself and doing it the right way,’’ Waller said. 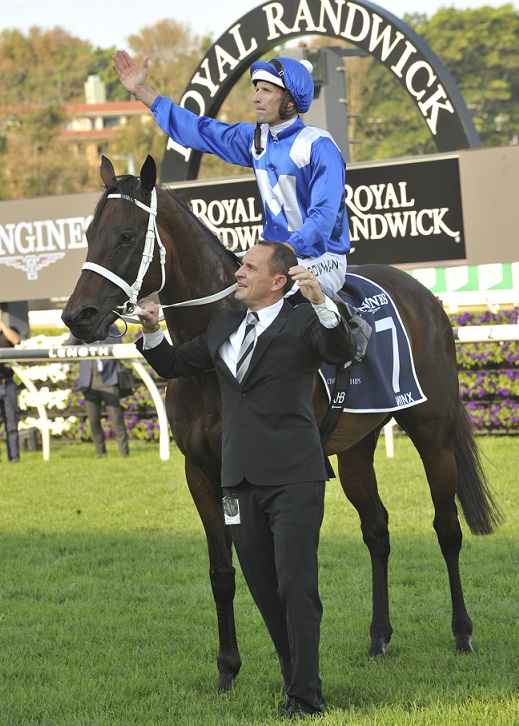 “Because of his speed he got away with a lot of races. But it’s not just a 100m sprint.

“It’s like a 400m race in human terms and you can’t just go 1000 miles an hour and expect to be there at the finish. You need a gear at the finish and that’s what has developed with him.”

It was once theorised that if Waller trained Winx to win an Everest she could beat the best sprinters around. That theory was never tested but the champion mare challenged Waller in other ways.

Winx was a talented young horse but it wasn’t until the winter of her three-year-old year that everything fell into place and she became invincible, starting her run of 33 straight wins which realised 25 Group 1s.

Through the next four years Winx taught Waller how to deal with pressure, not just racing pressure but the type that comes from being a public figure. Winx was the public figure but he was the spokesman and while he appeared to take it all in stride it was far from comfortable.

It’s probably not likely that another Winx will walk into the Waller stable but the whole experience became a valuable lesson.

“It changed everything in terms of how to deal with certain situations and the level of expectations,’’ he said.

“To deal with it was different phases. First was getting used to it, secondly trying to enjoy it and to understand the responsibility a champion racehorse brings. How important they are for racing.

“It’s an amazing experience I was certainly looking forward to the end of but, looking back at it now, it was a huge privilege and a great honour.”