The Strapper And Her 'Gentle Giant' Happy Clapper

No Ainsley, no Clapper.

That was what Pat Webster texted back when I was chasing the number of Ainsley Fox for an interview, Happy Clapper’s trackwork rider and strapper.

“Being a trackwork rider you are put on so many different horses and change around so much that it’s difficult to get a bond like I do with ‘Clapper’," said Fox.

“I’ve gone out to see him spelling in the paddock and as soon as I hopped over the fence he came running over.

“He followed me everywhere. I sat down and he had his head in my lap. He is about 17 hands but a gentle giant.

“A horse like him, I’m the lucky one. I thank Pat for the opportunities he has given me to be involved with such an amazing horse and it’s such an amazing ride for all of us. It’s a small team and we’ve all been so dedicated.

“Pat mentions me a lot after races, but John Bourke has been at Pat’s since the day Clapper first arrived while Paul Sempf and plenty more past employees have all had a role to play in making him the horse he is today.”

Fox and Happy Clapper have been a team since 2014.

Happy Clapper had just returned from a year off after a wild fox ran under him at trackwork one day and he bolted, injuring himself. At that point, Happy Clapper was still a four-start maiden.

“I had been told he was a bad puller and when I saw the size of him I thought ‘how the hell am I going to hold him’ but lucky for me we connected straight away,” Fox recalled.

“He’ll hear me come in of a morning, stand at the front of his box and wait. Butter wouldn’t melt in his mouth.

“He knows his routine and loves it. He is an absolute gentleman on the ground but not so much to ride. He is very strong and loves to gallop. 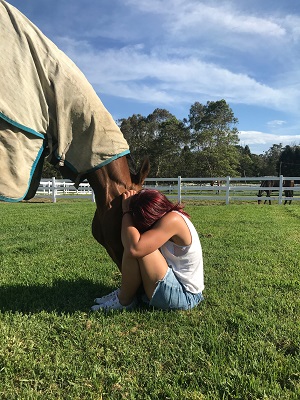 “In work, if he shies at the mile gap when you are cantering him around you know you’re in for a hard trip. That’s one of his quirks.

“If he doesn’t get worked he knows he is racing that day too – he’s a smart horse.”

Fox marvels at how an eight-year-old can return stronger again but fortunately for her, every preparation he also comes back a touch more relaxed.

“At the races early days, he used to be a handful, he’d send me into the flower beds walking around the parade ring and he can still be handful now, but he knows his job,” Fox said.

“I fell off him once. That was from him spooking at a bit of grass, leading into his first Doncaster run.

“We were trotting down to the track on a windy morning and he was so well that he got a fright from a bit of grass shaking in the wind, off he went without me.

“Before he wore the ear muffs he used to shy at everything.

“I’d be walking down the lane way onto the Randwick track and if there was a wheelie bin or a pile of shavings, he’d shy the whole way down and then the whole way home.”

Fox, born in NZ, was first introduced to racing by a school friend whose sister was a jockey. For a fleeting moment she considering following that path herself having ridden ponies since she was eight and having ridden equestrian at a professional level.

At age 24, Fox, packed her bags for Australia chasing warmer weather and better opportunities within the industry she had fallen head over heels for. After lasting a week in Perth due to the heat, the now 32-year-old landed in Sydney.

“I had nothing lined up. I got a few numbers off a friend here, had a few interviews and started off with Jim and Greg Lee. If it wasn’t for them I wouldn’t be where I am now,” she reflected.

Fox spent four years with the Lee brothers but when they cut down in numbers Pat Webster moved quickly to hire her.

There was another three years with Webster before he too downsized. Webster still wanted Fox to ride Happy Clapper and does, despite working full-time for Anthony Cummings. 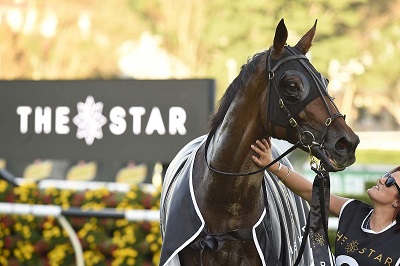 All eight of her working years in Sydney have been spent at Randwick so it’s no surprise that Happy Clapper’s Doncaster Mile win, having run second to Winx and then It’s Somewhat in the race twice prior, stands out for Fox.

She instantly recalls the date, 7th April 2018, like it was an anniversary – to Fox, it is.

“That was a really special moment for me and everybody that is involved with the horse.

“I had my family there that day over from New Zealand, my partner and closest friends.

“Everyone was there to support us, and it was magical.”

When asked to describe the relationship between human and horse to someone who doesn’t work with them day in day out, Fox paused for a moment in thought.

“That’s not an easy question,” said Fox, buying herself some time to think, “When you see the horse, the horse sees you.”

So simple but it so perfectly captures that often, inexplicable connection.

Fox’s belief in Happy Clapper runs so strong that she’s more than once headed to the races thinking today was the day he’d topple Winx.

“But she keeps proving me wrong,” Fox laughed, “You don’t want to see a horse like her get beaten, but you also kind of want to beat her.

“To be running second to a champion like her is a pretty amazing feeling. She is a champion but so is he in his own right, I love him to bits!”