The First Man To Winx At The Champ

The phenomenon that is Winx has been witnessed by hundreds of millions of people around the world, and that’s being conservative. With her growing international profile it’s perhaps even into the billions now. However, the first person to ever lay eyes on the champion mare was Coolmore Australia’s long-serving foaling manager Patrick Sheehan.

Now the dust has settled on another unbeaten campaign, where Winx stretched her remarkable winning sequence to 29, let’s go back to day dot for a mare that many believe is the best to ever hit a race track in Australia. 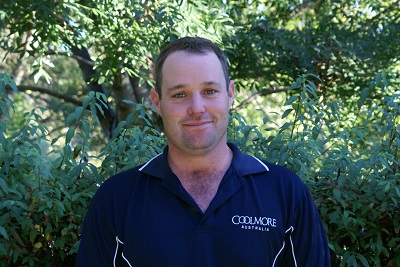 Patrick Sheehan, the first person to ever lay eyes on Winx

It was the 14th of September in 2011 and unbeknownst to Sheehan, Winx’s dam Vegas Showgirl was about to give birth to a freak of nature. A daughter of Street Cry that seven years later, is now the top-earning racehorse in Australian racing history ($22,934,925) and has helped herself to a record 22 Group Ones.

“She foaled during the day, which is relatively unusual and I don’t remember the foaling, which would suggest that it was pretty straightforward,” recalled Sheehan.

“She was a leggy, pretty filly as a very young foal. Looking back on it, it’s not surprising that she has continued to improve as she has matured. She was managed conservatively early on because she was so leggy and a bit weak looking.

“I have seen her at the races since and you can see the frame that she had as a foal is still there, but she has just strengthened right up into it.

“Vegas Showgirl could be tough to deal with at times and it became obvious when Winx was a weanling that she was also strong willed. There was no malice in her, but she was never a passive horse and from what I’ve read of people who have worked with her at Chris Waller’s stable, she is no pushover now either!”

“Winx was a lot like her mother as a foal. She was a lovely colour and had a very attractive head. I didn’t see Street Cry in the flesh but have seen pictures of him and have seen plenty of his progeny, we also had Pride Of Dubai through our system on the farm and he stands here now, but Winx clearly inherited the strength that Street Cry is known for passing on, although it wasn’t until she got older that it became obvious,” said Sheehan. 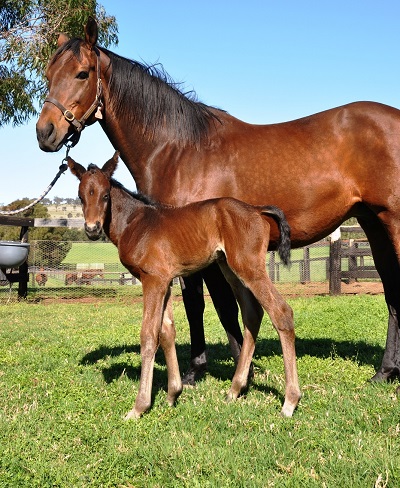 “Winx was with us right through from her birth until we consigned her at the Magic Millions sale as a yearling.”

Winx was purchased by owner Peter Tighe’s Magic Bloodstock for a $230,000 out of the Coolmore draft at the 2013 Magic Millions Gold Coast Yearling Sale.

“I get a great buzz any time I see her race and it is amazing to consider what she has done. To say that I had a small part to play in her life will be something I will be very proud to tell my children when they are old enough to appreciate the significance of it,” said Sheehan.

Sheehan has “lost count” of the number of foaling’s he has been involved in over his 13 year stint with Coolmore but estimates that it would be well over 500.

“The growth of a horse is a very enjoyable process to be a part of, particularly the early stages and I feel very lucky to have worked with a huge number of elite horses. In the last three years alone, 19 graduates of the farm have won Group Ones, which is incredible really,” said Sheehan.

“There are a few foaling’s that stick in my head quite vividly, despite having been so many. One was a Fastnet Rock filly that ended up being called Lumosty. She was a Group Two winner and unlucky not to win a Group One.

“I remember saying to a colleague when she was born that she looked all class, the sort of filly who would win a good race, so I took a particular interest in her career.

“Another one was Little Surfer Girl. She was an Encosta de Lago filly out of Special Harmony, who was a champion. I just remember feeling a little more pressure than usual at that foaling, given she was such a high-profile mare.”

As for what’s next for Winx, trainer Chris Waller has always said that the seven-year-old would tell them when she was ready to draw the curtain on her spectacular career.