Nothing quite captivates punters and racegoers like a bold front runner - it has always been that way.

One of the best exponents of the daring tactic of front-running was Hall of Famer, Jim Cassidy. If ‘Pumper’ isn’t Australia’s finest ever front-running jockey, he is certainly in the conversation. 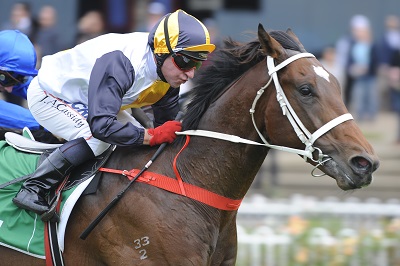 Cassidy in action as he guides home one of thousands of winners during an outstanding career (Pic: Bradley Photos)

Cassidy says it all comes down to ‘feel’.

“The whole thing when you lead on a horse is getting them up underneath you and getting the feel of their timing,” explained Cassidy.

“That feel comes from the mouth, reins and the palm of your hand. Every horse is essentially limited to their own ability, so you have to make the most of it. So, when they lead it comes down to that feel and getting the timing right. If they are over-racing, let them stride that little bit more so they can relax and come back underneath you.

“I always found that it was easier to lead and win a race than it was to come from the back, and the reason I say that is when you are back, there are always traffic problems.

“When you lead, you are dictating the race, the pace, tempo, deciding when to go and when to slow down.”

Cassidy was never afraid of taking off midrace, opening up a break on his rivals or adopting a stop-start approach, the latter you don’t see very often since Cassidy hung up the boots in 2015.

“They don’t do it,” said Cassidy. “It comes down to confidence. If I was in, say, a 1900m race at Rosehill with the tricky start and the first corner 100m out, and I was on a leader, I’d dig it out and have it running to the first corner.

“By the time I got to the 1000m mark they’d be three lengths away chasing me but as they start making up ground, from the 1000m to the 800m, I’m having a breather getting away with a 12.5 second split and by the time they have caught me, they haven’t got time to rest because I’m ducking off again.

“I don’t think enough jockeys put enough emphasis on summing up the race prior to them going out. “They don’t use their own initiative to change things when they need to be changed in the blink of an eye. 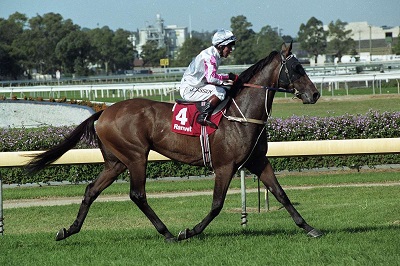 “That’s why a lot of times at Gosford or Warwick Farm, those sorts of tracks, I’d take off and put the rest under pressure, catch them by surprise.”

Of course, in a yarn on Cassidy and front-runners, it’d be sacrilegious to not mention free-striding champion Might and Power.

Cassidy’s suggestion to let him roll in his 1997 campaign was arguably the making of Might and Power, going on to win another six Group Ones.

“I backed Jack Denham’s ability, I backed the horse’s ability and I backed my own ability to be able to do it,” remembered Cassidy.

Another race Cassidy vividly remembers is nearly pinching the Group 1 Champagne Stakes in 2013 on outsiders Fuerza, only to be nabbed by Guelph.

“I was beaten in the last stride on a maiden against a Group One horse. It purely came down to tactics,” recalled Cassidy.

“I said to Bjorn [Baker] I am on a maiden, the best time he is going to run is from the front. The idea in winning a race is taking the momentum out of the good ones.

“I have always admitted I wasn’t the best trackwork rider, but I learnt a lot at the track in the way of feel, riding different horses.”

When Cassidy finds himself mentoring young jockeys, he often brings them back 10 steps from a wall and asks them how many strides it would take to reach it. Most guess five, but it’s only three.

“It just gives them that feel of tempo, the strides.

“Most horses can run 12.5 seconds every 200 metres but the good ones, if you ride them properly, can run 11 seconds but it’s up to you to have that feel to ask them to do that.

“Often in races I’d be three back on the fence and be yelling out ‘get going, get going!’ if they were going too slow. Then I’d come in and they’d ask ‘Pumper, what were you screaming for?’ I’d say you’re giving yourself no chance because you are going too slow. I’d want to help them.

“If you go too slow you are bringing the back markers and horses that are three lengths off you into contention, whereas if you run along at an even tempo the whole race you can take them out of play.” 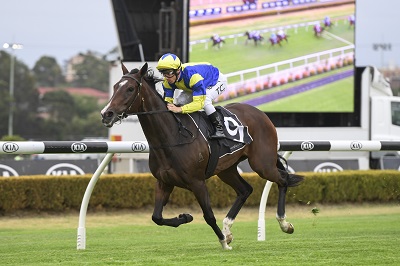 These days, Tim Clark is regarded as one of the best front-running riders in the country and he echoes Cassidy’s advice about tempo.

“One of the biggest things that you can do wrong is try to go too slow,” Clark said.

“Get to the front and anchor drop, if you do that, that’s when you get other horses whipping around you and you’re then getting attacked. I find that you need to flow at a speed so the horses behind you are happy as well, you can go a couple of furlongs before you slowly start to bring the pace back.

“That gives everyone an opportunity to find their spots and then you can slowly take the tempo out of it.

“It’s not an easy thing to do. Like riding backmarkers, there is an art to everything.

“Jockeys just have to trust their horse and get them comfortable because quite often travelling too slow is more of a negative than going too fast.”

Might and Power, Vo Rogue, Sunline, Desert War – you’d need the rest of this magazine to name them all. Front-runners that pushed punters to the edge of their seat.

“The jockey gets a rap, the trainer gets a rap and the punters love the horse getting every chance. That’s what punters want to see.”